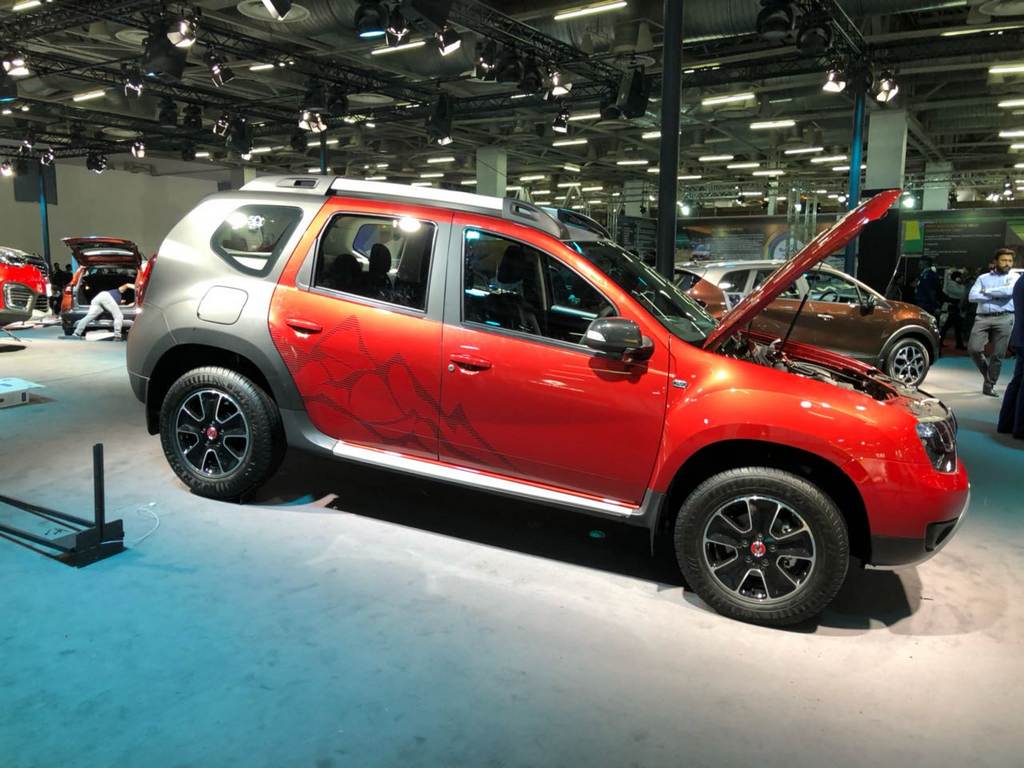 The Duster SUV can be credited with bringing a recognition for the Renault brand in India when it first entered the market. Its downward sales curve in recent years is due to the fact that there were no substantial upgrades through its lifecycle. Renault gave the Duster a facelift in 2016 but amidst the growing competition in the compact SUV segment, it did not help in an expected sales flourish.

With the second generation model more likely to arrive only next year, reports emerged on the internet suggested that Renault could further delay its entry considering the existence of recently launched Captur. The latter, based on the same platform as the Duster, managed to become the bestselling SUV for the French company in November 2017 but it did not stay there for long. 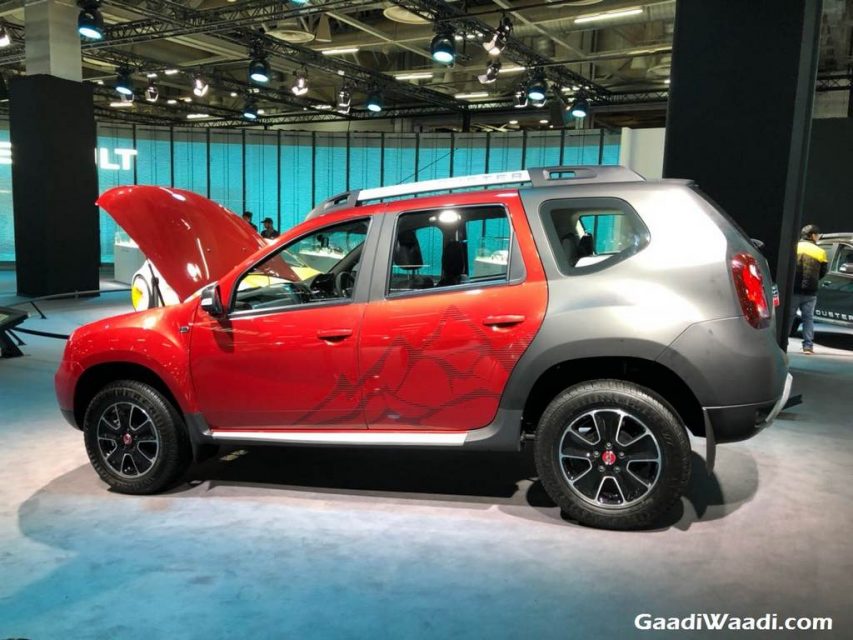 The first month of this year saw Renault registering only 376 unit sales of the Captur and it emphasises on the anticipated arrival of the new-gen Duster as it could set the records straight. Renault could launch the Bose Edition of the Captur in the coming months but from what we have observed at the 2018 Auto Expo, a new special edition of a Duster is also in the horizon.

Through the years, Renault introduced several limited editions of the Duster and the lineup could get another one. At the 14th edition of Auto Expo, a special edition of the Duser was showcased with a different paint scheme compared to what we used to see from showrooms. Wearing a dual-tone red and matte grey shade, it had mountain graphics – perhaps to signify the adventure credentials of the SUV.

Also Read: New Renault Duster Could Launch In India In 2019 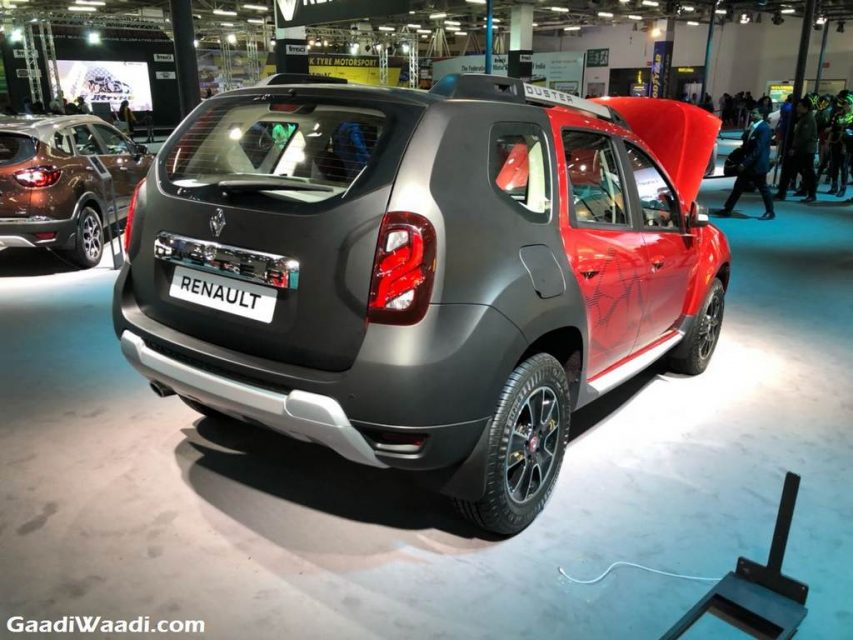 The interior was adorned with splash of red and grey colours as well. We expect the special edition to be launched in the due course of the year with no changes mechanically. The standard Duster takes power from 1.5-litre petrol and 1.5-litre diesel engines and is priced between Rs. 8.51 lakh and Rs. 13.80 lakh (ex-showroom, New Delhi).