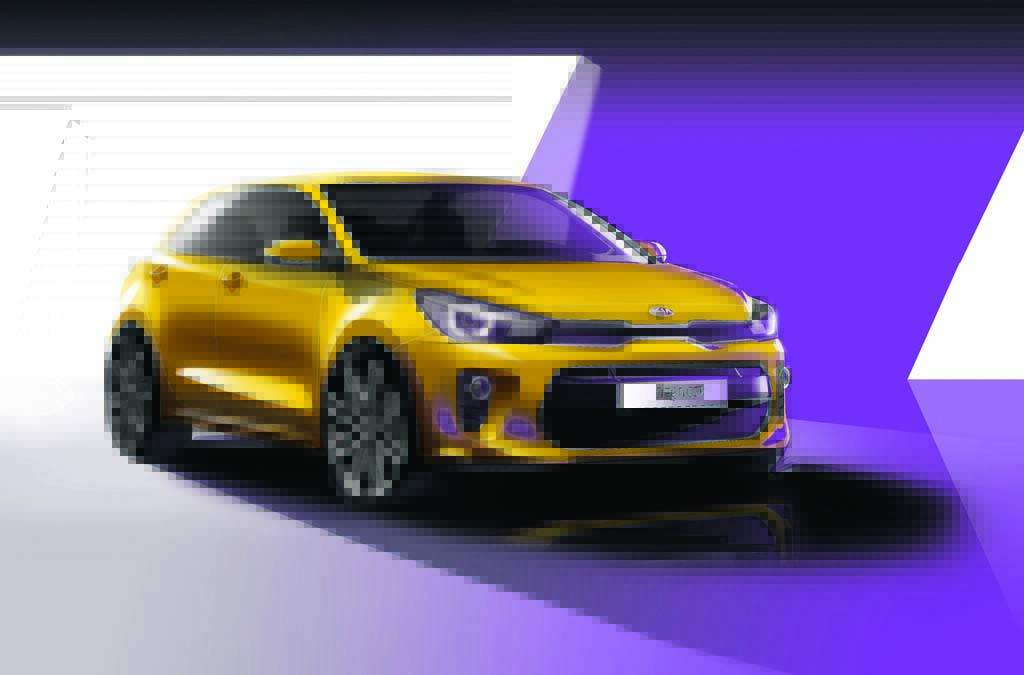 The all New Kia Rio in its fourth generation dons a fresh look inside and out; it will be making world premiere at the upcoming Paris Motor Show

Kia Rio is one of the very popular sporty looking hatchbacks from the South Korean automaker. Ahead of the fourth generation model’s debut at upcoming 2016 Paris Motor Show, Kia has previewed the all new Rio. The company has launched some teaser images, giving us the preview of all new Rio’s exterior and interior designs.

The all new Rio appears to be more aggressive and sportier than ever before in its new guise. The headlamp clusters and the signature Kia radiator grille looks like a single unit; with the headlamp clusters sporting integrated LED daytime running lights and the grille featuring chrome trims. Front bumper too looks beefy with large air intake, vertically positioned air dams at both sides, with neatly placed fog lamps with chrome trims. The hood comes longer compared to the outgoing model, and it also sports subtle creases running toward the nose. At the side profile the car bears sporty and very stylish looking alloy wheels, housed under the flared muscular wheel arches. The significant updates include sharp character lines running between the two bold fenders and the elongated wheelbase.

The rear fascia of the car dons wrap around taillights with LED inserts, roof spoiler, and a beefy bumper; which altogether makes the car sporty looking. The South Korean auto major has revealed an image of the upcoming Rio’s interior as well, which shows the upmarket cabin. It features multifunction steering wheel, a stylish instrument cluster, and a wide sleek touchscreen infotainment system at the centre console. It seems, the dashboard comes with dual tone finish and chrome trims at both the AC vents. The car has been designed in Kia Rio’s design studios positioned in Germany and US. Power source for the upcoming sporty hatchback will include a range of three cylinder and four cylinder engines. Once launched, the car would take on rivals like Ford Fiesta and Volkswagen Polo. Also in the pipeline is the performance oriented Rio GT, which would launch sometime in 2018.