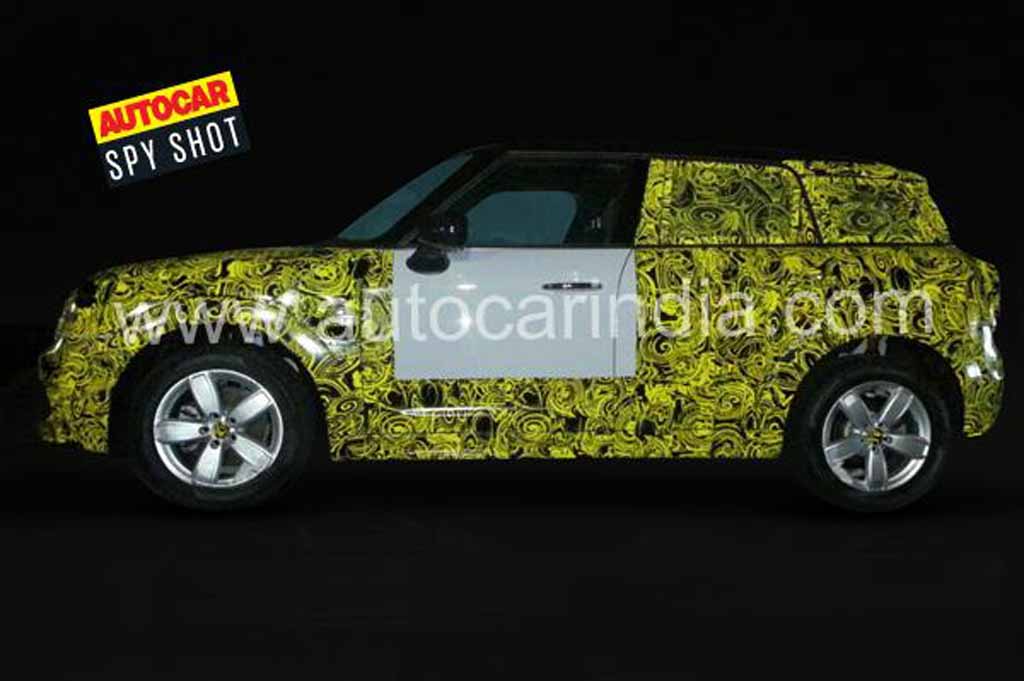 The all new 2016 Mini Countryman has been spied for the first time in India recently. The car is all geared up to make its global debut at the upcoming 2016 Paris Motor Show in October. The car is codenamed as the F60, and it comes based on the German auto manufacturer BMW’s UKL1 platform. Interestingly, the BMW X1 and the Mini Clubman MPV also share the same platform.

This is the first time any BMW group model is spotted in India before its global debut. The luxury compact SUV comes with the signature swept back roundish headlamps with integrated LED daytime running lights. The large front grille gets an aggressive appearence. The front bumper looks aggressive with a wide air intake and neatly placed fog lamps. The upcoming Mini Countryman comes a bit larger compared to the present model. The new model gets a 150 mm of extra length. The present model measures around 4100 mm, while the upcoming model will measure 4250 mm in length. The wheelbase has been increased also by up to 100 mm. These changes ensure the car offers much more space inside the cabin to the occupants.

Inside the cabin the new Mini Countryman sports updated upholstery materials, which are more premium. In terms of features, the new model gets a heads up display. The interior is unlikely to receive major changes. Mechanically, the car will come with some updates. It will use the BMW’s variable damper control. This technology enables the car for the off-roading tasks. It will get the BMW X1’s electronically controlled AWD system. There will be a cheaper FWD version on offer as well. On the powertrain front the new Mini Countryman will get power from a range of engines. Expect a plug in hybrid model as well. The India spec model will get the top end petrol and diesel variants with an automatic gearbox doing the transmission duty. Globally, the car will be available with 6 speed manual and 8 speed automatic transmission options. The car will launch in India sometime in 2017.