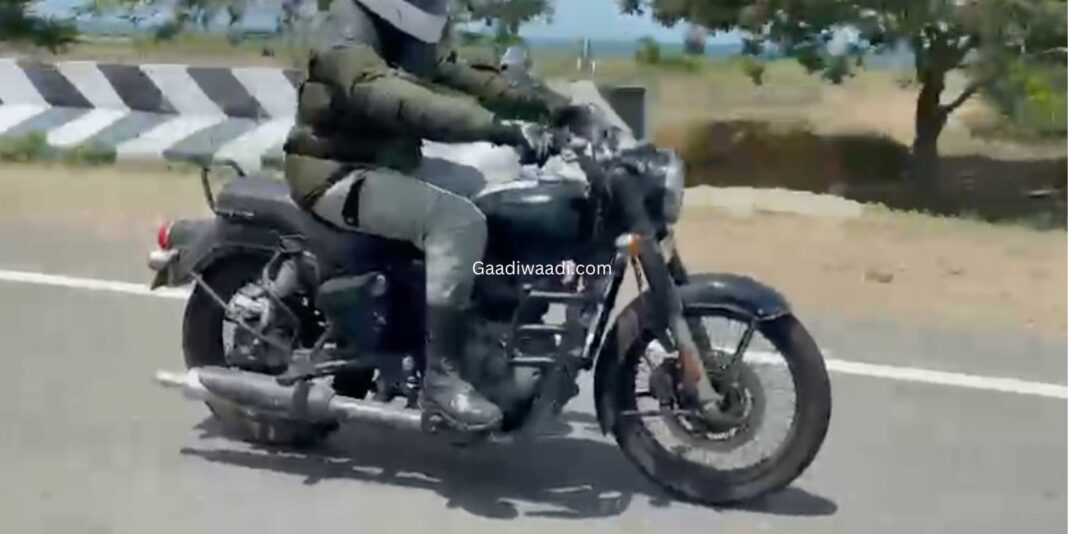 Royal Enfield is currently developing a number of new motorcycles for the domestic market and including the new generation Bullet 350. The brand has also been testing a couple of new liquid-cooled 450 cc motorcycles and a trio of 650 cc motorcycles. The Bullet 350 is currently the most affordable offering from the company and it may stay the same way with its upcoming version.

The test prototypes of the upcoming motorcycle have been caught multiple times for a while and this time in its near-production state as well. We do expect the all-new model to go on sale later this year and it could be priced slightly lower than the recently launched Hunter 350, which has been well received amongst customers.

The forthcoming Bullet 350 will receive the same treatment as its Classic 350 sibling as it will sit on a new double cradle chassis with the J-platform engine as a stressed member. Thus, the 349 cc single-cylinder fuel-injected OHC air- and oil-cooled engine will likely be utilised. It produces a maximum power output of 20.2 bhp and 27 Nm of peak torque.

The powertrain will be linked with a five-speed transmission. The retro-themed motorcycle will have lesser vibrations and improved fit and finish along with the better ride and handling characteristics compared to the outgoing model. It will boast a circular halogen headlamp with silver casing and regular pilot lamps, halogen turn signals and possibly new colour schemes.

The braking duties will be performed by a front disc and a rear disc with a single-channel ABS system and only tubed tyres are highly likely. At the EICMA 2023, RE could showcase the Super Meteor 650 cruiser and the SG650 concept based production roadster ahead of their market launch.