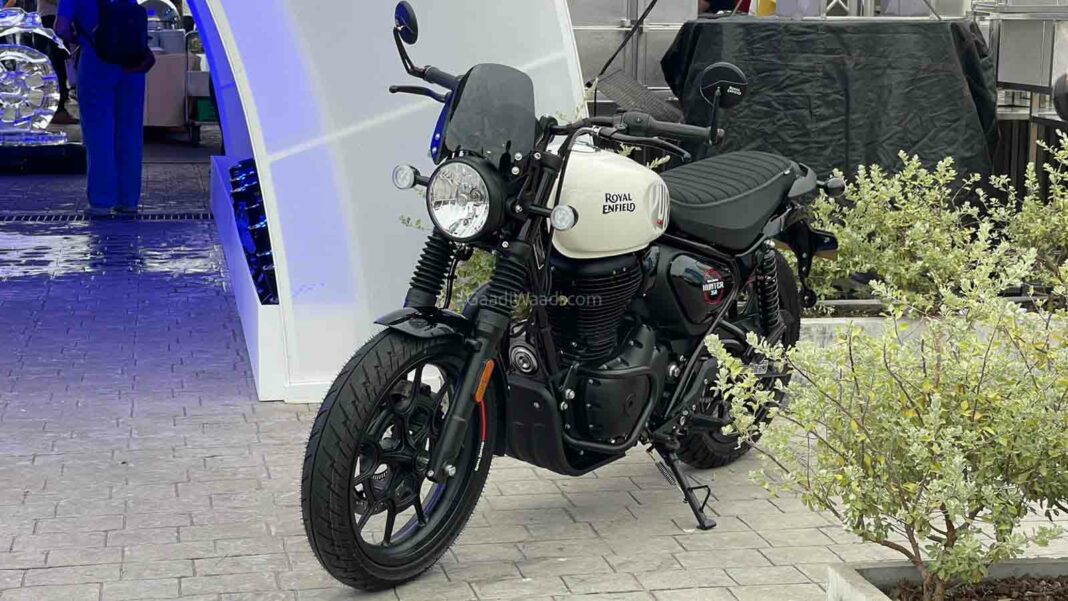 Royal Enfield Hunter 350 finished very close to Classic 350 in the sales charts for the month of August 2022 as 18,197 units were recorded

Royal Enfield introduced the Hunter 350 in the domestic market in early August 2022 and it has been well received amongst customers. The Hunter 350 is the lightest 350 cc motorcycle sold by the brand and is also the most affordable barring the Bullet 350, which is expected to get a new generation in the coming months.

The Royal Enfield Hunter 350 is currently priced between Rs. 1.50 lakh and Rs. 1.69 lakh (ex-showroom) and is offered in Retro, Metro and Metro Rebel variants. The most affordable J platform based motorcycle derives power from a 349 cc single-cylinder OHC fuel-injected air- and oil-cooled engine producing a maximum power output of just above 20 hp and 27 Nm of peak torque.

The powertrain is linked with a five-speed transmission. The Hunter 350 registered a cumulative domestic tally of 18,197 units in the month of August 2022 and it was the second most sold model within the company’s portfolio. It was only 796 units adrift of the Classic 350’s tally and it led the way ahead of others last month. 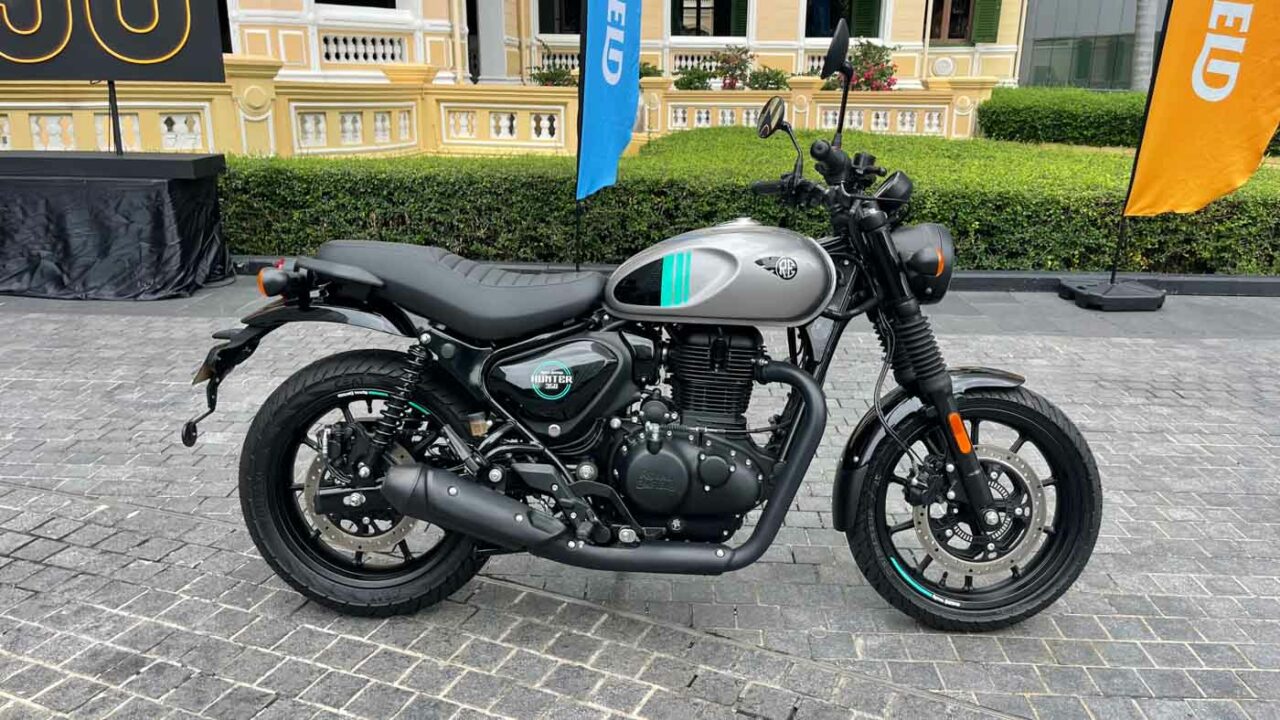 We do expect the Hunter 350 to overtake the Classic 350 in the coming months as it is more affordable while carrying similar underpinnings. Moreover, it is lighter making it appeal to a wider range of customers. The roadster is suspended on 41 mm telescopic front forks and twin gas-charged shock absorbers at the rear.

The Hunter 350 has an overall length of 2,055 mm, a width of 800 mm and a height of 1,055 mm with a wheelbase length of 1,370 mm. The gross vehicle weight stands at 360 kg and a total of eight paint schemes have been made available: Factory Black and Factory Silver in Retro; Dapper White, Dapper Ash and Dapper Grey in Metro; Rebel Black, Rebel Blue and Rebel Red in Metro Rebel.

Other highlights are a dual channel ABS system with a 300 mm front disc and a 270 mm rear disc, a floating instrument cluster with Tripper navigation system, split grab rails in the Metro and Metro Rebel, round-shaped LED tail lamp, black finished alloy wheels, and so on.