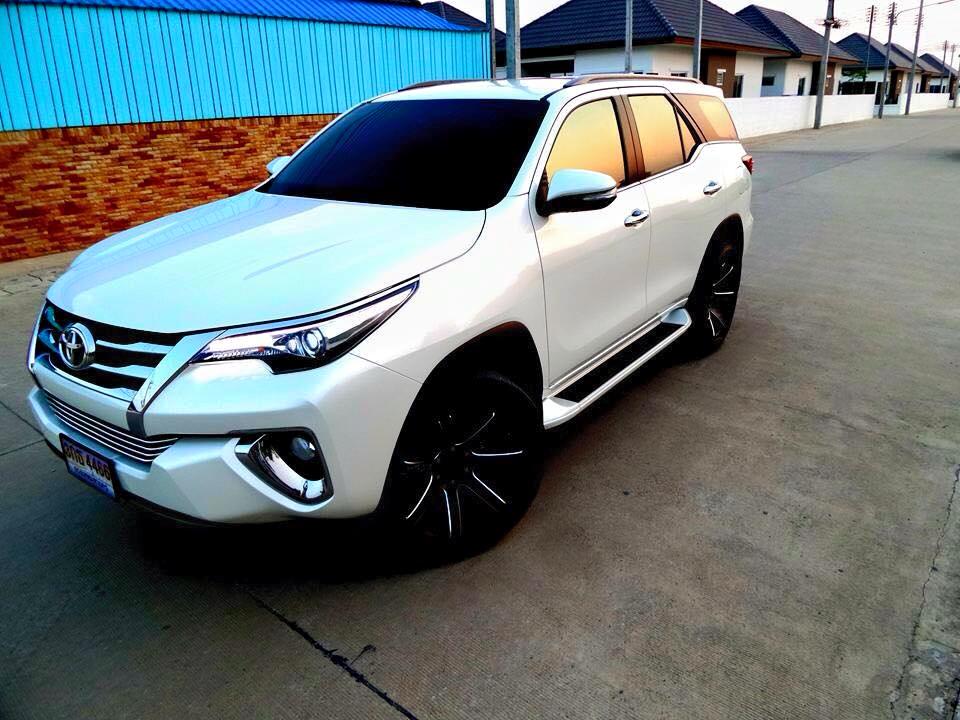 Indian customers are known for their keen love for SUVs and crossovers. The Toyota Fortuner’s popularity proves that very easily. Earlier this year, as an effect of diesel ban the Japanese automaker threatened that it won’t launch the all new Fortuner in India until the issue resolved. With the diesel ban lifted, almost immediately after that we spotted the new Fortuner on Indian roads testing ahead of the launch in festive season.

The new Toyota Fortuner gets a new look, which is very different from the outgoing model, but doesn’t leave the identical silhouette at all. It gets a new grille with loads of chrome garnishing, new set of headlamp clusters, which are sharper and sleeker. The front bumper too looks beefy and aggressive with the wide air intake and chrome trims. The front fascia looks a bit uplifted as well.

The side profile of the car is relatively plain looking and gets new wheel arches which are angular than the outgoing model. The wing mirrors come sporting side turn indicators, while the chrome trim around the blackened glass area, flared lower body, chrome garnished door handles. The rear sports shark fin antenna, roof spoiler with high mounted stop lamps, sleek and wide taillights, a thick chrome bar joining the two taillights, and a muscular bumper.