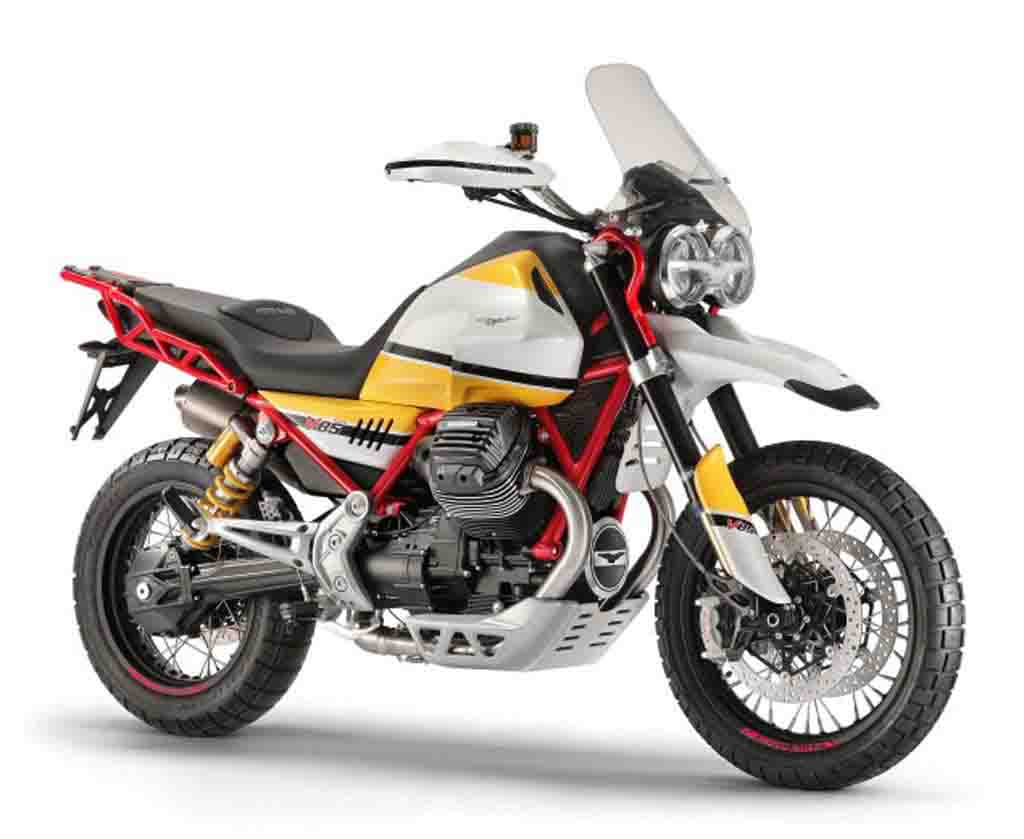 Moto Guzzi is certainly known for its effort to make some exclusively stunning motorcycles and the V85 concept from the Italian brand is something every motorcyclist with an adventurous soul would crave for. The Moto Guzzi V85 concept appears to be inspired heavily by the Stelvio 1200 NTX and it looks very aggressive indeed.

The Moto Guzzi V85 concept is clearly a loud endure model that picks up the design cue just at the place where Stelvio left off. Power source for the motorcycle is an 850 cc engine that is capable of churning out 80 hp peak power. Once produced commercially, the endure motorcycle will sit in between the V7 and V9 family of bikes from the Italian motorcycle brand.

Now, speaking about its design, this motorcycle comes with an eye-catching look. It gets twin round shaped headlamps with LED units and there are chrome bezels as well. The motorcycle features a high sitting front mudguard, tall windshield, fully digital instrument cluster. Also, it gets wide handlebars with knuckle guards and the turn indicators come integrated to them.

A sculpted looking muscular fuel tank is there, while the seat offers comfortable riding position along with greater control over the mean machine. Moto Guzzi V85 concept sports a narrow tail section with stepped up pillion seat, long grab rail and a luggage carrier as well. A chunky exhaust muzzle sits at the left side of the bike enhancing the masculine look further. The bike gets an underbody metal plate protecting the engine block. 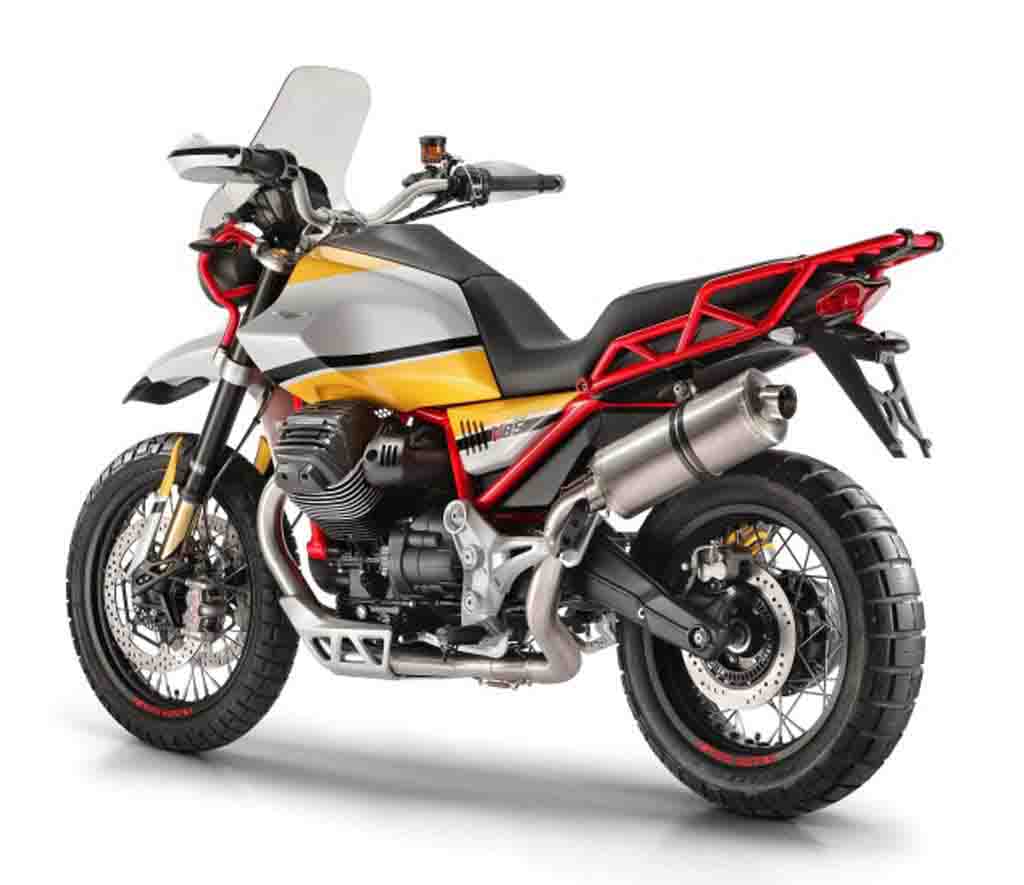 Built on aluminium steel tube chassis, the Moto Guzzi V85 runs on multi-spoke wheels wrapped with chunky all-terrain tyres. Stopping power is delivered by twin disc brakes at the front wheel and rear gets a single disc brake combined with twin-channel ABS. Overall, this endure model looks an attractive machine from the brand and we hope to see this on road soon.