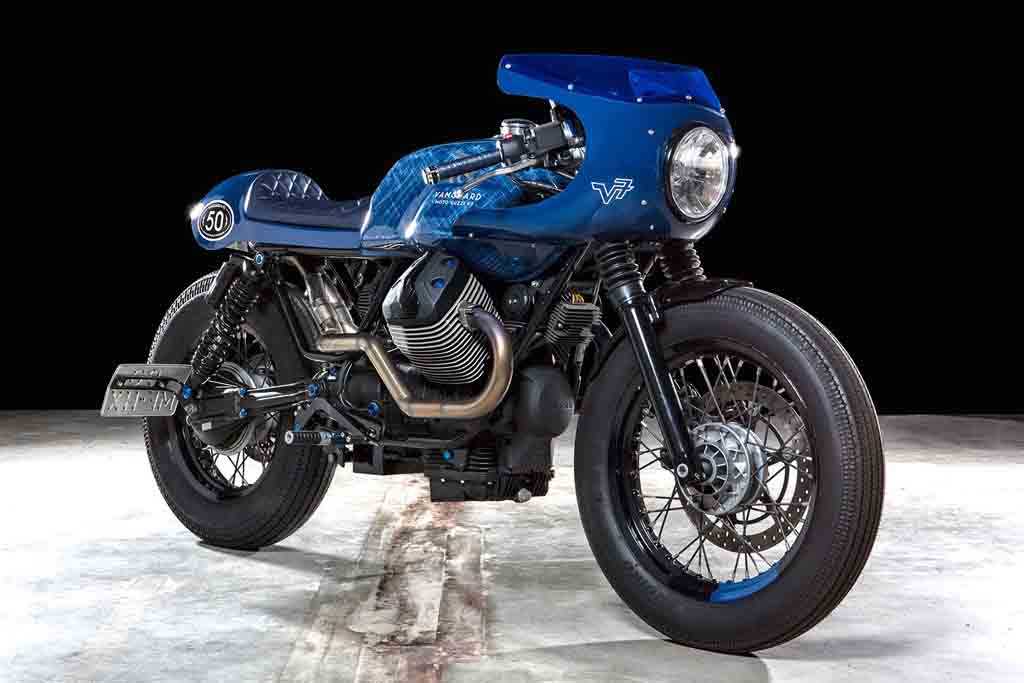 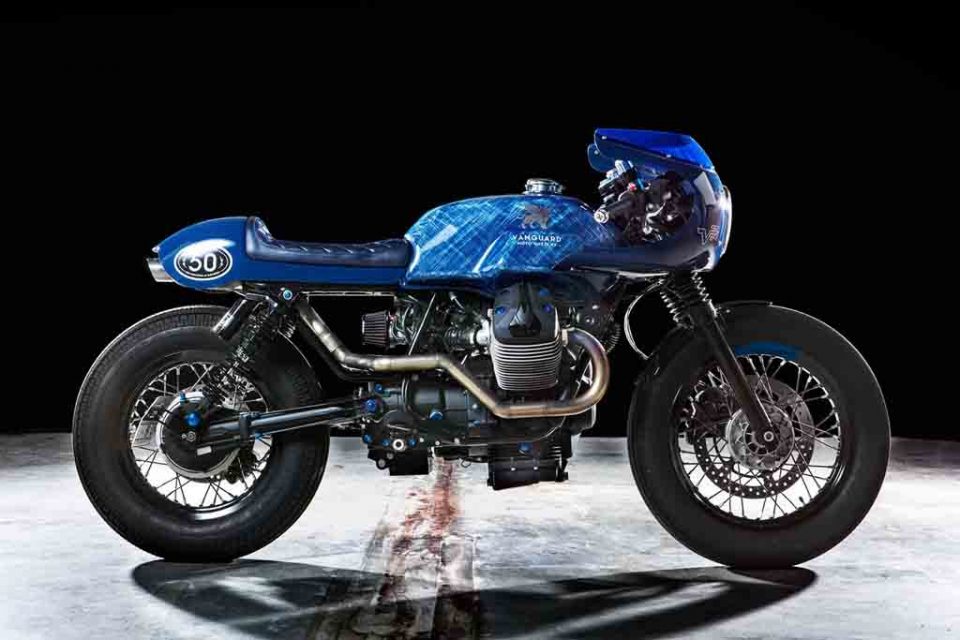 Apart from the eye-catching denim blue paint scheme, the bike also gets quilted leather seat that matches with the leather patch on the Vanguard V7 jeans. The fuel tank has been slightly customised and it sports Monza fuel cap along with a plate carrying the Vanguard logo and bike information. Vanguard Moto Guzzi V7 bike also gets a customised rear cowl. It features a cut out of the apparel maker’s logo covering the taillight.

The customisation studio has shortened and lowered the subframe in order to make the bike more appealing looking and to offer the rider more control over the machine. Also, this mod-job helps the design to be matched with the new front fairing. Overall, the entire custom bike carries a flowing line making it very appealing looking from every angle. 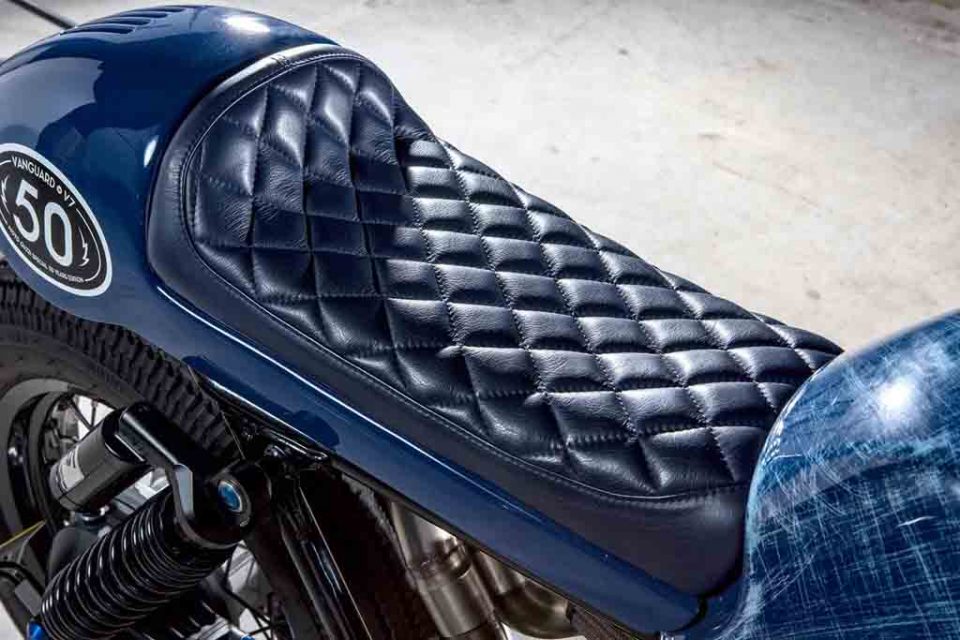 The modifier says the bolts used in the retro style bike are painted in anodized blue, the same colour applied to the buttons of the Vanguard V7 jeans. It gets a 2-into-1 exhaust that delivers a roaring sound. Interestingly, Gannet Design is the same studio that designed the Moto Guzzi V8 last year.