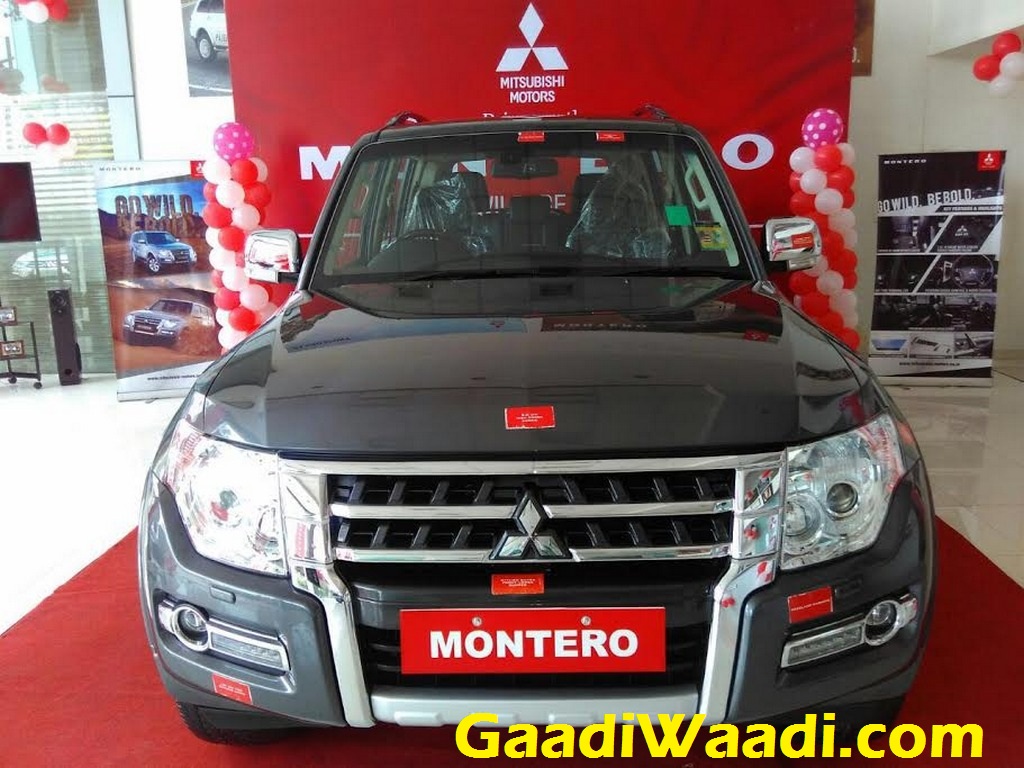 Mitsubishi has been in India for so more than two decades now but it has not enjoyed success as much as some of its relatively younger competitors have done. The Lancer was an instant hit for the Japanese manufacturer but the popularity slowly drained off with lack of new versions. The Pajero graced domestic scenes in 2004 before the old generation Montero was added to the lineup.

While the former endured good success initially, it had fallen for the same fate as the others. Currently, the automaker has two products running in the market: one is the Pajero Sport and the other is the large-sized Montero premium SUV. While the previous Pajero is still a favourite for off-roading enthusiast, it did not seem to be the case with Montero which was reintroduced following a discontinued phase in 2014. Amidst the new avatar of the Pajero being eagerly anticipated, Mitsubishi Motors has decided to rope in another stint for the Montero. In an exclusive report, we can reveal with pictures that the potent flagship SUV in the portfolio has been re-launched in the market with no changes at Rs. 68.62 Lakh (ex-showroom price). On the outside, the boxy appearance stays the same as the front fascia is greeted with a triple slate chrome grille housing the three red rhombuses Mitsubishi emblem.

The busy front bumper has been occupied with fog lamp housing integrated with LED Daytime Running Lights. The wheel arches are flared while the bonnet is flat and aggressive. The headlamp cluster is conventional but it does intimidate with a meaner presence. However, the side profile and rear fascia are subtle and rather plain. The functional interior is simple but has a chunky layout while the seat upholstery is adorned with leather. The important features are four-spoke steering wheel with mounted controls, instrument binnacle with traditional analog readings, 2 Din touchscreen infotainment system with Bluetooth and navigation besides a standard sunroof. It is powered by the same 3.2-litre directed-injected four-cylinder inline diesel engine producing a maximum 189 bhp power at 3,800 rpm and 441 Nm peak torque at 2,000 rpm. It comes coupled with a five-speed automatic transmission with sports mode and 4WD.