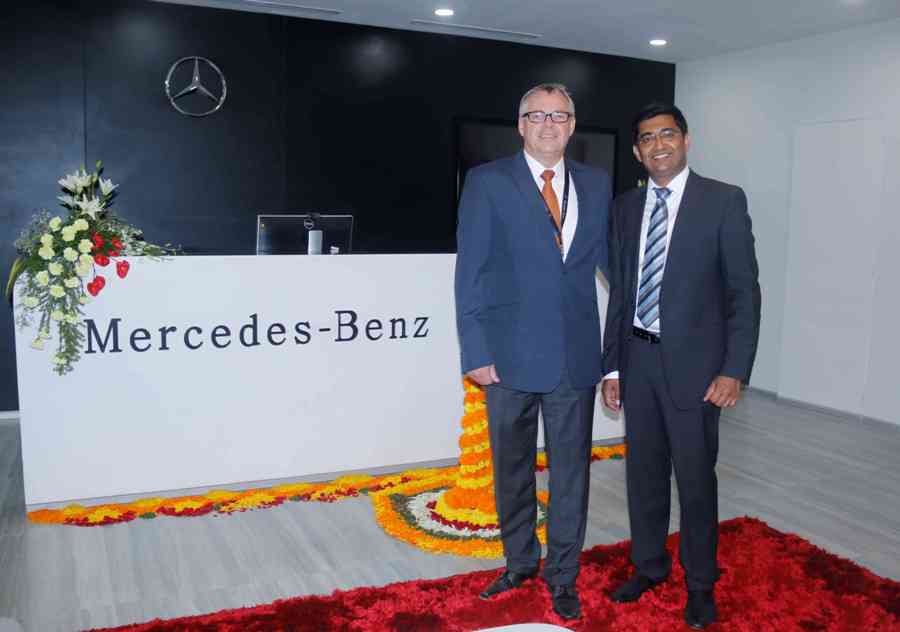 Following the Make in India plan and in order to increase the sales number in the country, the German automaker, Mercedes-Benz Research and Development India inaugurated its new facility at the Embassy Tech Zone, Hinjewadi,Pune.

With the new facility spread over 46,000 sqft. the new facility recently inaugurated give room to more than 400 people working under the roof. This new plant is another milestone in German automaker profile as it will make the plant in close proximity to the suppliers and the business district in a way to increase the sales number to beat tough competition against rivals like Audi and BMW.

While Mercedes was the first German luxury automaker to make a way in the Indian market, the current situation turns the whole scenario where Audi hold the lead number. With the Mercedes plan to double its capacity to 20,000 units annually, it not only open rooms for locally assembled models, but also a higher proportion of locally made parts too. This is sure to bring in more profits and sales for the brand with three silver arrows.

With such a strategy in place, Pune is the right choice for the new facility plant as it will help in equipping the best of R&D network and develop close cooperation with the supplier and partners. With Mercedes sold around 10,201 vehicles in India in the year 2014, which grew by 13 % still holds back as Audi was ahead by 650 vehicles annually. Hence, this new facility plant is sure to help the company’s overall growth to 40,000 vehicles in the year 2015 when as compared to 33,000 a year ago.

We hope and expect the great location of Pune in the country is sure to benefit the German automaker, Mercedes to become once again the leading luxury automaker of India. After all, India is one of the main strategic locations as an emerging market.