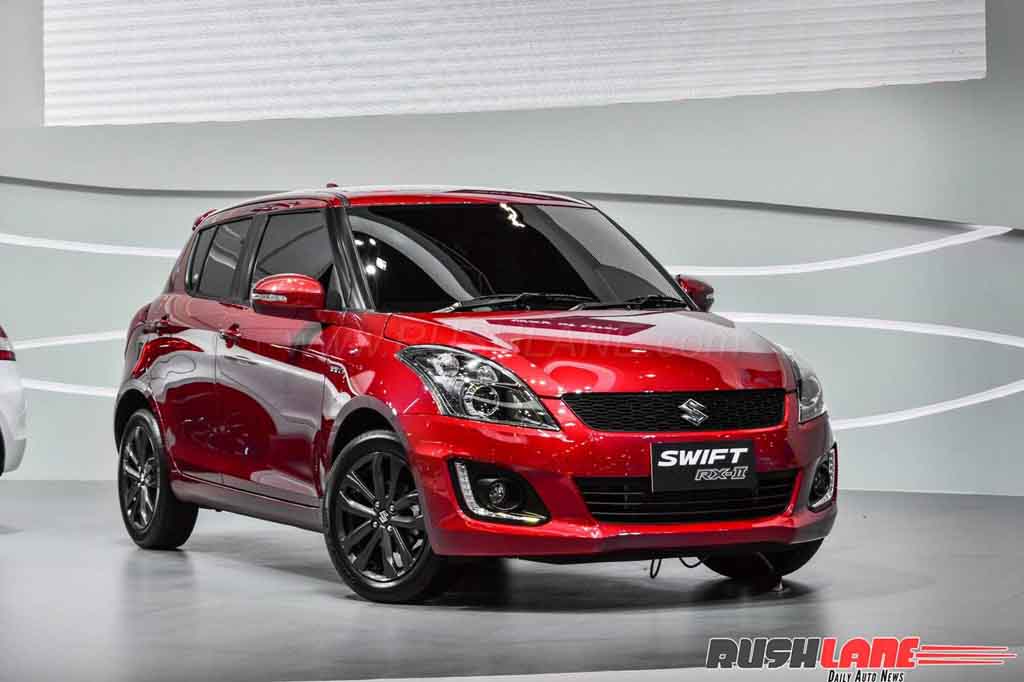 Swift is certainly one of the most popular and bestselling hatchbacks in the world from the Japanese automaker Suzuki. Currently, the new generation Swift is ready to be launched in several markets including India too. Meanwhile the brand has took chance to showcase the Swift with new RX-II kit at the 2017 Bangkok International Motor Show. The car is christened as Swift RX-II Sport Edition and it looks pretty attractive.

Instead of the new generation model revealed at Geneva Motor Show, the car comes based on the old generation model. The hatchback is available in Red and Black colour options. It comes pretty much different compared to the standard model with the new projector headlamps, LED daytime running lights positioned at the Black enclosure surrounding the fog lamps.

At the side profile, the Swift RX-II Sport Edition gets glossy black alloy wheels. Apart from that, it comes with turn indicator integrated ORVMs, blackened A and B pillars like the regular model. Moving to the rear fascia, it features an integrated roof spoiler with stop lamp and LED taillights. The RX-II badge is also there making it distinctive from its regular sibling.

The car comes with updates inside the cabin too. It gets a full Black dashboard. The multi-function steering wheel receives leather stitching enhancing the premiumness, while the instrument cluster gets Black analog dials with silver highlighting. The seats have received dual-tone theme giving it a sporty look. Apart from that, it appears similar to the standard Swift. 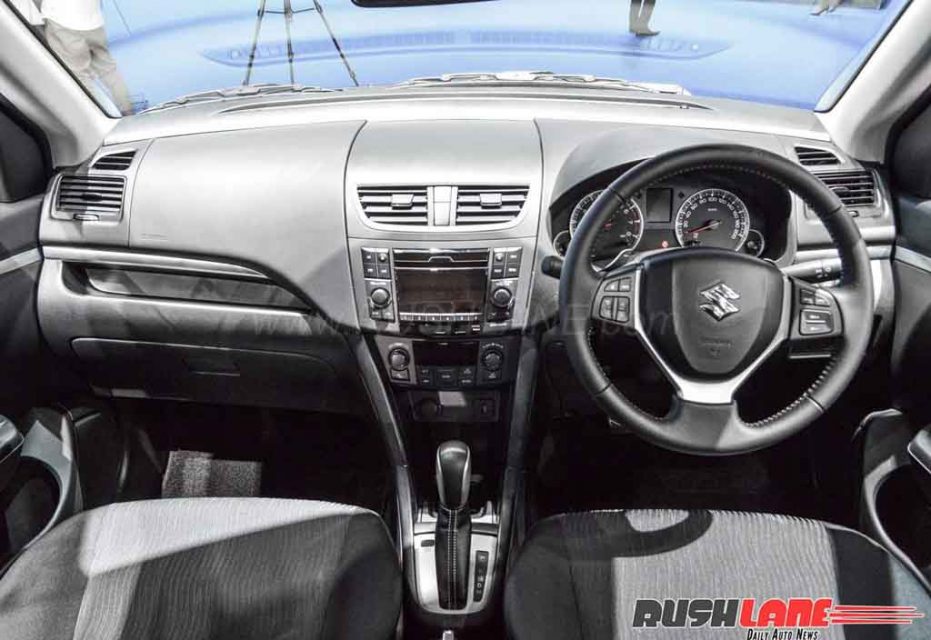 Power source for the Swift RX-II Sport Edition is the same 1.2-litre petrol engine does duty in the regular model in Indian market. However, instead of 84.3 PS of peak power it generates 91 PS, while the torque output is also 3 Nm higher than the India-spec swift petrol. Transmission duty is done by an automatic gearbox in the car displayed at 2017 BIMS.