Suzuki’s Italian division launched the Baleno hatchback back in December 2015 along with a limited run Web S Edition. It featured a new colour scheme called Blue Boreal besides 16-inch wheels, red accents and body coloured spoiler at the back. On the inside, the Japanese automaker applied contrast red stitching on gear shifter and sporty pedals.

No changes mechanically were made as it was equipped with the same 1.0L Boosterjet turbo petrol engine making 112 horses and 170 Nm peak torque. Going by the same lines, Suzuki is exclusively providing desirable customers a limited edition based on the new generation Swift compact hatchback. Dubbed as the Swift Web Edition, it can be ordered online through Suzuki’s official Italian webpage. 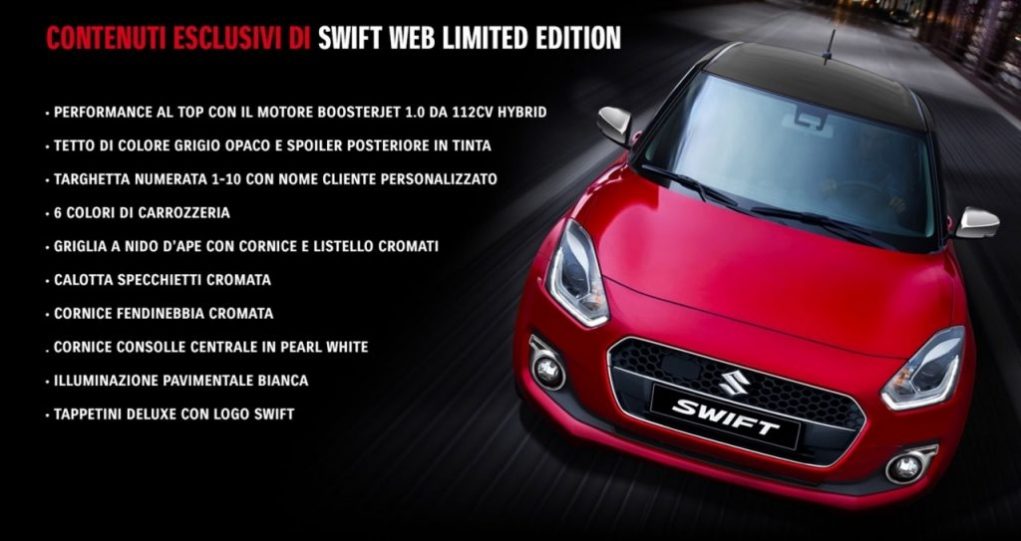 To make it standout from the regular model, Suzuki has given gleaming roof top painted in grey colour while similarly painted spoiler, chrome accented wing mirror caps and flog lamp garnish further substantiate the appeal. Top-end equipment like honeycomb grille, keyless entry, LED headlights, diamond cut 16-inchers, reversing camera are also made available as the Web Edition is based on the high-spec trim. 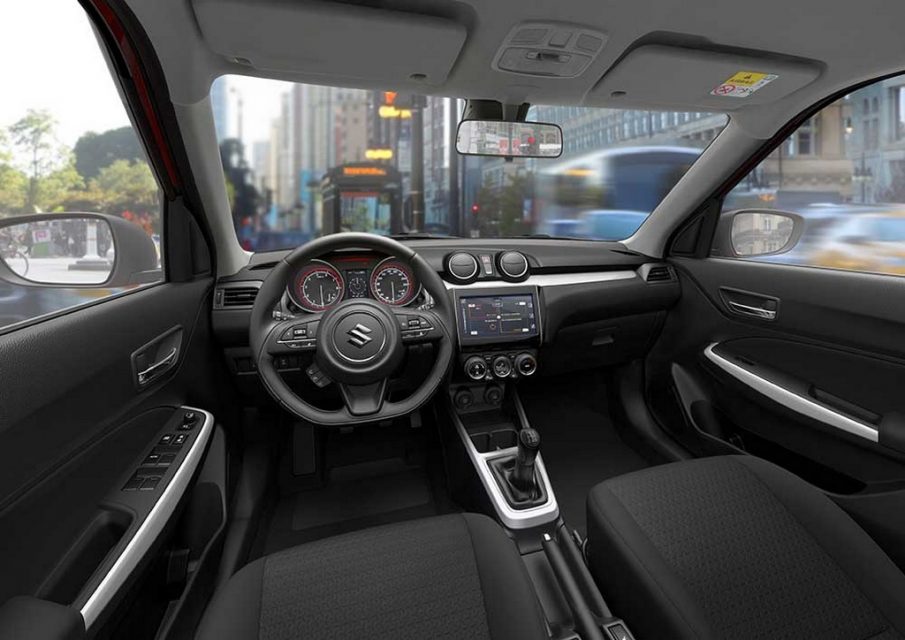 Inside the cabin, the buyers will be treated with seven-inch touchscreen infotainment system with navigation, dual pod instrument binnacle and sporty flat-bottom steering wheel among others. To emphasise the nature of special edition, it gets an all-black dash with pearl white trim on the dashboard, door panels and gear shifter surrounding.

As for the powertrain, the Swift Web Edition will continue to use the 1.0-litre Boosterjet petrol engine equipped with SHVS mild hybrid tech for improved fuel economy. It makes 112 hp at 5,500 rpm and 170 Nm of peak torque delivered at 2,000 rpm.