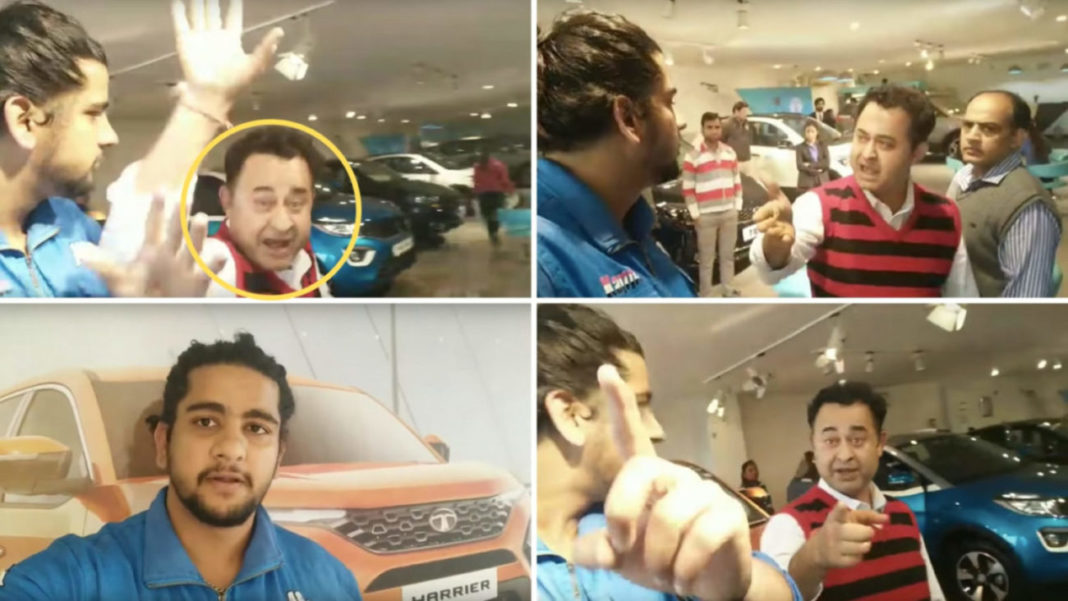 Earlier this week, a video by Tata Tiago customer was put online that shocked many viewers. We were one of the first to report about the viral video where the customer could be seen being pushed around by the officials of Malwa Motors, which is an official dealership of the Tata Motors.

The new video shows that the customer of Tata Tiago had a talk with the General Manager of the showroom and both them agreed to end the dispute. As per Tata Motors, all the issues related to the incident have been resolved now.

“This is to inform you that the incident that had occurred between a customer and the Tata Malwa Showroom at Delhi has now been resolved amicably. The customer has posted a video stating the reason for the dispute and how is grievances were addressed.” – Tata Motors PR team mailed us this statement

In the video, the customer says that the person who pushed him around in the video is the manager of the showroom and he did not want to show his face on the social media, which is why he started pushing the customer during the live video.

However, the showroom manager could not be heard saying any of that during the live video. Nonetheless, the issue has now been resolved and as per the customer, he has received all his accessories including the seat covers that he bought with the vehicle. As per the customer, apart from the number plate, everything else is now in place.

The customer uploaded a video out of frustration a few days back in which he is asking questions to the showroom officials. He booked an orange colour vehicle at Rs. 11,000 and after he paid the downpayment of Rs. 2.5 lakh, he was told that the orange colour is not available anymore as Tata has stopped making the vehicle in that shade.

He also alleged that the showroom officials did not install the additional accessories that he booked during the purchase and kept on delaying the installation.