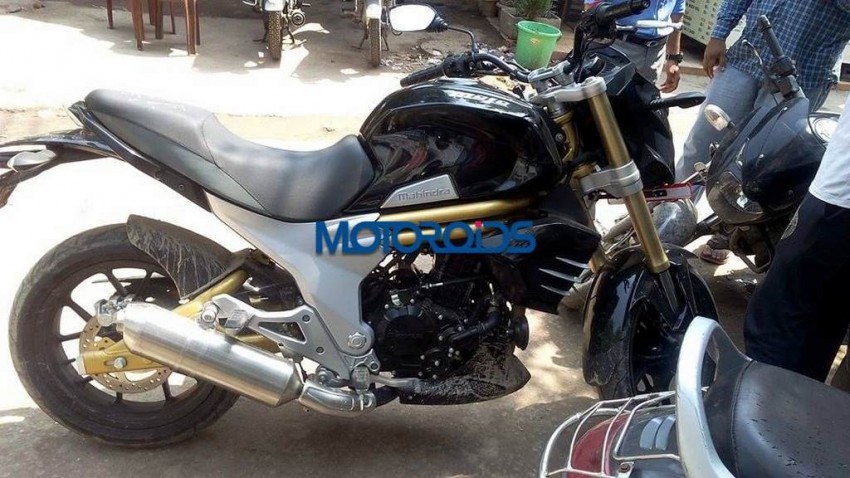 Mahindra Mojo has been spotted testing since years, now finally we have good news

Mahindra Mojo has been spotted testing again and again over the past few years. The bike has seen some changes now and then and even post Auto Expo 2014 there have some changes witnessed in the motorcycle, but not something like that has been spotted this time. Mahindra Mojo retains the same design and everything else identical too. This time, this is the final production spec motorcycle that has been seen. Reports were everywhere that production has started and Mahindra Mojo can get the green for launch. 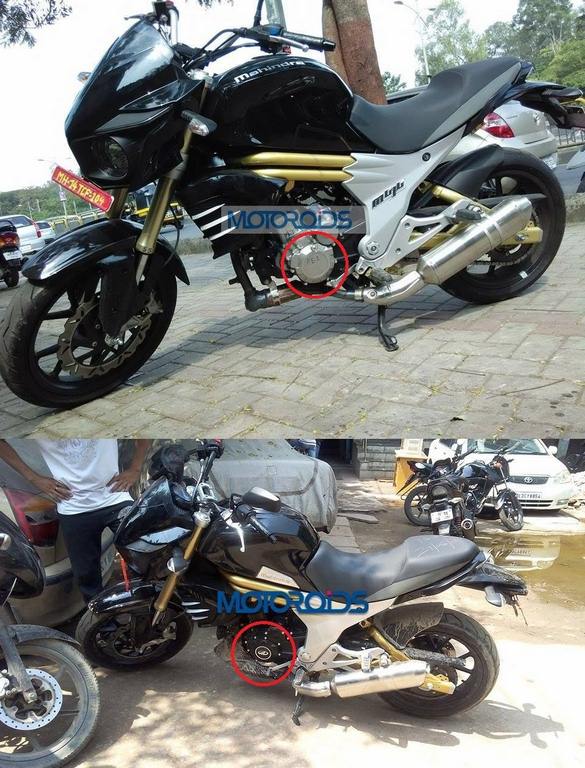 Production spec motorcycle here can been with Mahindra badges on the tank, the rear mudguard and the crankcase. Dual exhaust are carried over from the concept version. Tyres that were being tested in the earlier phase were Pirelli Sport Demon but now they are changed to different brand. Coming to the engine, the 295cc, single cylinder engine was suppose to make 28 BHP and 25 Nm of torque and was suppose to be class leading. However, since most 250/300 motorcycles which will be coming will have 31 BHP of power, the production version is said to have 31.2 BHP as well. We think this is the reason why Mahindra Mojo’s launch has been delayed. 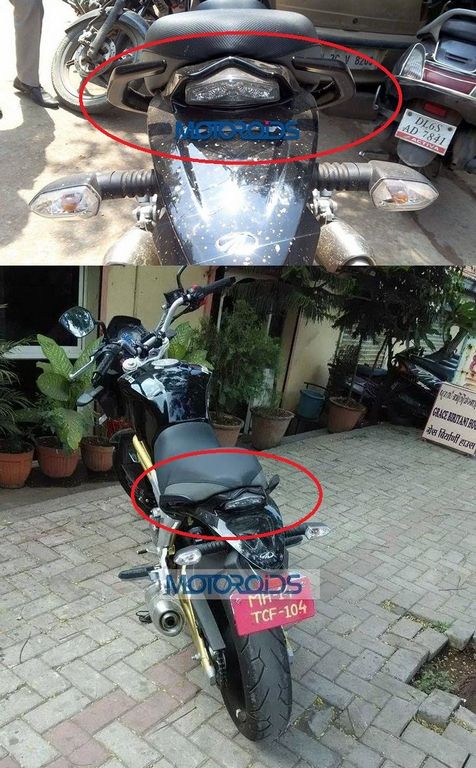 Features wise, the Mahindra Mojo will get DRL light on the headlight cowl, back-lit switchgear, USD front forks with monoshock suspension. Top notch tyres should be a part of the package as well. LED lights are also clearly visible this time with well intergrated grab handles. 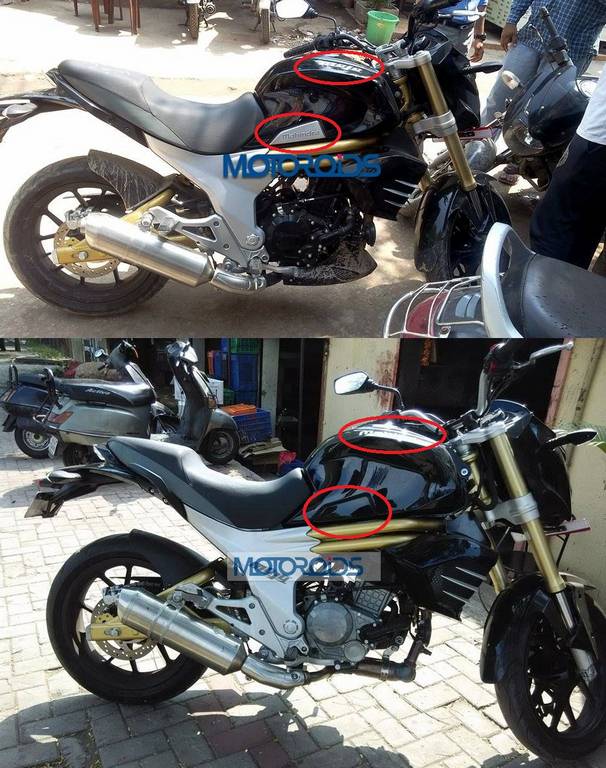 Mahindra Mojo promises to be a extremely well detailed motorcycle and given the Mahindra DNA which was seen on the Centuro and Gusto, it should be smooth refined and well made motorcycle that should fun to ride as well. Expect pricing around 1.5/1.7 lakh mark and compete directyl against the upcoming Honda CBR250R and Hero HX250R.