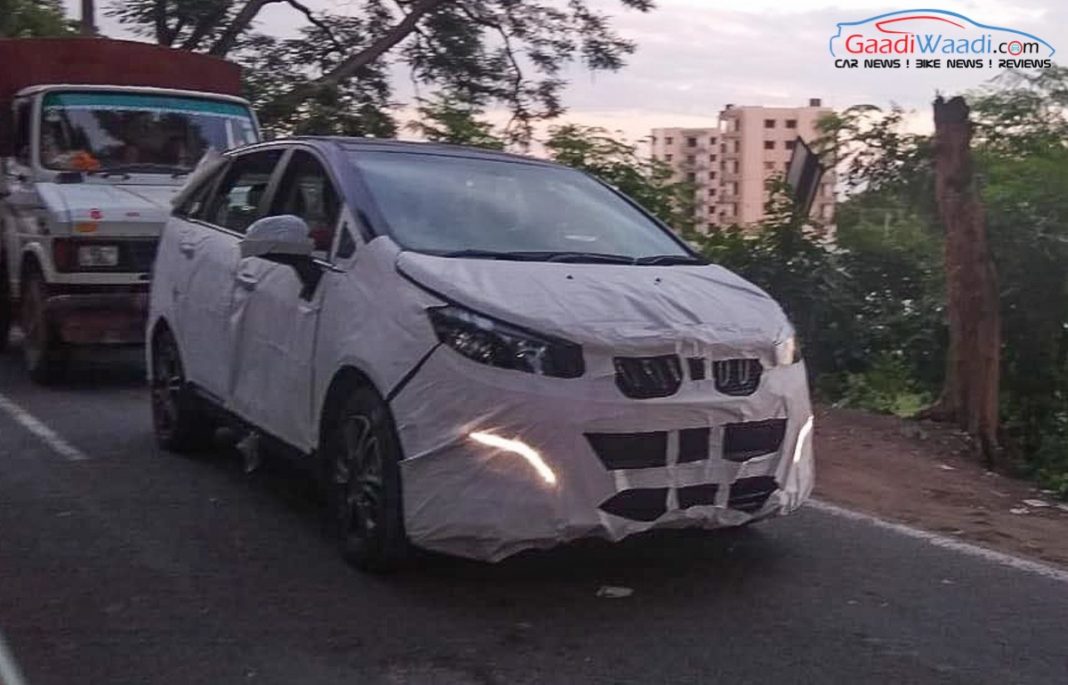 Mahindra Marazzo MPV will launch on September 3, it will be slotted between the Scorpio and XUV500 SUVs

Mahindra and Mahindra will launch its much-awaited U321 MPV on September 3. We already know that the upcoming model will be called the Marazzo and today, we’ve got new spy images of the production-spec vehicle. The Mahindra Marazzo MPV will be a premium offering that will be positioned between the Scorpio and the XUV500. The latest spy images reveal the Marazzo’s LED DRLs and multi-spoke alloy wheels.

In all probability, these features will be restricted to the higher variants. The new offering can be booked for a token amount of Rs 10,000. The Mahindra Marazzo MPV will be available in 7- and 8-seater variants along with flexi-seating options. It will offer premium features like projector headlamps, automatic air-conditioning, touchscreen infotainment unit, and segment-first surround cooling system.

The design of the new MPV is the work of the company’s Kandiwali-based design studio and Pininfarina. The Mahindra Marazzo MPV will become the first ever product that takes several inputs from Mahindra North American Technical Centre (MNATC) in Troy, Michigan. This should have helped the manufacturer engineer its MPV to international standards. 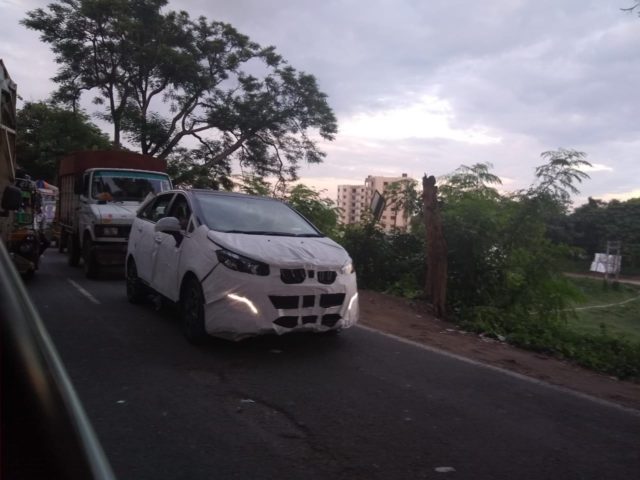 The Mahindra Marazzo MPV will be exported to several markets abroad. The new vehicle will comply with international crash safety norms. In India, it will be in compliance with the upcoming safety norms for all vehicles. All variants of the MPV will feature dual front airbags, ABS, speed alert system, seatbelt reminder for front seats and reverse parking sensors.

The company will initially launch the Mahindra Marazzo MPV with only a diesel engine option. A petrol variant should follow in the coming months. As per Rajan Wadhera, Executive VP, R&D (Global Product Development, Automotive Sector), Mahindra & Mahindra has developed a new 1.5-litre diesel engine that produces a maximum power of 121 bhp and a peak torque of 300 Nm. It will come mated to a 6-speed manual transmission. An automatic version is likely to follow at a later stage.

The Mahindra Marazzo MPV will be followed by two all-new products in the current financial year. One of these will be a Ssangyong Tivoli-based S201 SUV. It will be rival the Maruti Vitara Brezza, Ford EcoSport, and Tata Nexon. The other will be a Ssangyong G4 Rexton-based XUV700 SUV that will rival Toyota Fortuner and Ford Endeavour.