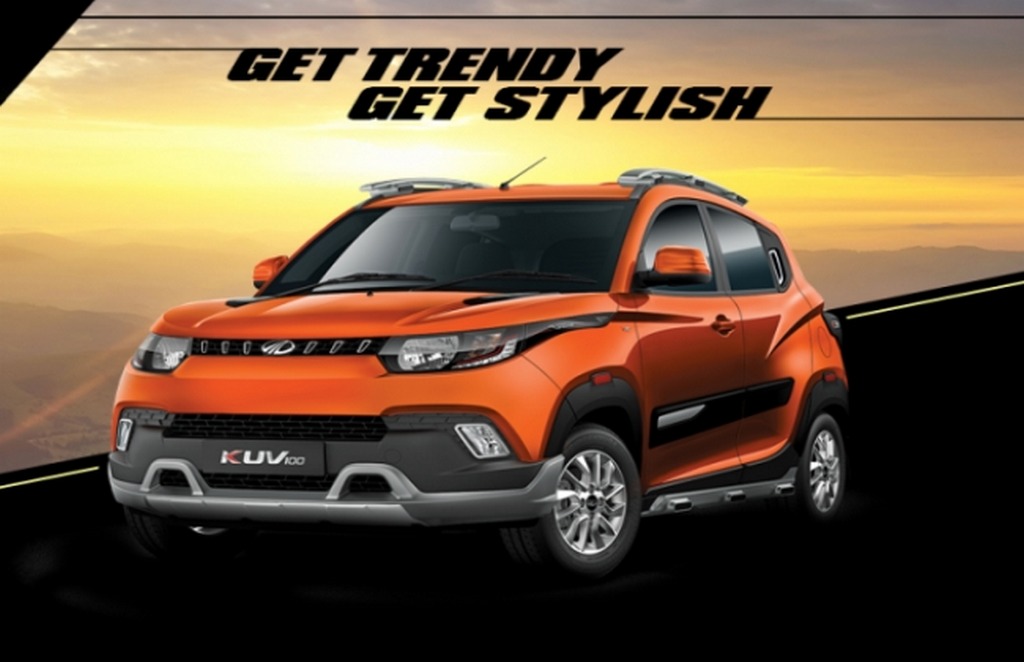 Mahindra and Mahindra kicked off the micro-SUV segment in the country with the launch of the KUV100 earlier in January. The bookings of the model soared as customers seem to have affinity towards it and in that context it became the best-selling Mahindra product within a few months by toppling the long-standing Mahindra Bolero veteran at the end of May 2016 with 4,446 units sold.

In a hope to further maximise sales numbers, the largest Indian SUV maker is now offering the KUV100 with the Explorer Kit. Mahindra officially stated the existence of the kit through its twitter handle. The KUV100 Explorer made its public debut at the 2016 Indian Auto Expo and it received huge attention among the show spectators. Mechanically, no modifications will be intended as the KUV100 with Explorer Kit concentrates on visually appearance of the SUV – to make it more rugged and sporty. In contrary to the regular version, the pumped up Mahindra KUV100 appears to be more aggressive and will be a crowd pleaser.

The revisions done as part of the Explorer Kit include revisions to the wheel arches, side skirts and front and rear bumpers with body claddings for underbody protection. Besides those revisions, it is easy to spot the changes made to roof rails, rear spoiler with LED brake lights, taillight protector, door mouldings and the imposing bonnet scoops. Despite making several changes on the outside, the Explorer Kit’s interior will stay the same as the stock version. Also Read: Mahindra KUV100 is the Best-Selling Mahindra SUV; Beats Bolero in May 2016

The prices for the Mahindra KUV100 start from Rs. 4.57 lakh and it goes all the way up to Rs. 7.10 lakh for the range-topping model. The KUV100 gets powered by an all-new MFalcon 82 PS 1.2-litre VVT petrol motor and MFalcon 77 PS 1.2-litre turbocharged diesel engine.

The 1.2-litre three-cylinder petrol engine has been developed by Mahindra in conjunction with Ssangyong. Both engines will be mated to a five- speed manual transmission driving the front wheels.