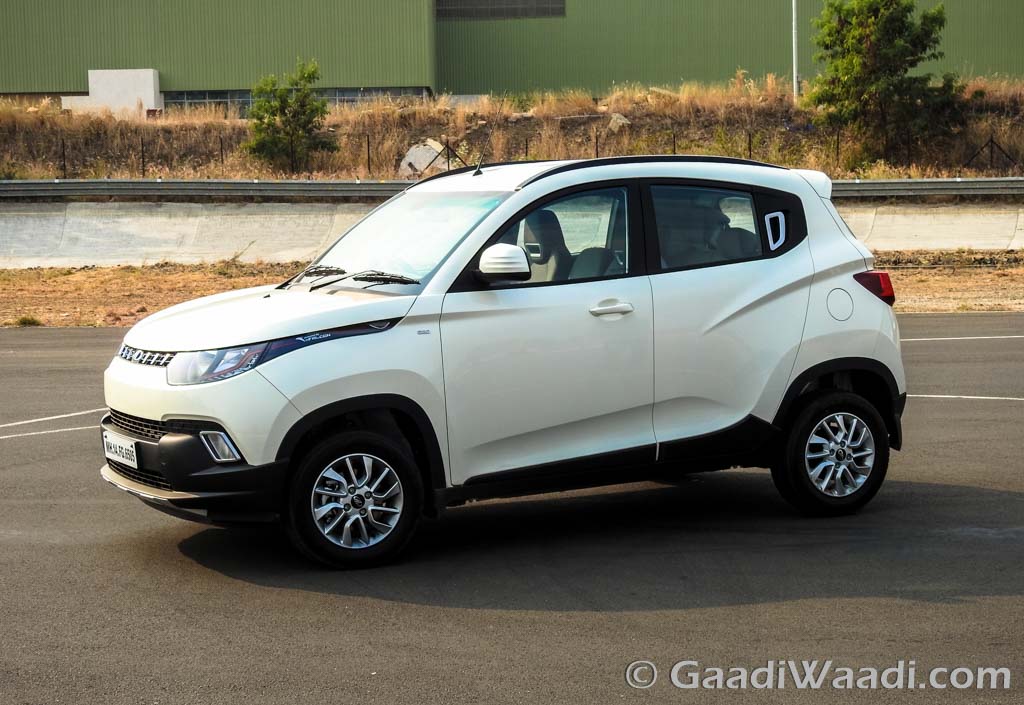 Mahindra KUV100 is an unique hatchback from the largest SUV maker of India, which sports a rugged and aggressive design. The car was launched earlier this year in January, and received more than 20,000 booking immediately after the launch. It has now taken over the Mahindra Bolero in terms of sales figure in May, 2016.

Last month, KUV100 sold a total of 4,446 units in the Indian market, while the Bolero has sold only 27 units less at 4,419. In April, the Mahindra KUV100 sold 5,097 units which was on contrary to Mahindra Bolero’s nearly 700 more units at 5,785. Mahindra Bolero has been the best seller from the Indian automaker for quite long time, and now the new KUV100 beating the SUV is a really interesting fact.

Mahindra KUV100 features a rugged and bold design, which is muscular as well. The front fascia gets a sleek radiator grille with chrome finished teeth like design, the swept back headlamps get LED daytime running lights integrated to them, while the lower fascia gets a muscular front bumper with aggressive looking air intake and skid plate.

At the side profile the Mahindra KUV100 comes with sharp creases, blackened glass area, 14 inch alloy wheels and side body cladding; and interestingly the rear passenger door handles come incorporated to the thick C pillar, which is a design cue taken from the Chevrolet Beat. Moving to the rear the car comes with 3D taillamps, roof spoiler, making the car’s overall appearance sporty, compact and stylish. Dimensionally, the car is the smallest in the Mahindra lineup, as KUV100 measures 3675 mm in length, 1715 mm in width, 1655 mm in height and 2385 mm of wheelbase along with a ground clearance of 170 mm. The interior of the car has been designed keeping the comfort and practicality in mind; it sports a multifunction steering wheel, sleek instrument cluster, 243 litres of boot space.

Mahindra KUV100 is available in both the petrol and diesel variants. The petrol variant is powered by a 1.2 litre mFalcon three cylinder G80 petrol engine mated to a 5 speed manual gearbox, which churns out 82 bhp of peak power and 115 Nm of peak torque, while the diesel variant draws power from a 1.2 litre mFalcon three cylinder D75 diesel engine paired with 5 speed manual transmission kicking out 77 bhp peak power and 190 Nm peak torque.