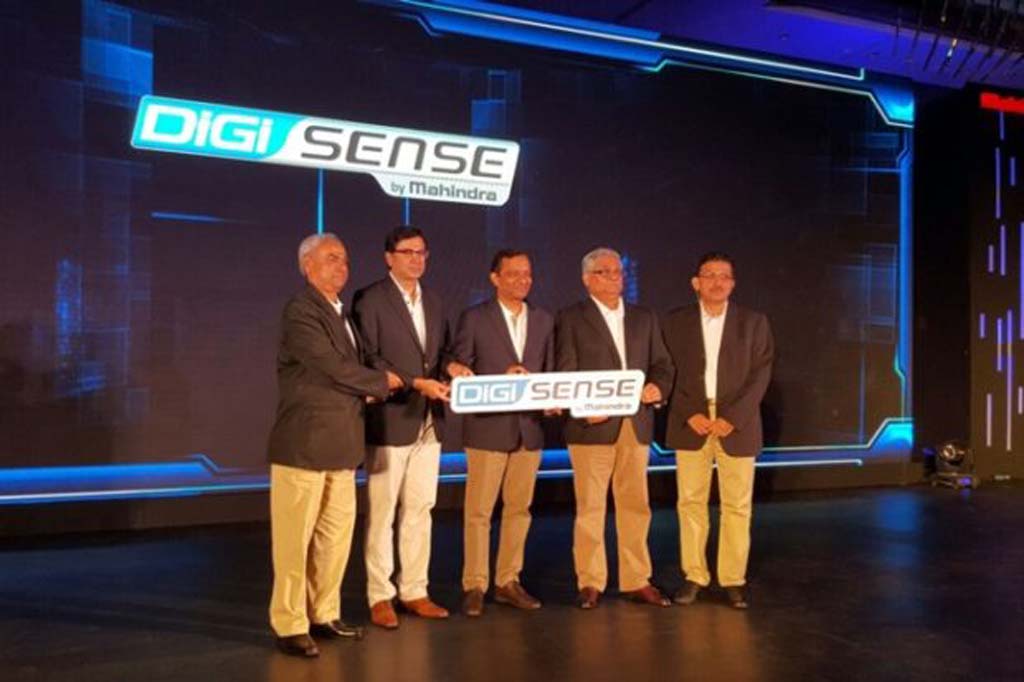 Mahindra DigiSense app will enable the owners to access vital informations on real time basis; entire vehicle range to get the app later

Mahindra & Mahindra is known for its innovative automotive solutions, and now the Indian auto major has launched a new connectivity app called DigiSense. This new Cloud based app comes for all its vehicles across the entire passenger, commercial and agro vehicle range from the company. Initially, the app will be available in some of its agro and construction equipments and vehicles. But later, the app will be introduced to entire Mahindra vehicles range.

The Mahindra DigiSense is a Cloud based app, which has been developed by the company in India only with association from tech Mahindra, Bosch and Vodafone as well. Initially, the Jeeto and Imperio CVs, Arjun tractor, Mahindra Blazo HCV and Earthmaster construction equipment will come equipped with the subscription based app. This app connects the vehicle with Cloud storage system, lets the owners of the vehicles to access real time data about their vehicles. The Mahindra DigiSense will provide several data like performance and location of the vehicle, while it also comes with features like route planner and emergency breakdown services. The owners who subscribe the service can ask for help from the Mahindra & Mahindra’s service teams, who will check the status of the vehicle by remote diagnostics in real time.

This unique app will let the owners to prevent theft of their vehicles, as the app comes with feature like geo tagging, which will show the pin point location of the vehicle on various smart devices like mobile phones, tablets and computers. The owners can set sped and rpm limit of the vehicles by using the app, which will keep the vehicle safe. This feature will particularly help the fleet operators, as they hire outsourced drivers for their business purposes at times. Mahindra claims, the app has been developed after around 1,80,000 kilometers of testing which took around 10,000 hours. Another unique feature of the Mahindra DigiSense app is that, it comes as an open sourced platform. This way the other developers can customize the layouts and features of the app according to their needs.