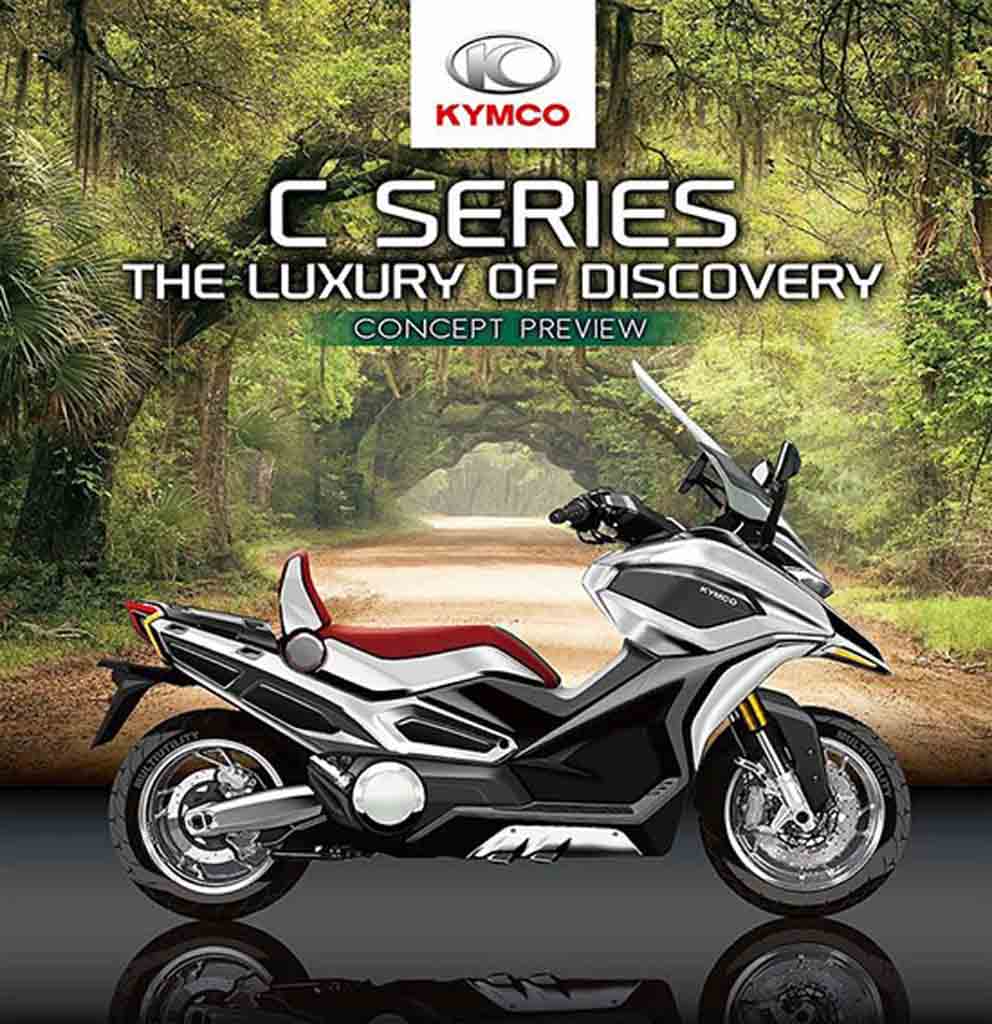 Taiwanese auto manufacturer Kymco has just announced that it will be unveiling two scooters on 7th of November. The two vehicles will be showcased during the 2017 EICMA motorcycle show that is scheduled from 7th to 12th November. Kymco has issued this information through a teaser video.

As usual, not much has been revealed in the teaser. One of the two scooters by the company will be the Kymco C Series concept that takes its inspiration from the Honda X-ADV. The company believes that the scooter will be a new class of vehicle and will be based on the adventure tourer theme.

However, seeing the previously released image, the Kymco C Series Concept looks more of a road biased scooter instead of something adventure related. The front end of this scooter carry significant resemblance to the Ducati Multistrada with the similar beak type fascia. Dual disc brakes can be seen upfront while the rear end receives a single disc unit, hence a good stopping power can be surely expected. The scooter also gets a backrest that looks to be adjustable.

The Kymco C Series concept scooter is based on the AK550 model that gets its power from a 550cc, parallel twin engine. This motor churns out a claimed output of 53 bhp.

Regarding the second model, not much details have been revealed. The scooter looks more sportier in comparison to the C Series concept. The front end of the said model mimics the headlamp units of the Ducati Panigale and needless to say, the fascia looks appealing due to this. The low and sleek headlights will likely come with LEDs to offer a commendable illumination at nights.

More details will be unfolded at the event itself. The Kymco press conference will start at 3:30 pm on 7th November at Hall number 11. So, if you are a pure scoot enthusiast, visit this space again on the said date for more information on the aforementioned models.