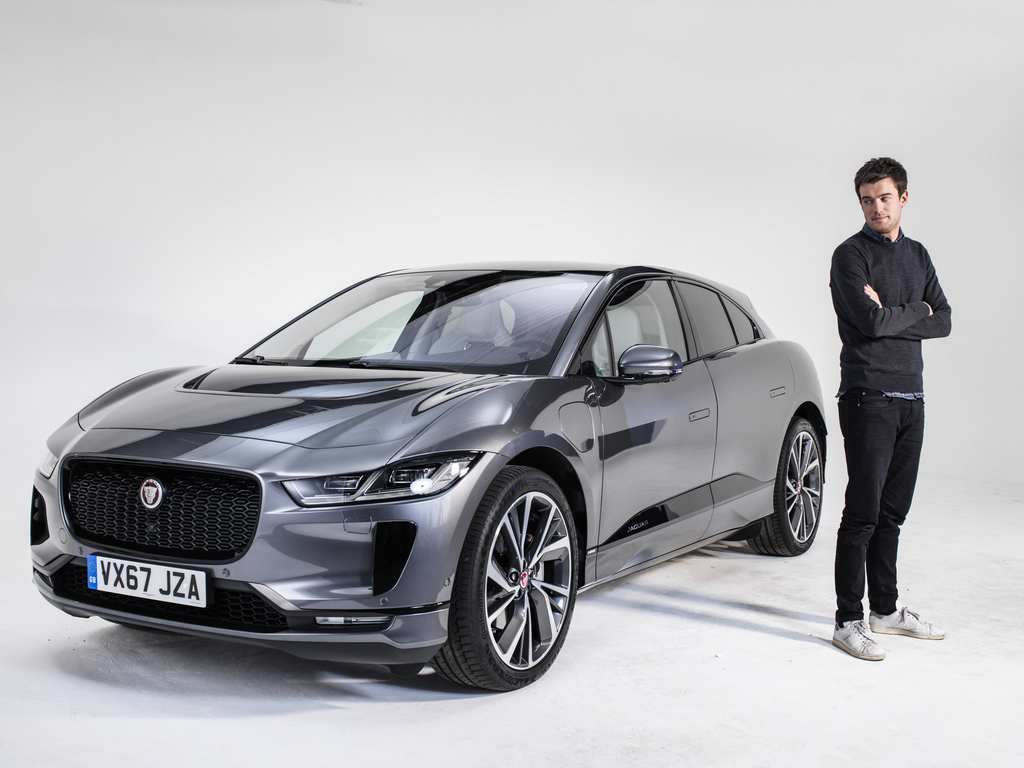 Jaguar had given the nod to R&D its first ever EV based on the F-Pace SUV a long while ago and as a result the production model was previewed through the I-Pace concept in LA in 2016 before flaunting its photon red paint job at Geneva. The production version of the electric vehicle was initially said to be revealed in two years’ time as Jaguar embarks on a new journey to develop an electrified performance SUV which has sporty looks and spacious interiors.

However, speeding up its efforts, the production-ready Tesla Model X rival will be making its global premiere at the 2018 Geneva Motor Show and its official pictures have come to light. It will go on sale in European countries soon after before reaching United States by the end of this year. 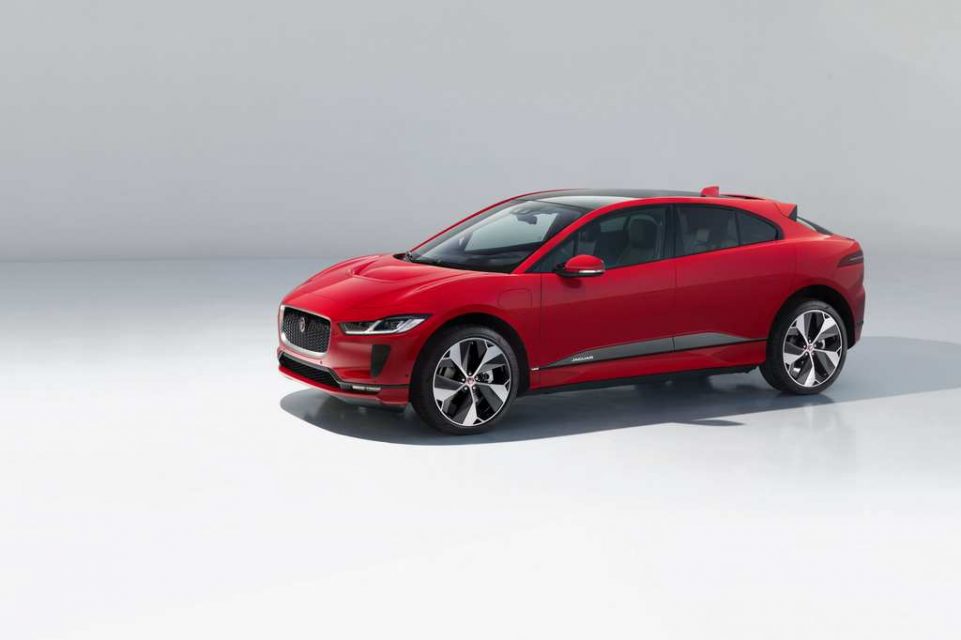 JLR signed a long-term supplier deal with Magna Steyr and heralded a partnership on a new aluminium casting facility. It is responsible for the production of I-Pace electric SUV at its facility in Graz, Austria. Lately, Jaguar announced plans to introduce new plug-in hybrids, mild hybrids and EVs in the next five years.

With the new I-Pace EV, Jaguar targets Tesla Model X, upcoming Audi e-tron SUV and Merc’s SUV from EQ electric brand. The I-Pace bears a four-door body style with ample space on the inside as Jaguar takes advantage of the electric drivetrain packaging. The motors power all the four-wheels while the entire system is capable of generating performance close to what you can witness from the F-Type R sportscar.

Jaguar has fitted the completely in-house built battery architecture known as ‘electric skateboard’ that integrates the batteries into the structure for optimum 50:50 weight distribution and advantages that go with it. One of the synchronous permanent magnet electric motor is integrated into front axle and other to the rear. They are connected via single-speed epicyclic transmission.

Both motors extract power from a 90 kWh lithium-ion battery pack. The I-pace has a combined power output of 398 hp as each motor makes 200 horses each along with 696 Nm of peak torque as promised in the concept. Due to the instant delivery of torque on the \EV, it can do 0-100 kmph in just 4.5 seconds while giving out a range of 485 km from full charge. 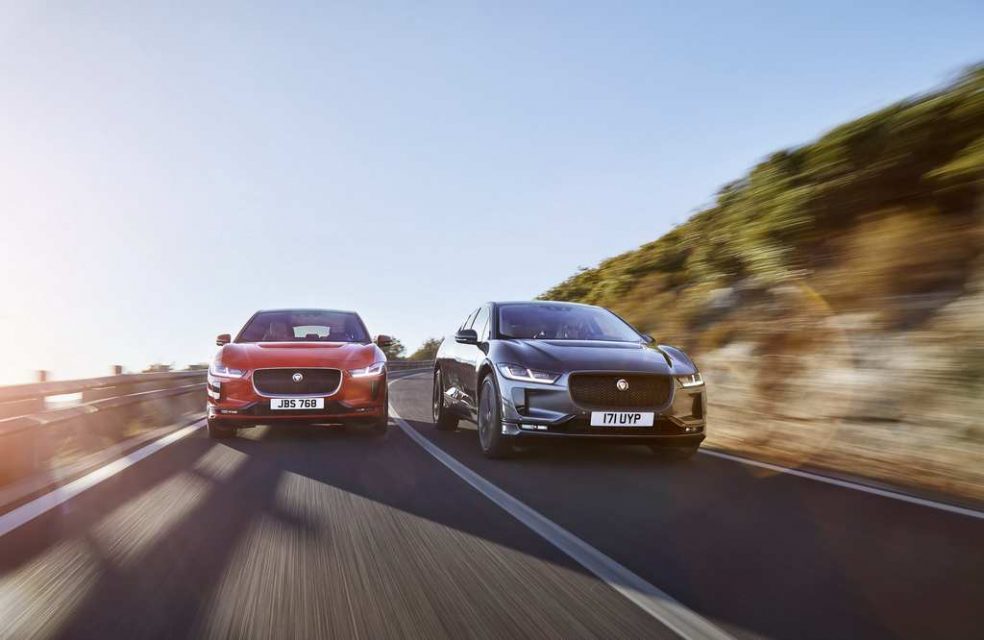 The low mounted battery pack between the axles ensure low centre of gravity which is crucial for ride and handling. Similar to the F-Pace, the I-Pace measures 4,680 mm long, 1,890 mm wide and 1,560 mm tall but the wheelbase is increased by 116 mm – 30 mm longer than XF sedan.

The futuristic EV is nothing short of dramatic elements like the hydrophobic glass coating that eliminates rear windscreen wiper, slanting grille and slender spoiler for drag reduction, door handles integrated within body surface, short rear overhang for airflow stability, rear vents in place of exhausts for regulating air channeling at the back, etc. 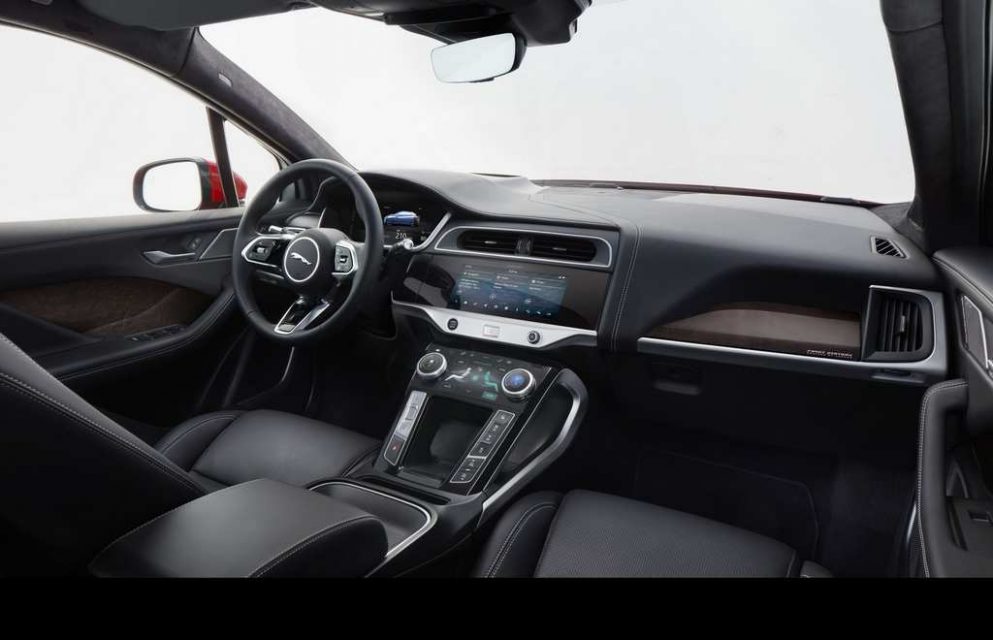