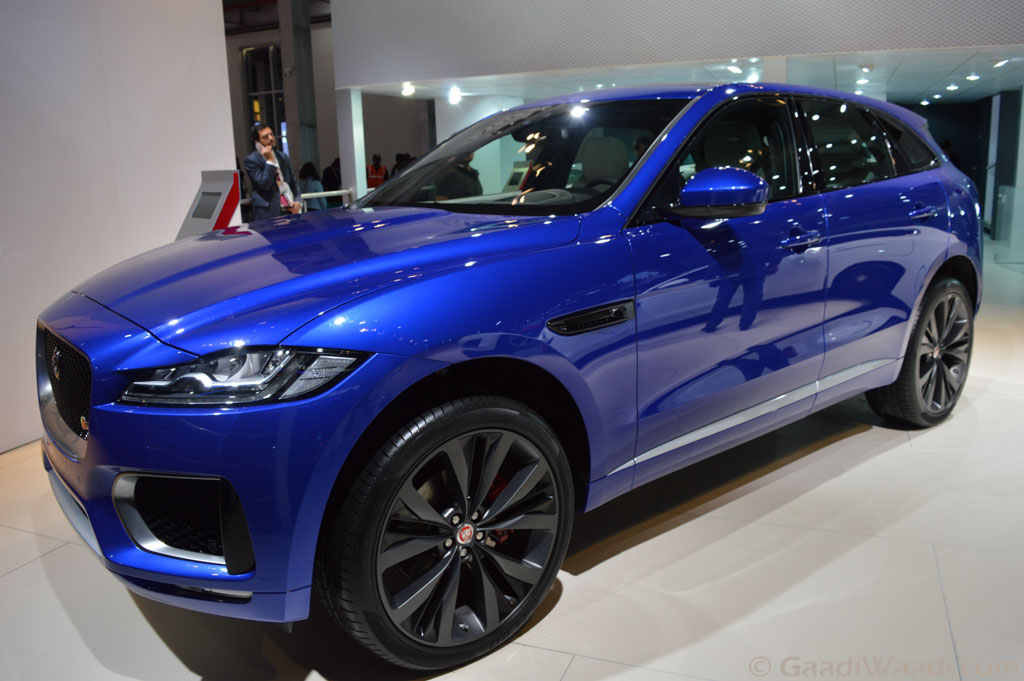 Jaguar F-Pace launched in India in four variants; it is the first SUV from the British luxury brand in its 70-year-old history

The all-new Jaguar F-Pace SUV has been launched in the Indian market two weeks after the prices were revealed. On a grand event held in Mumbai, which saw a 60 feet replica of the tallest building in London specially built by JLR, it was announced that the F-Pace will be sold in four variants namely: Pure, Prestige, R-Sport and First Edition. The base model starts from Rs. 68.40 lakh and it goes al the way up to going right up to Rs. 1.12 crore (ex-showroom, Delhi) for the top-spec variant.

Making premiere at the Frankfurt motor show, it is the first SUV from Jaguar in its 70-year-old history. It’s built on the same modular aluminium platform as like the new XE and XF sedans and it will target the BMW X3, Audi Q5, Porsche Macan, Volvo XC60 and Mercedes GLC in the premium mid-size SUV category. Despite sharing common architecture with the above mentioned sedans, Jaguar revealed that 81% of the component’s are new.

The F-Pace SUV’s body has excessive aluminium material, about 80%, and thus the car body alone weighs just 298 kg. Other weight saving materials include a steel doors, composite made tailgate and magnesium front end carrier parts. It adopts engine and chassis technology from the Jaguar F-Type and has overall appearance similar to the C-X17 concept showcased in 2013. 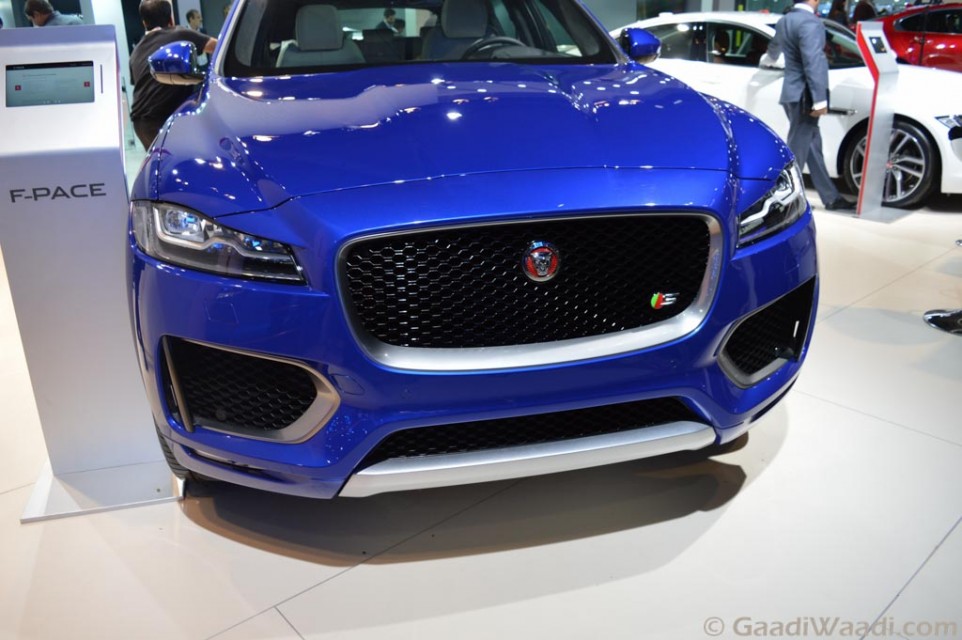 The F-Pace has longer wheelbase, length and width than the BMW X3 and is positioned between the XE and XF in terms of length as it’s 4731 mm long, 1936 mm wide and 1652 mm tall with a 2874 mm wheelbase and 213 mm ground clearance. Jaguar will be offering the F-Pace SUV with a choice of one petrol and two diesel engines alongside rear and four-wheel drive options, dividing them into four trims. 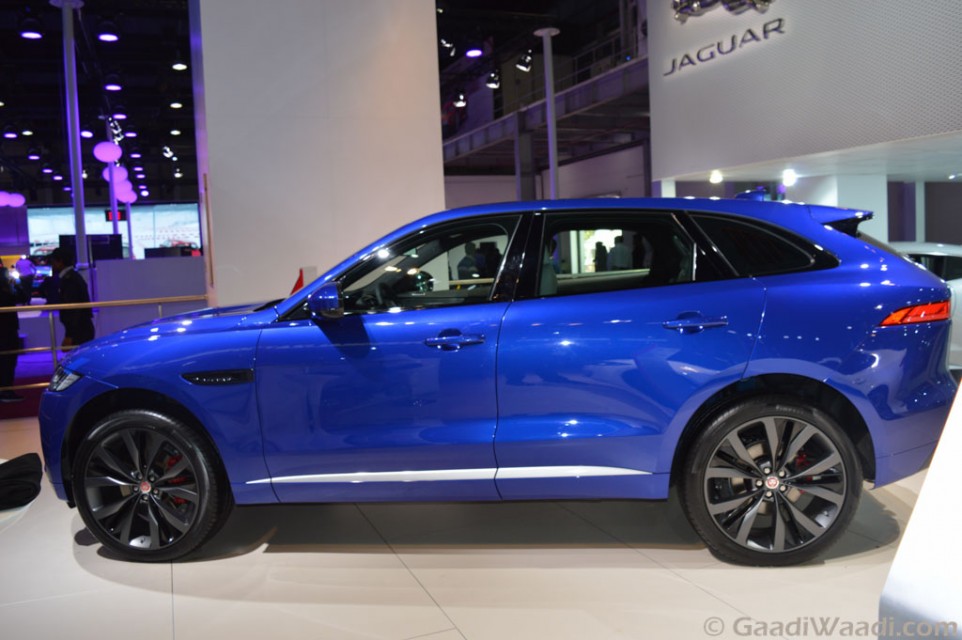 The standard F-Pace gets a more frugal and 129 g/km emitting 2.0-litre four-cylinder diesel engine as seen in the XE and XF developing 178 bhp at 4,000 rpm and 430 Nm of peak torque between 1,750 rpm and 2,000 rpm. It comes mated with a six-speed manual transmission transferring power to the rear wheels. It can reach 0-100 kmph in 8.7 seconds and has a top speed of 130 mph (208 kmph). This engine has optional all-wheel drive system paired with an eight-speed automatic transmission as well. 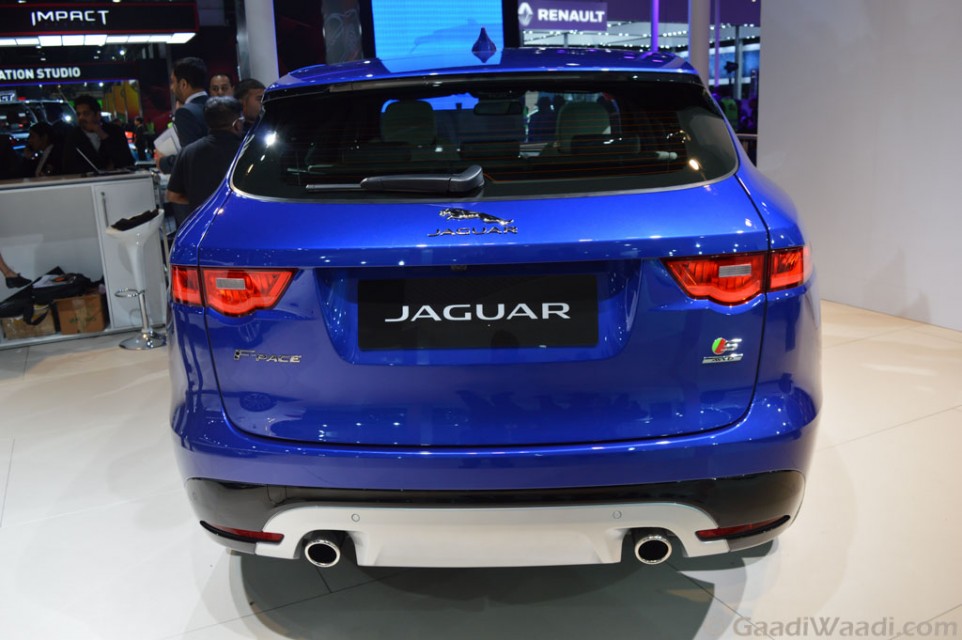 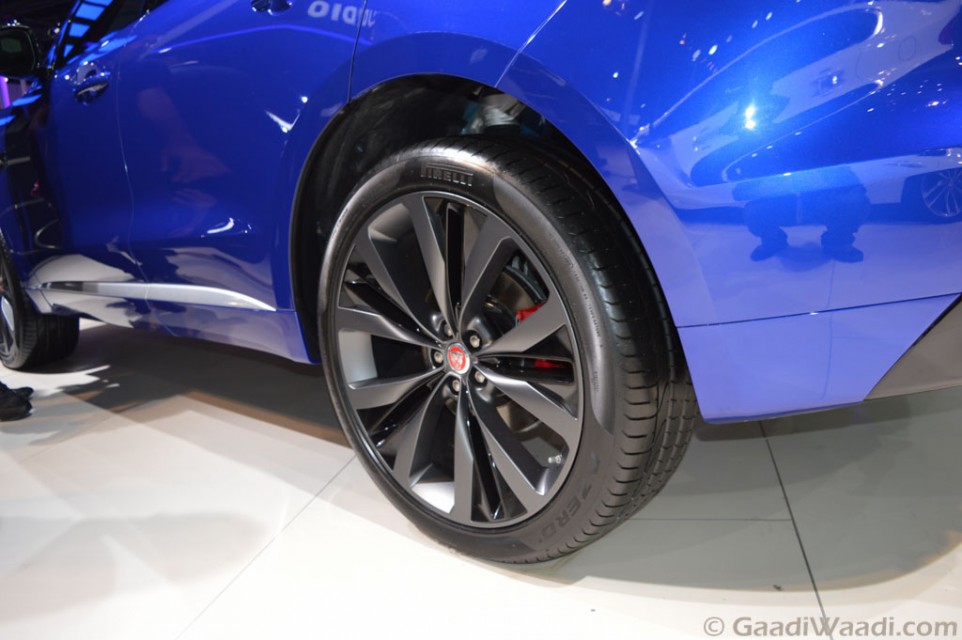 Jaguar might have plans to introduce a SVR-badged supercharged 5.0-litre V8 variant as well in the future. It features electric power steering, Intelligent Drive Dynamics, Adaptive Surface Response system, advanced double wishbone suspension up front and Integral Link aluminium at the rear, torque vectoring, an optional electric adaptive damping mechanism and alterable driving modes. It boasts 50:50 weight distribution and at required times has the capacity to send half of the total torque to front wheels with All Surface Progress Control and Low-Friction Launch systems.