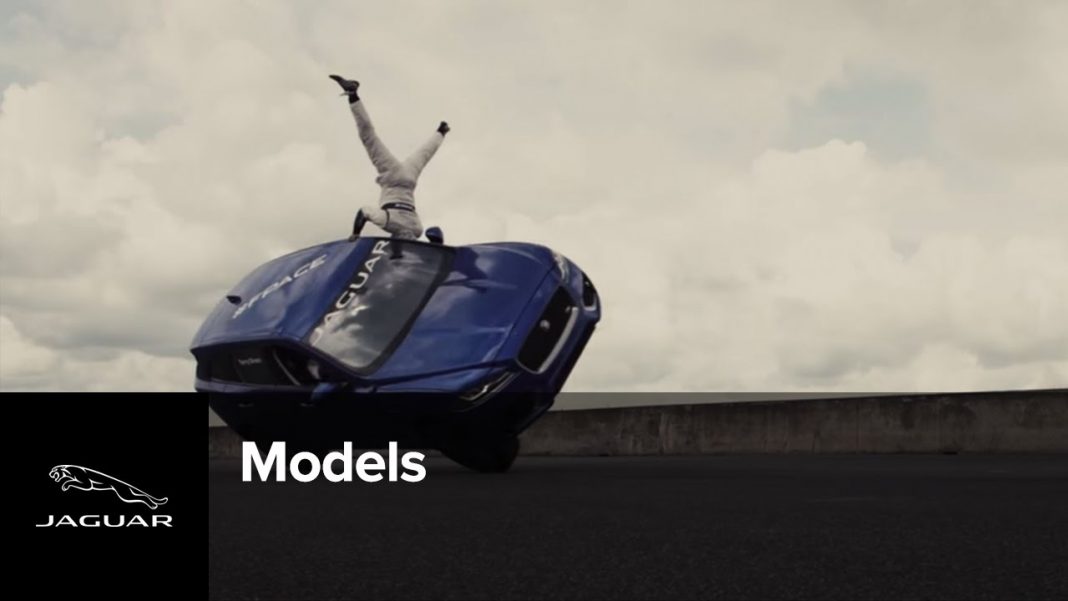 At the Goodwood Festival of Speed in the UK, jaguar F-Pace made a stunning entry. Remember last year’s biggest loop-a-loop challenge performed by Jaguar F-Pace? Well, that stunt was performed by professional stunt driver Terry Grunt, and he took the F-Pace again on a spine chilling stunt at Goodwood. This time the luxury SUV performed a run on two wheels.

Not only that; freestyle motorcycle stunt rider Lee Bowers also joined in the F-Pace stunt. Lee climbed out of the passenger window and stood on the side of the car and climbed back inside before the stunt was over. Talking about the amazing stunt at Goodwood Terry Grunt has been saying, how the light and rigid aluminium structure of the Jaguar F-Pace along with the precise control made the stunt easy.

Before performing at Goodwood, Terry Grunt has practiced it over and over at the Santa Pod Raceway in Northamptonshire. Jaguar F-Pace have been the fastest selling vehicle for the British marquee ever. It has sold 14000 units in the first 10 months after launch. Jaguar F-Pace has been derived from the CX-17 concept showcased at the 2013 Frankfurt Auto Show. The car comes with an aggressive and muscular design at exterior, while the interior reflects premium luxury.

The Jaguar F-Pace comes equipped with range of engines from Ingenium family. The engine options consist of three petrol and two diesel units. The petrol F-Pace gets a 2.0 litre engine churning out 237 bhp of peak power, a 3.0 litre V6 producing 377 bhp of peak power. The range topping petrol unit is a massive 5.0 litre supercharged V8 motor.

On the diesel front the car gets a 2.0 litre engine generating 177 bhp, while a 3.0 litre V6 engine pumps out 337 bhp. The Jaguar F-Pace is available in both Rear Wheel Drive (RWD) and All Wheel Drive (AWD) configurations.