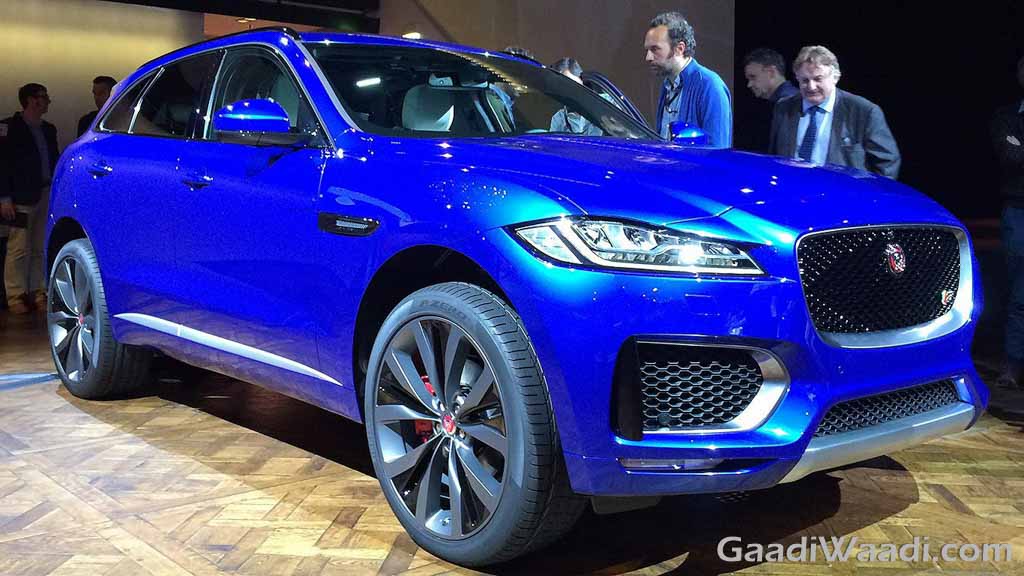 The Jaguar F-Pace codenamed X761 is a Crossover SUV and is the first to be built by the British car manufacturer. The luxury SUV was announced formally at the 2015 North American International Auto Show in Detroit with sales commencing 2016 onwards.

Prior to the launch the Jaguar F-Pace is thoroughly tested exhaustively in the most demanding locations, where temperatures shoot to the extremes of hot and cold: -40°C to +50°C, yet the SUV crossover has proven durability. Jaguar has taken measures to prove the crossover has an unrivalled blend of performance, design and practicality, the new F-Pace was put to test under the most extreme conditions the car maker has ever devised. “We developed the F-PACE to offer the ride, handling and refinement demanded from a Jaguar, together with exceptional levels of ability and composure on all surfaces and in all weathers. Just as we paid obsessive attention to detail over the engineering of every single component, we’ve exhaustively tested the F-PACE in the most challenging conditions to ensure that it will exceed the expectations of our customers around the world.” The design of the F-Pace features sports-car derived chassis systems to ensure exceptional ride and handling enabled by Double wishbone and Integral Link suspension. Jaguar claims the performance crossover is designed around people who love driving, we are sure, like all Jaguar breeds the F-Pace will stun its users. The F-Pace is based on the Jaguar C-X17 concept car, delivering a blend of liveliness and comfort unlike any other in the segment. “We haven’t made any compromises or exceptions: the new F-PACE had to be a true Jaguar and had to deliver the dynamics DNA. We’ve tested ride and handling to the limit in all environments and in all conditions, and the result is that the new F-PACE is as engaging and rewarding to drive as it is comfortable and quiet. As soon as you get into the vehicle you know immediately that it’s a good place to be.” The exterior of the sports crossover is blended with the C-X17 concept car, which carries its influence throughout the car, starting from the bold front grille and the muscular bonnet until the powerful rear haunches, fender vents and distinctive tail light graphics, which also resembles the powerful F-Type. The full-LED headlight, forged 22-inch wheels and short front overhang, has literally put the C-X17 concept into a full proof production vehicle. At the interior, the crossover easily accommodates five adults with unconditional comfort from head to toe and also carries 650-litres compartment space at the boot. As infotainment is concerned there is no compromise, you get a premium InControl Touch Pro 10.2-inch touchscreen system with quad-core processor and solid-state drive, and runs on ultra-fast Ethernet, these results in getting the vehicle converted as a super-fast wifi hotspot, which can connect up to eight devices.