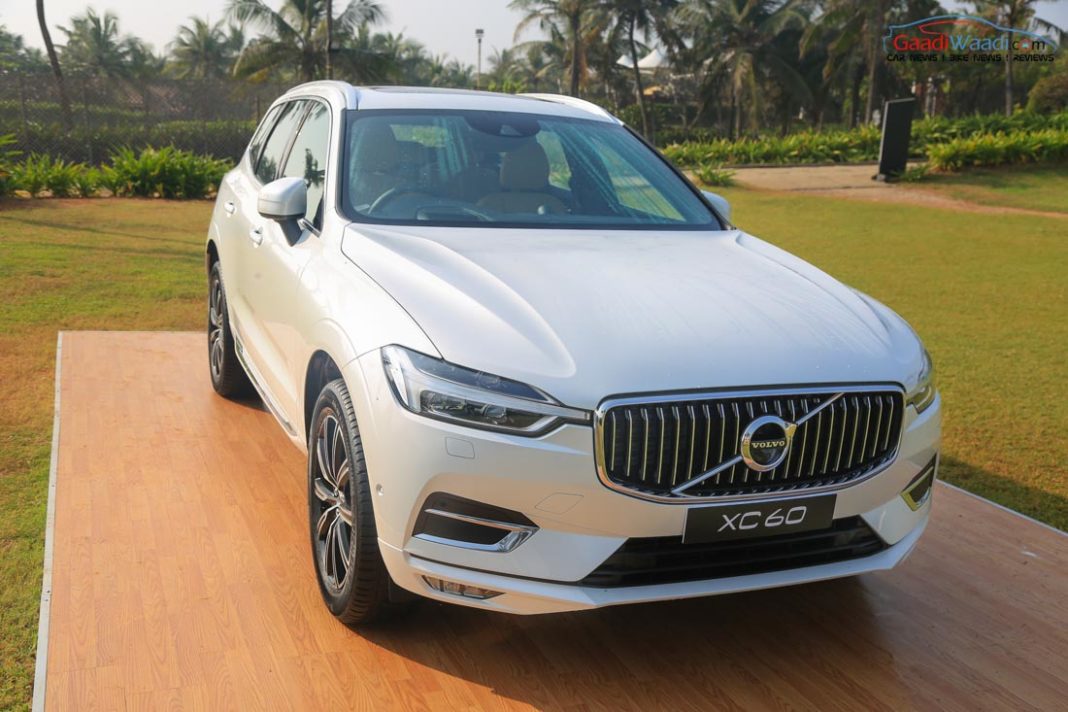 The first customer unit of the XC60 midsize SUV was rolled out of the production lines from Volvo’s Torslanda plant in Sweden a few weeks ago. It was a T5 Inscription AWD model painted in crystal white colour scheme. The new-gen XC60 has a mountain to climb as it succeeds the bestselling mid-sized luxury in Europe. Yes, the XC60 through its lifespan endured massive global sales of nearly one million units and contributed to almost one-third of the entire Volvo sales worldwide.

It is the fourth vehicle underpinned by the in-house developed and flexible SPA vehicle architecture. Under the bonnet, the said model boasted the award-winning T8 twin-engine petrol connected to electric motor in the range-topping model. The plug-in hybrid unit produces a combined power output of 407 horsepower while capable of accelerating from zero to 100 kmph in just 5.3 seconds. 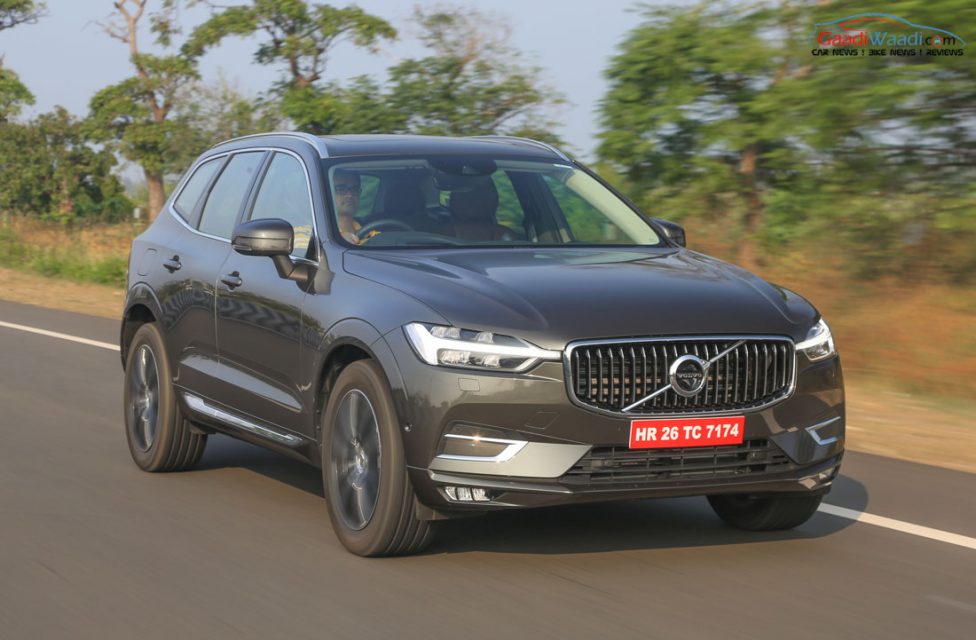 The much-awaited new generation 60 series Volvo SUV made its global debut at the 2017 Geneva Motor Show in September. The 2018 Volvo XC60 replaces the existing model which has been in business since 2008 in foreign markets and it has recently been launched in India. Here is everything you need to know about the all-new XC60:

The 2018 Volvo XC60 takes design inspiration from its bigger sibling the new XC90 SUV.The SUV is underpinned by a shorter version of the SPA architecture. It sports Volvo’s signature Thor’s hammer LED headlights. Also, the front grille gets chrome garnishing and boasts design cues from the flagship SUV model in the range. 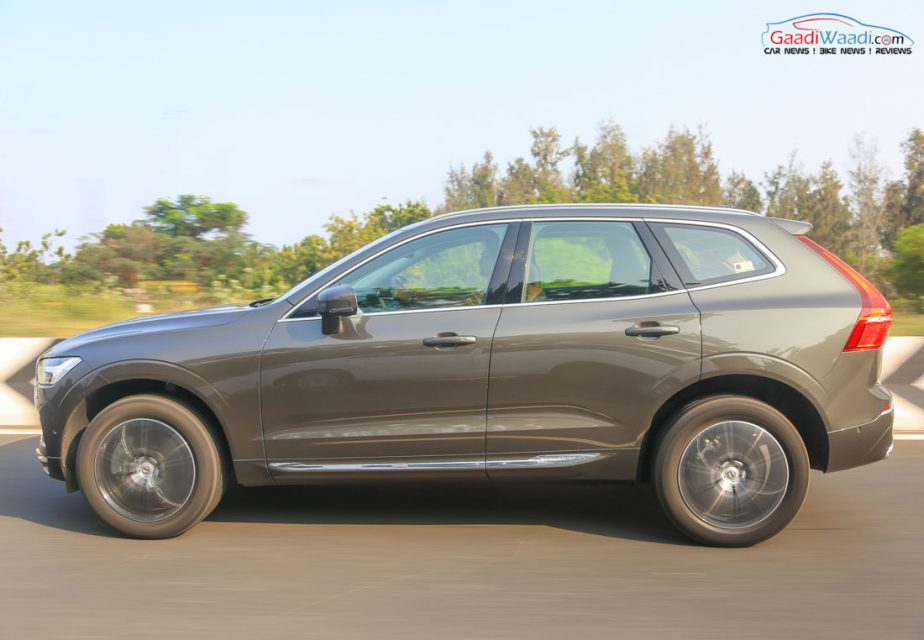 At the side profile, the SUV features stylish appearance with the turn indicator integrated ORVMs, sporty alloy wheels and sleek roof rails. The rear fascia of brand new XC60 gets vertically positioned LED taillights and looks sharper and more stylish compared to the outgoing model. The exterior is understated but has a typical luxury stance of a modern Volvo.

The interior of 2018 Volvo XC60 has received several updates as well. It comes sporting similar design like the bigger sibling XC90. This means, the new XC60 arrives more premium looks while emphasizing on luxury and comfort for the occupants. 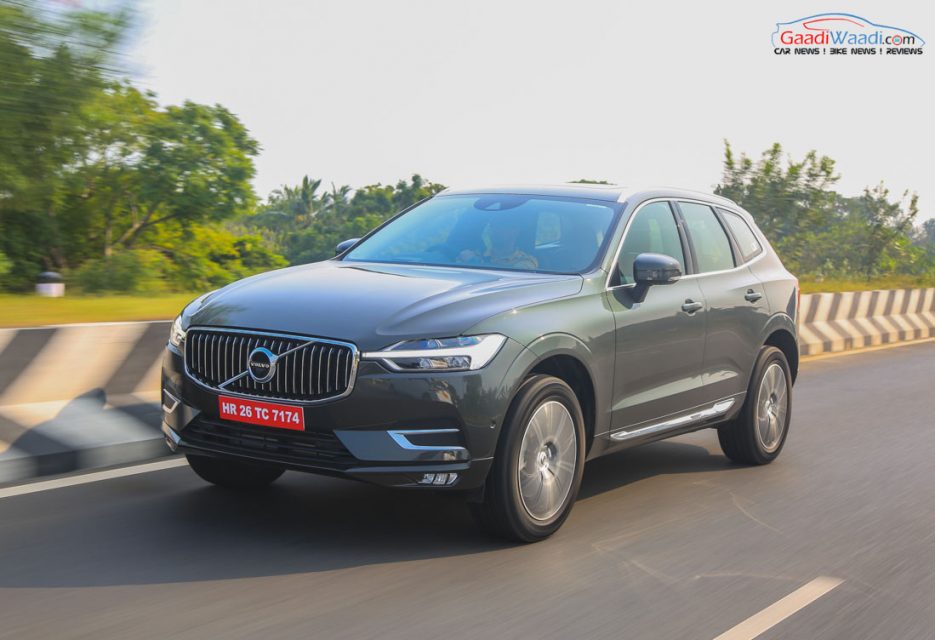 Volvo Cars have introduced three new advanced driver assistance features in the new XC60. They are designed to provide the driver with automatic steering assistance or support when needed to help avoid potential crashes.

Volvo said the new features will make the XC60 one of the safest cars currently and rightly so as it exceeded expectations and scored more rating than any other car ever tested by Euro NCAP recently. 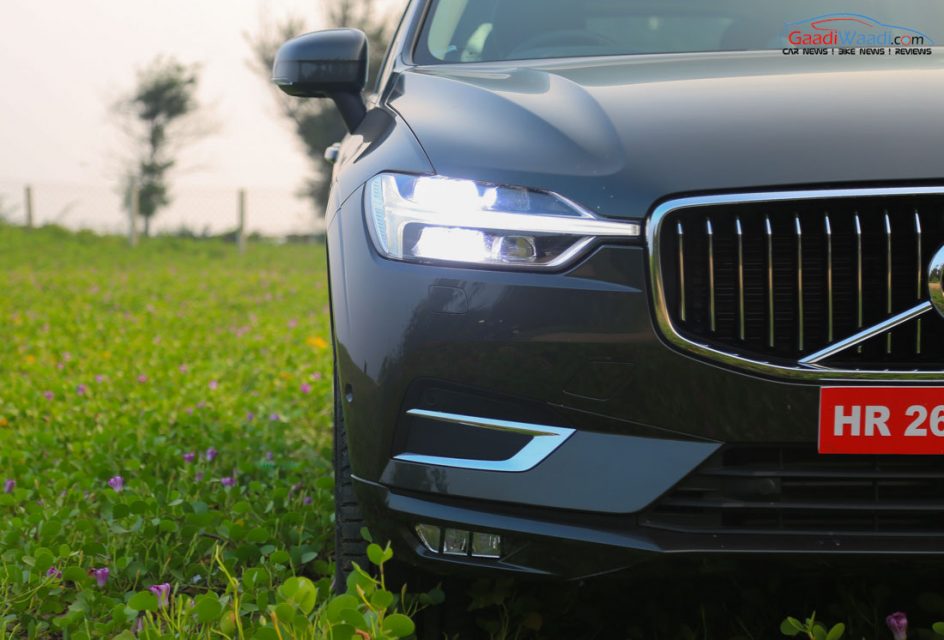 Volvo has been working with collision avoidance systems for many years and claims that in Sweden alone a decline of around 45 per cent rear-end frontal crashes have been witnessed courtesy of the collision warning with auto-braking system. City Safety has been updated to accommodate steering support in the new XC60 and it engages when automatic braking cannot avoid a potential collision between speeds of 50-100 kmph.

The Oncoming Lane Mitigation also helps avoiding accident with vehicles in an oncoming lane. It alerts a driver who wandered out of driving lane by providing automatic steering assistance and guiding them back into their own lane and out of the path of any oncoming vehicle in speeds between 60-140 kmph. It also gets a new CleanZone four-zone climate system that removes harmful pollutants and particles from outside the cabin. 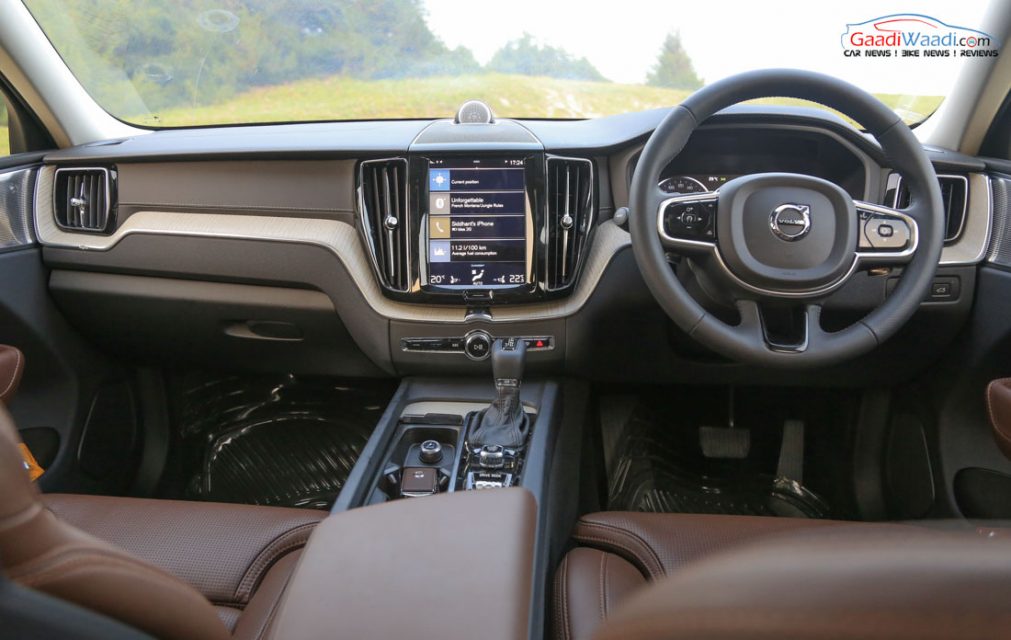 The optional Blind Spot Information System alerts drivers to the presence of vehicles in blind spot and it has also received an update to include steer assist functionality. Large Animal Detection, Run-off Road Mitigation and the semi-autonomous driver support and convenience system Pilot Assist are the other optional safety technologies made available in the new XC60. 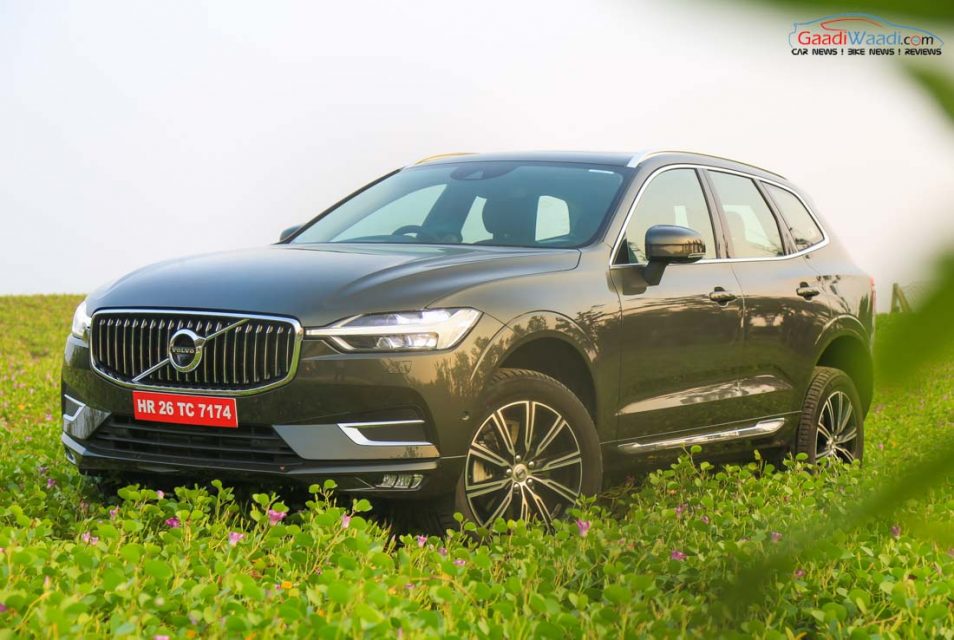 The new compact SUV will compete against the likes of Mercedes-Benz GLC, Audi Q5 and BMW X3 and has performance advantage over them.

Amidst having various D4, D5, T5 and T6 engines, domestic customers initially gets the 2.0-litre twin-turbo diesel engine which is good enough to produce 235 hp and 480 Nm of torque. It is mated to an eight-speed automatic transmission sending power to all four wheels through an AWD system.

The SUV features Volvo Pilot Assist II semi autonomous driving technology internationally. For power source, it gets a range of engines options including a 2.0-litre turbocharged petrol and diesel motors. Transmission options for global markets comprise of top-spec eight-speed automatic gearbox while AWD is standard across the range. 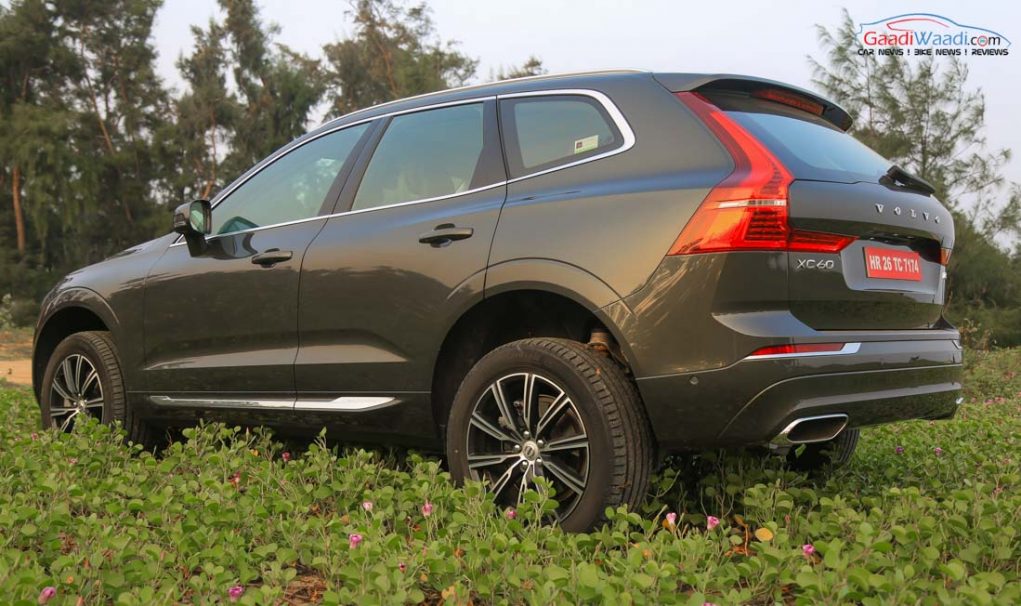 It has 44 hp more power than the BMW X3 xDrive20d. The D4 diesel from S90 flagship sedan could be introduced at a later time while the T6 petrol and T8 petrol-hybrid may reach our shores in the near future. It has good chance to be a success in the market considering the equipment level offered in such a loaded package against its German rivals.