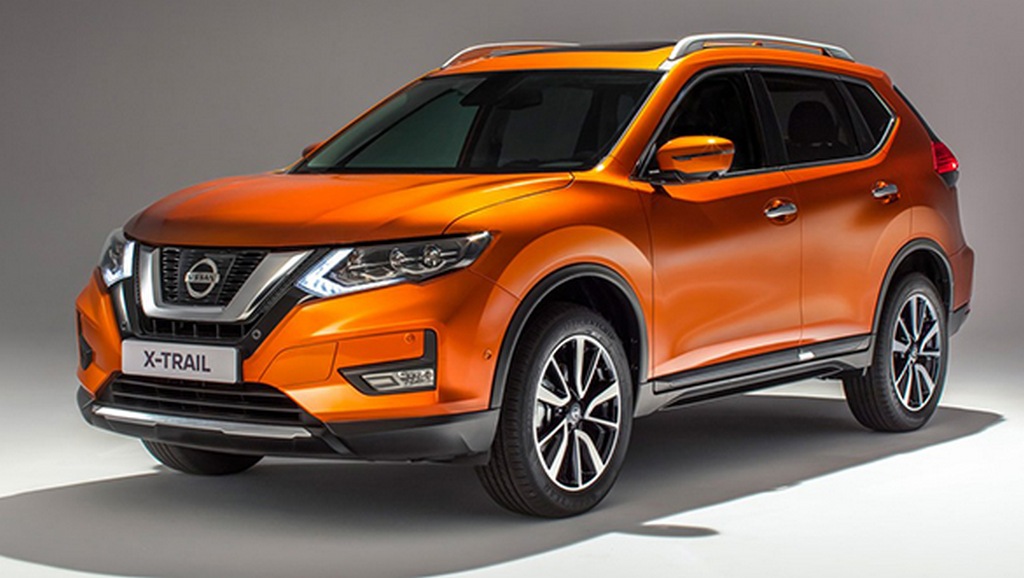 Nissan has revealed a new version of its X-Trail premium SUV through a facelift. It gets cosmetic updates and interior revisions in its new form compared to the outgoing model in the international markets. As for the exterior, there have been some significant changes and chief among them are a newly designed bumper and the now-signature V-Motion grille that flows into the revised headlamp units and has been made larger.

The headlamp cluster features the boomerang-shaped Daytime Running Lights and Nissan’s AFS (Adaptive Front Lighting System). The Japanese manufacturer has decided to ditch the circular fog lamps in place a rectangular system that induces more appeal to the premium SUV. The only place where Nissan had to make do with limited changes is the sides as just a chrome strip added on the plastic mould at the bottom. Out the back, Nissan has improved the undermined styling with a set of full LED taillamps. Combining the visual makeovers, it is safe to say that the facelifted X-Trail has come more to life in terms of having a road presence. Stepping inside the cabin, the 2017 X-Trail receives quite a few updates. On the top-of-the-range variants, the Bose audio system has been introduced along with a sporty flat-bottom steering wheel.

The multifunctional steering wheel is accompanied by vented seats for occupants up front and the rear. Additionally, the new X-Trail gets motion sensor activated electric tailgate but the main talking point is the arrival of Nissan’s ProPilot autonomous driving system that allows for stage 2 autonomy. The X-Trail can now automatically do functions like braking, steering and so on single lane when the mode is activated and helps largely in highway cruising. We have been informing you about the entry of X-Trail into our domestic market for several months now and showed the spy shots of the hybrid-only version being tested locally. We are yet unsure whether the new or pre-facelift will enter India but expect a launch to happen in the closing quarter of this year with a 2.0-litre petrol-electric powertrain.