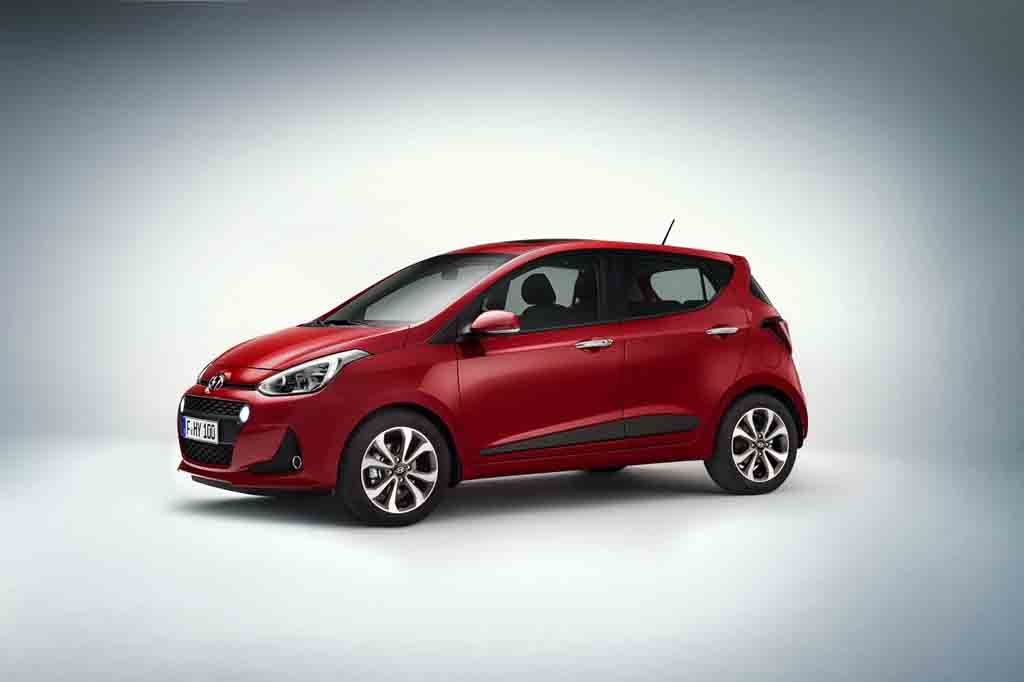 Hyundai i10 facelift unveiled ahead of debut at Paris Motor Show; will start selling in UK from January 2017 onwards

Hyundai i10 has been a pretty popular car with its stylish and upmarket appearance. Now ahead of the facelifted i10’s debut at the upcoming 2016 Paris Motor Show, the South Korean auto manufacturer has revealed the car through some new images. The new i10 has gone through some cosmetic overhauls, which actually makes the car quite appealing.

At the front fascia the facelifted Hyundai i10 sports a new design radiator grille which come sporting round shaped LED daytime running lights. The headlamps come identical with the outgoing model, while the front bumper has been tweaked as well. At both sides, the new i10 features black accented fog lamps which sport chrome garnishing. 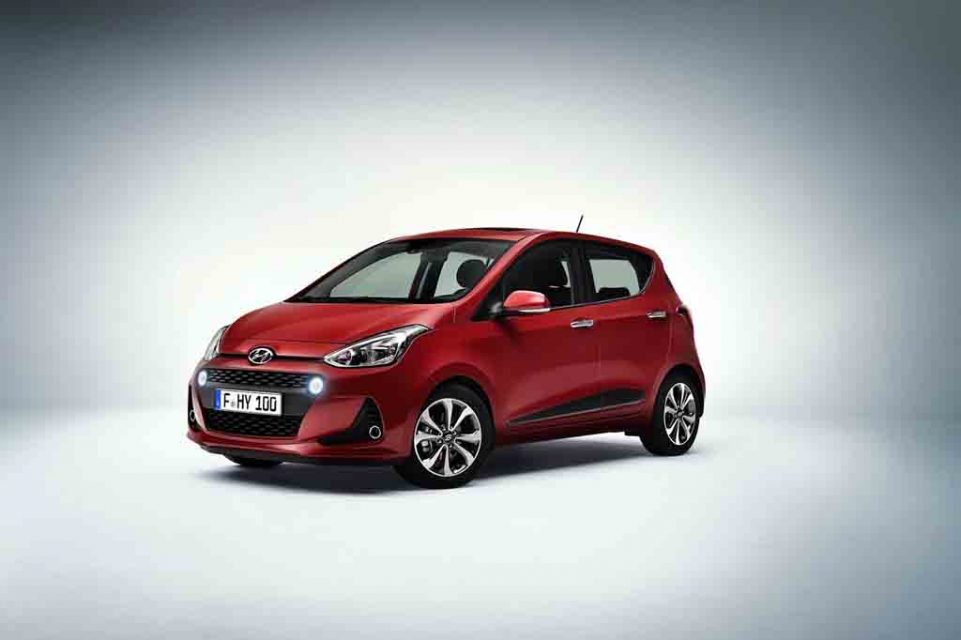 At the side profile the 2017 Hyundai i10 sports 14 inch steel or alloy wheels with a sporty design, which is complemented by the chrome finished door handles, side body cladding. The rear fascia also come sporting new design bumper along with tweaked taillights and round rear fog lamps sitting at the black insert. The interior is something, which has gone through major changes to make it appear upmarket and sporty looking.

Up front inside the cabin the 2017 Hyundai i10 comes with multifunction steering wheel, a sleek instrument cluster showing informations through large analog dials and a small MID. The centre console gets a 7 inch touchscreen infotainment system which is equipped with Apple CarPlay and Android Auto. The navigation system comes with 7 years of free subscription to Hyundai’s traffic monitoring system. The dashboard, upholstery and seat covers come donning a sporty dual tone finish. 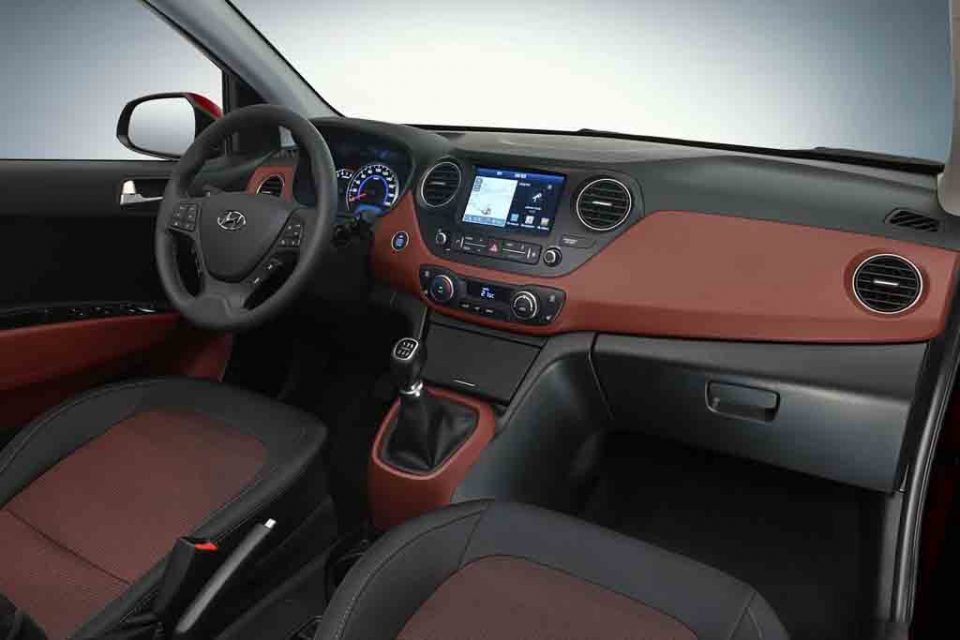 Also read: Hyundai i10 and i20 GO! Special Editions Launched in the UK

A five speed manual gearbox does the transmission duty in both petrol and diesel i10 presently, while the petrol model is available with automatic gearbox as well. On the safety front the facelifted Hyundai i10 comes sporting front collision warning system, lane departure warning system, though it is not sure, whether the India spec model will receive these features. 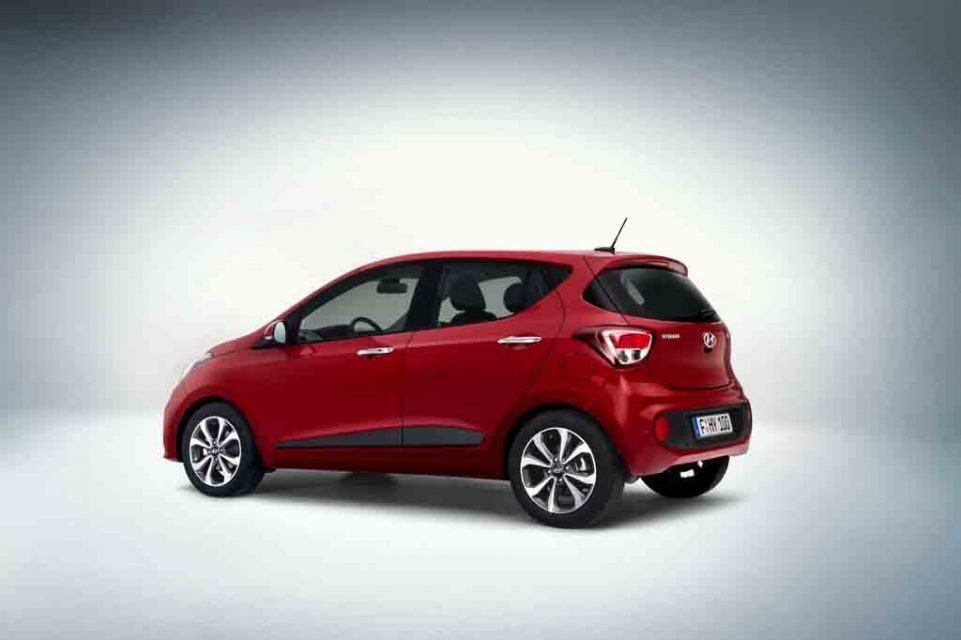