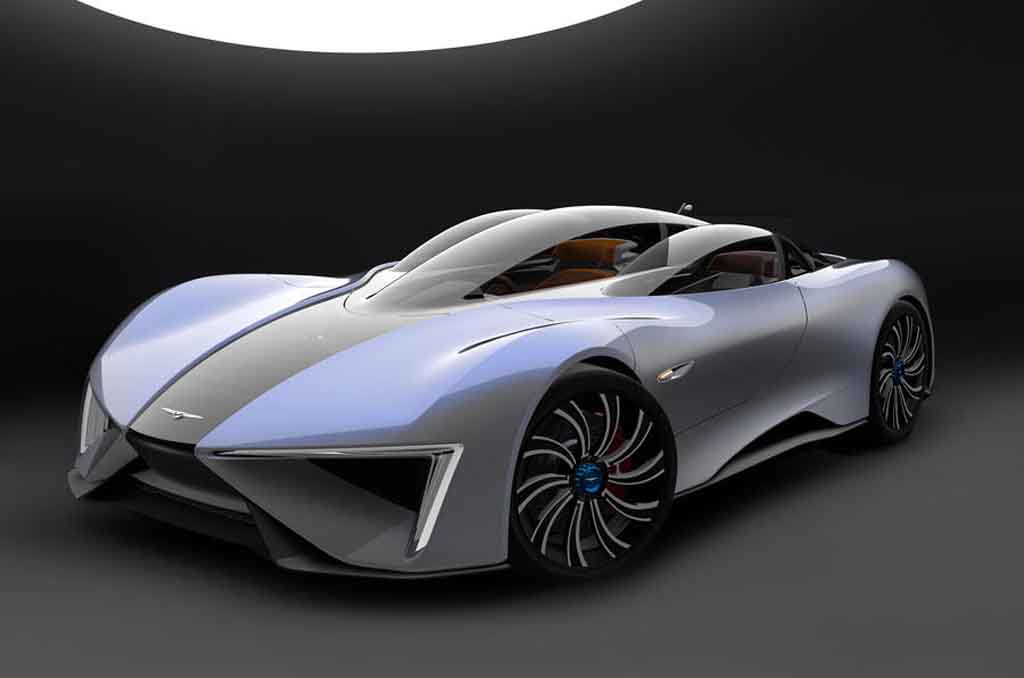 The Techrules Ren is world’s first turbine electric supercar; capable of running 350 km at a stretch

Chinese automotive R&D company Techrules has grabbed everyone’s attention at the ongoing Geneva Motor Show with its futuristic electric supercar Techrules Ren. Not only due to the design, but for the technology too, the supercar is one of the most exciting models being displayed at the prestigious show.

The Techrules Ren is world’s first TREC-recharging electric supercar, that charges its battery with diesel-fueled turbines and what’s more interesting, it can run 350 km at a stretch without recharge. The supercar’s powertrain can generate massive 1287 bhp of peak power and 2339 Nm of peak torque. The powertrain enables the car to accelerate 0-100 kmph in just 2.5 seconds with a top speed of 350 kmph. The Chinese company also claims that this supercar delivers around 14 kmpl of fuel efficiency and emits 106 g/km of CO2. 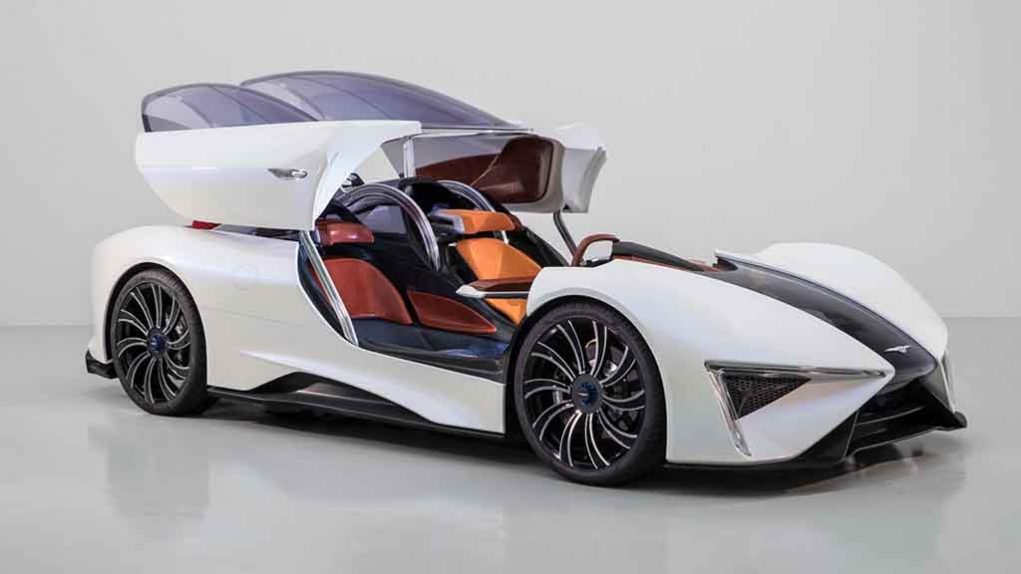 While the powertrain and performance of this supercar is a topic of discussion, the structural design is also a focused toward delivering an awe-inspiring performance. The Techrules Ren comes with a carbon fibre structure. It weighs 1,700 kg and the power-to-weight ratio is 757 bhp/ton, which is 26 bhp/ton higher than the Bugatti Chiron.

The design of the car has been executed by Italian designer Giorgetto Giugiaro and his son Fabrizio. The company says, design of the Ren supercar is inspired by the aerospace technology. It gets rear spoiler, which can deploy independently to keep the car stable even during extreme high speed. It can be built in three different seating configurations – singe-seater, twin-seater and three-seater. It uses a canopy, which omits the need for doors. 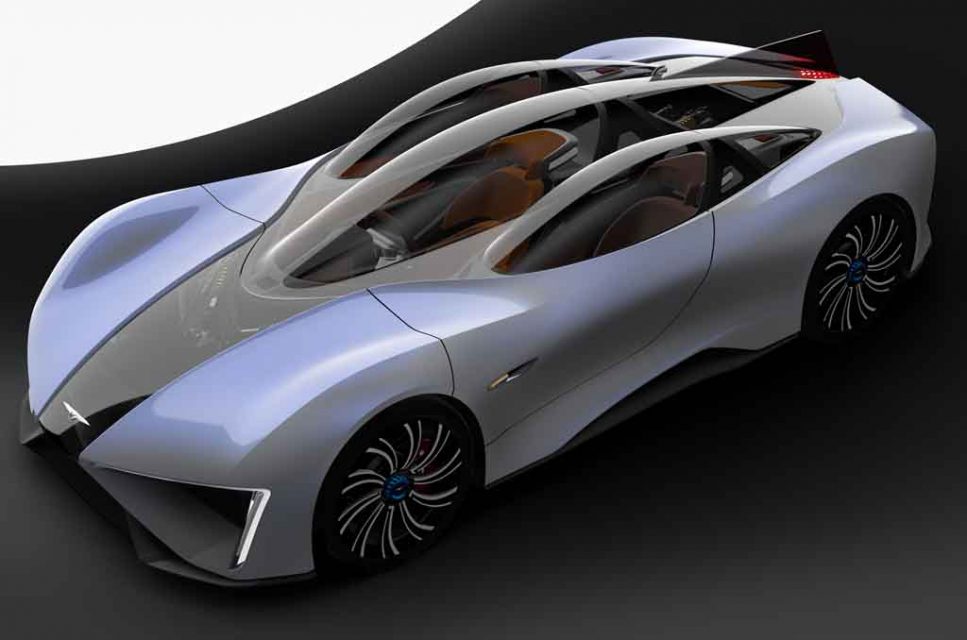 While designing the Techrules Ren, aerodynamic efficiency has been given utmost priority, and the canopy comes following the need. The car runs on 22-inch wheels wrapped in 255mm wide tyres. The powertrain of the car gets a six-motor setup with two generating power to front axle, and four delivering energy to the rear axle. Twin-motor and quad-motor setups are also available with this supercar, and the lithium ion battery too comes available in different capacity options.

The Chinese company claims, the battery can be charged up to 80% in just 15 minutes using a DC fast charger. Interestingly, this is the first supercar manufactured by any Chinese automaker and it is already being ready for sale. Initially 96 units will be produced as track versions and later 10 units will be built every year and pricing of this unique model is likely to be around £2.2 million.