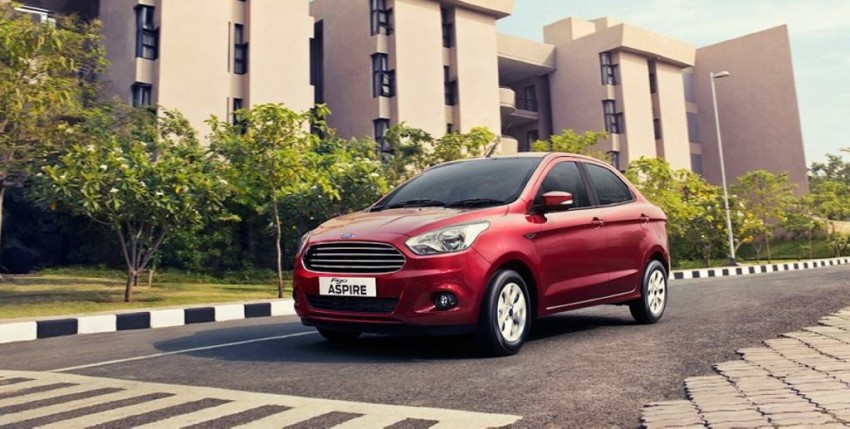 Ford is getting ready to launch the Figo Aspire later this month, and today we have for you an exact date regarding the launch of the compact sedan. A dealer has confirmed to us that the Figo Aspire will launch on August 12 in the country. The bookings for the compact sedan are already underway for Rs 30,000 and the dealers are reporting that the waiting period for the car has already extended to 2 months. Ford Figo Aspire Launch will see the unveiling of the 1.2 litre unit will come mated to a 5-speed manual gearbox whereas the 1.5 litre motor will come mated to a 6-speed dual clutch gearbox which is unlikely to come at Ford Figo Aspire Launch, but at a later stage. The diesel variant will get only the 5-speed gearbox. The Figo Aspire borrows its interior design cues from the EcoSport and Fiesta. The compact sedan has been off the quite positive reviews and the fact that it will offer safety features even on the base model surely makes it worth of the consideration. Ford has heavily localized the car to account for a good after sales service and low cost maintenance. The Figo Aspire will be entering a highly competitive segment and will be priced quite aggressively initially. At the Ford Figo Aspire Launch, expect the prices to start around the Rs 5.2-5.3 lakh mark for the base model and they will go up till Rs 8.5 lakh for the top end models. Ford currently has the EcoSport bringing in the volumes for it and would be betting on the Aspire and upcoming Figo hatchback to further rope in more customers.