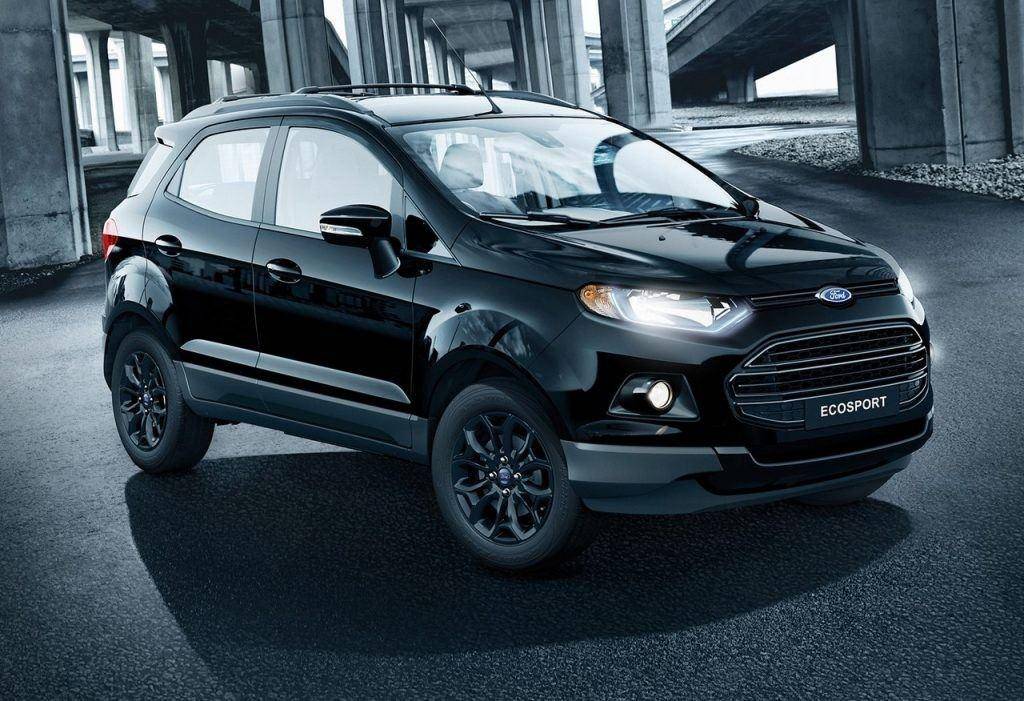 The American auto giant has launched a new special edition of the EcoSport for the Australian market. Christened as the Shadow Edition, it offers a Shadow Special Vehicles Pack. Made available in the top-of-the-range Titanium dual-clutch automatic variant, it comes in two exterior paint jobs namely Diamond White and Panther Black.

The latter is costlier than the other and the Shadow Edition’s production is limited to hundred units as Ford tries to sell the compact SUV to first-come first-get customers. The number of units is evenly split between the two colours and like any special edition, the new EcoSport has been ornamented with slew of cosmetic upgrades to make it stand-apart from the standard range.

The exterior changes include an all-black treatment to the new set of alloy wheels, black treatment to the hexagonal front grille, foglamps with bezel surrounds, blacked out headlamps, new black roof cross bar and roof rails, mirror covers, etc. The Ford EcoSport Shadow Edition gets power from the same 1.5-litre four-cylinder petrol mill which is good enough to develop 110 horsepower and 140 Nm of peak torque.

The Diamond White edition is priced at AU$28,090 (Rs. 14.43 lakh) before on-road costs and is currently available on sale while the Panther Black exterior colour will cost an additional AU$ 450 (Rs. 23,119). Ford has the EcoSport compact SUV as one of its globally top-selling products. It had long been a benchmark in the segment in India until Maruti Suzuki Vitara Brezza came in to carry the torch.

The success of EcoSport cannot be underestimated as since launch in June 2013 its consistency has kept intact. Last month saw Ford selling 4,885 examples, which was the highest in the previous one year, and recently the Black edition with all-black treatment has been offered in Trend+, Titanium, and Titanium+ grades. The facelifted EcoSport is under development and will be debuting at the 2016 Sao Paulo Motor Show in November. We predict the key model in Ford’s India line-up to arrive here sometime next year.