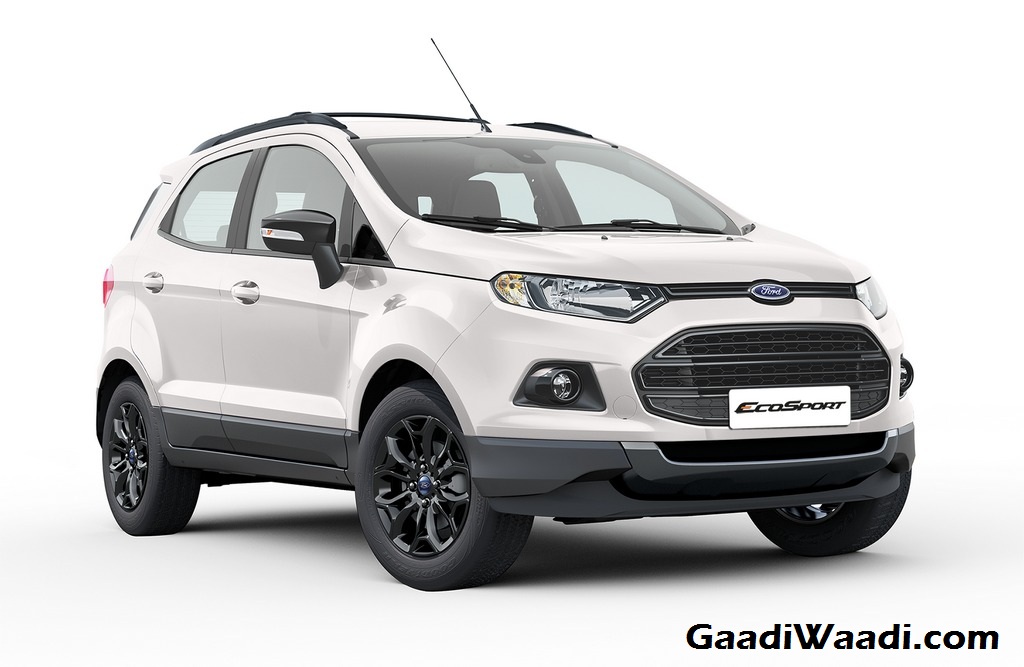 Ford India has lifted veil off its Black Edition form of the EcoSport today which is said to further enhance the sportiness and imposing presence of the compact SUV. The new Ford EcoSport Black Edition will be available in the Trend+, Titanium and Titanium+ variants.

The three choices of engines in which the Black Edition will be retailed as in the regular EcoSport are the 1.5L TiVCT petrol, 1.5L TDCi diesel and the 1.0L EcoBoost engine. The American manufacturer was forced to reduce the prices of the EcoSport up to one lakh rupees as soon the Maruti Suzuki Vitara Brezza was launched in the domestic scenes back in March. 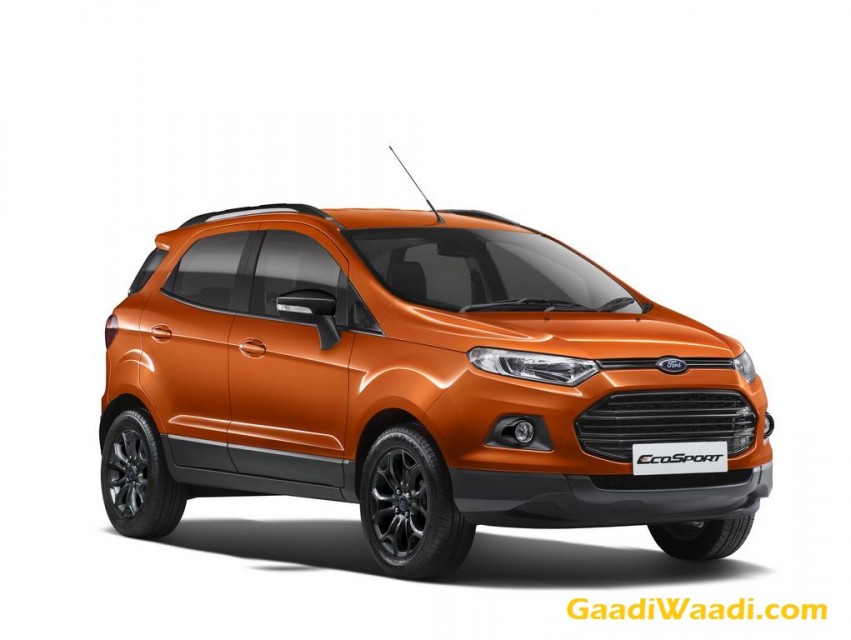 The Vitara Brezza has truly excelled in garnering customers as the April 2016 sales data suggested that 7,832 units were delivered – more than twice managed by EcoSport in the same period – with bookings surged over 50,000 mark in total. In order to slowdown the growth of Vitara Brezza and thereby luring more buyers, the new EcoSport Black Edition could possibly be launched in seven trims.