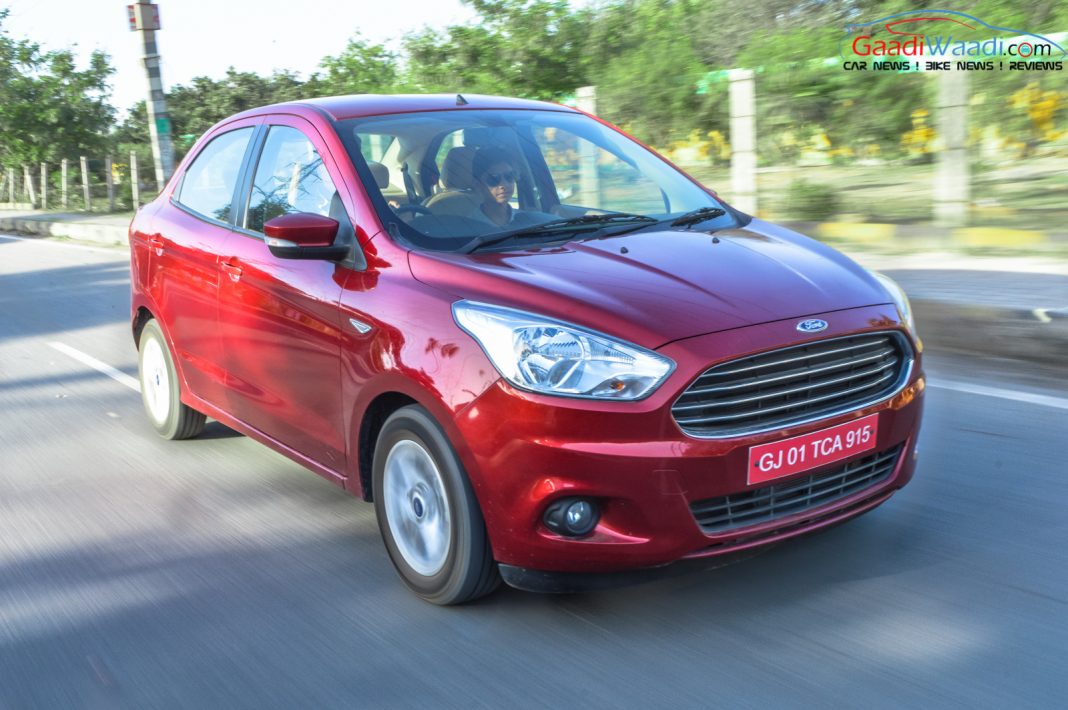 Ford India has announced price slashing of some particular variants of its subcompact sedan Figo Aspire and the latest generation Figo hatchback by up to Rs 91,000 as the brand looks to revitalize the sales of both the models.

Due to the revised prices that will come into immediate effect, the sub-four metre Ford Aspire will now be offered in a range of Rs 5.28 lakh and Rs 6.8 lakh for 1.2 litre petrol variants. The reduction in price of the Figo twins ranges between Rs 25,000 and Rs 91,000 depending on the according trim level. As similar to the petrol models, the diesel counterparts of the Aspire has seen a price cut ranging from Rs 25,000 to Rs 91,000 across several versions and will now be sold for a price between Rs 6.37 lakh and Rs 7.89 lakh (ex-showroom, Delhi)

The brand’s compact hatchback Figo in its 1.2-litre petrol guises will now carry price tag between Rs 4.54 lakh and Rs 6.29 lakh (ex-showroom, Delhi). It has encountered a price decrease ranging from Rs 29,000 to Rs 30,000 for the range topping variants.

The diesel versions come powered by 1.5-litre motor will now be sold with a price ranging from Rs 5.63 lakh to Rs 7.18 lakh (ex-showroom Delhi) while the top-end versions have seen price reduction of Rs 50,000. Ford has witnessed big blows in terms of sales in recent times and the brand did not enjoy success it wanted to achieve with these models.

The previous generation Figo hatchback was an enormous game changer but the struggles Ford has met with of late could have pushed them to go for the price cut. No big products seemed to be in the pipeline as well in near future so pushing for the sales of existing models is the only logical move while concentrating on the promotion and service side of affairs.