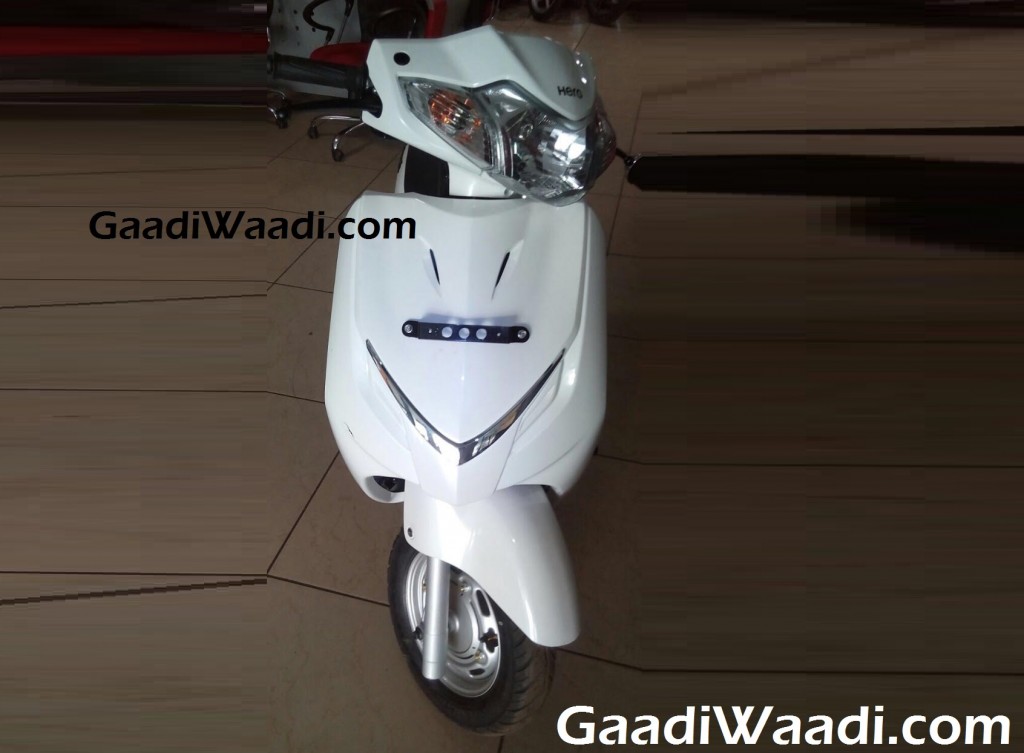 Hero Duet – The Metal body Scooter, earlier speculated to come with 125cc engine, but initially it will launch with 110cc only. 125cc to follow in February 2016

Like we told before you, Hero is on a roll and is rolling out scooter meanwhile its erstwhile rival is focusing on motorcycles. Hero Duet is one of the scooters that plan to hit the scooter market and rob the share from the Honda Activa. Yes, the Hero Duet is a 110cc scooter.

Hero Duet is far more superior when it comes to Honda scooters, as it gets telescopic suspension. Hero Duet will fight the likes of Activa-i with more value and better hardware onboard of it. Hero Duet will come with all new Hero engine that is made in conjunction with AVL motors. People who makes engines from Indian manufactures such as Tata and Mahindra. They have forayed into two-wheeler segment with Mahindra Scooters and Hero as well. Hero Duet will have an all aluminum engine that will produce around 8-9 BHP and same amount of torque. The engine basics, if shared with the Gusto then Hero has a winner on its hand as the engine is quite an feat. Hero Duet has much better styling than its rival as it sleek and the side and rear are well proportioned. Headlights quite resemble to the previous generation Activa. Parts have been shared with the Hero Maestro Edge but are made to look different such as, seats and grab rails along with meter console. Expect the pricing to be around Rs. 47,000 mark. The Hero Duet will rival entry-level scooter from other manufacturers in the 100/110cc segment. Hero Duet is not far away from launch as it has reached dealerships. Delivers will being in September which means Launch could be last week of August or first week September. Expect this scooter to be endorsed by Alia Bhatt soon on Indian television screens.