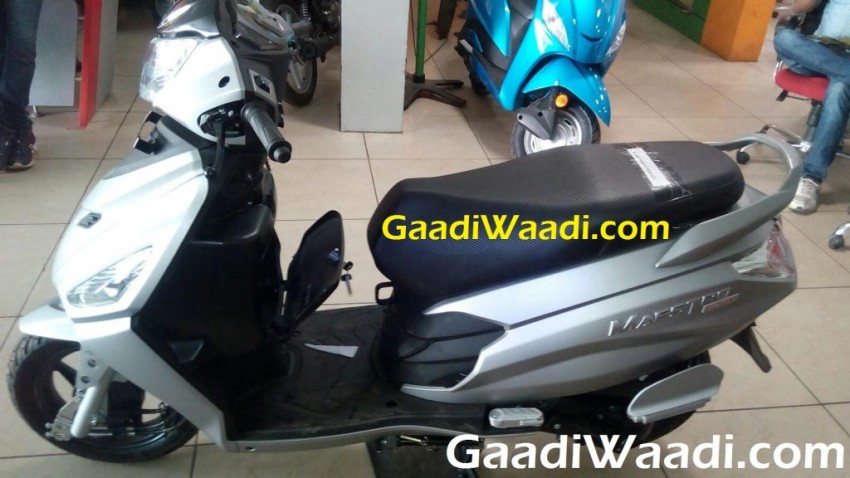 Hero Maestro Edge spotted at dealership, launch is just around the corner The Hero Maestro Edge will get telescopic forks, an all new exhaust with a very bold design has been spotted on the new Hero Maestro Edge. EDGE badging on the side fender and new tail-lights, headlights are visible. Meter console and other things will remain similar but not identical. The bike seen here gets the case box in the foot well area. Styling wise its all new on the front and side as well.