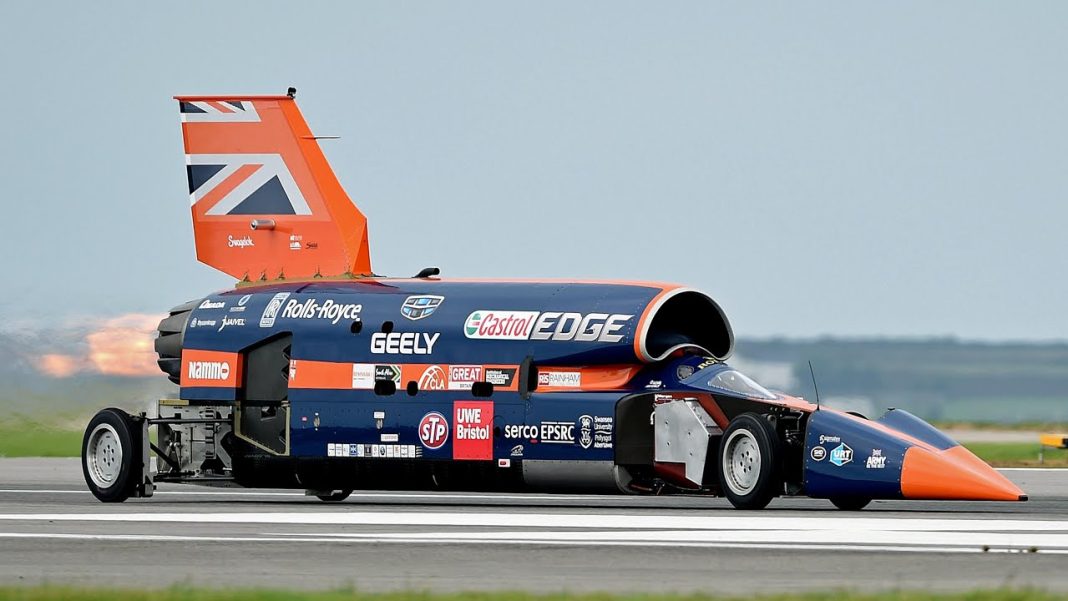 Bloodhound SSC has completed its first public run by successfully reaching over 200 mph; next step is reaching above 600 mph next year

Bloodhound SSC has the primary aim of reaching or exceeding the elusive 1,000 mph (1,609 kmph) mark and set a new world land speed record. The ultra-sharp British supersonic land vehicle has its origins as an educational project to encourage students in taking up STEM (Science, Technology, Engineering and Mathematics) courses by exhibiting these subjects in exciting way.

It uses a prototype Eurojet EJ200 jet engine developed for the Eurofighter helping it to reach as much as 300 mph (480 kmph) while a specially built hybrid rocket designed by Nammo propels it to over 1,000 miles per hour (1,609 kmph) in theory. 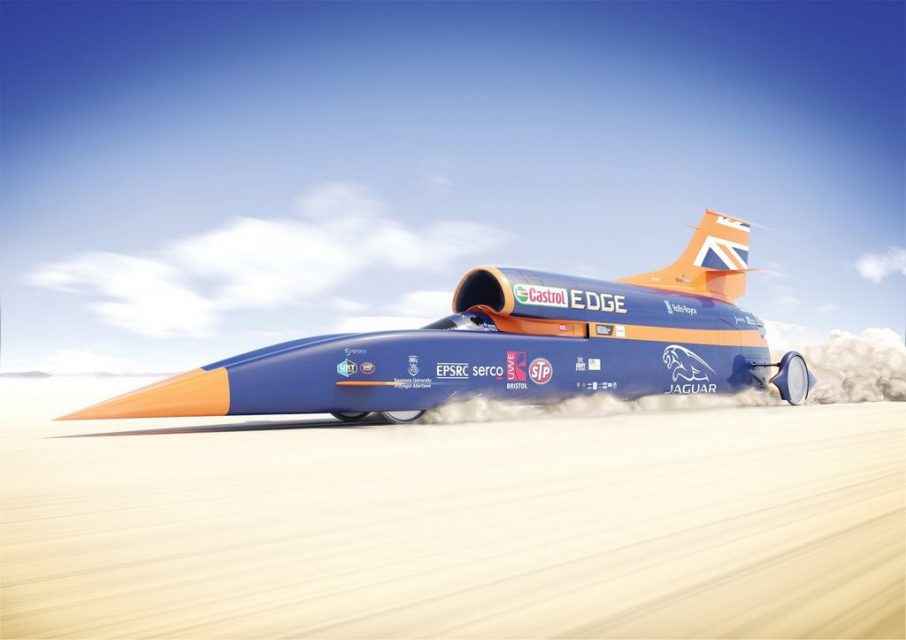 An auxiliary third engine is a Jaguar supercharged V8 that would drive the oxidizer pump for the rocket. The College of Engineering at Swansea University is largely responsible for the aerodynamic development of the vehicle and gave it the pencil-shaped shape from the beginning.

Developed with intention to shatter the land speed record by the largest ever margin of 33 percent, the Bloodhound SSC. With several trials and tribulations, it was announced July last year that Andy Green would be attempting to break his very own World Land Speed Record in October 2017. 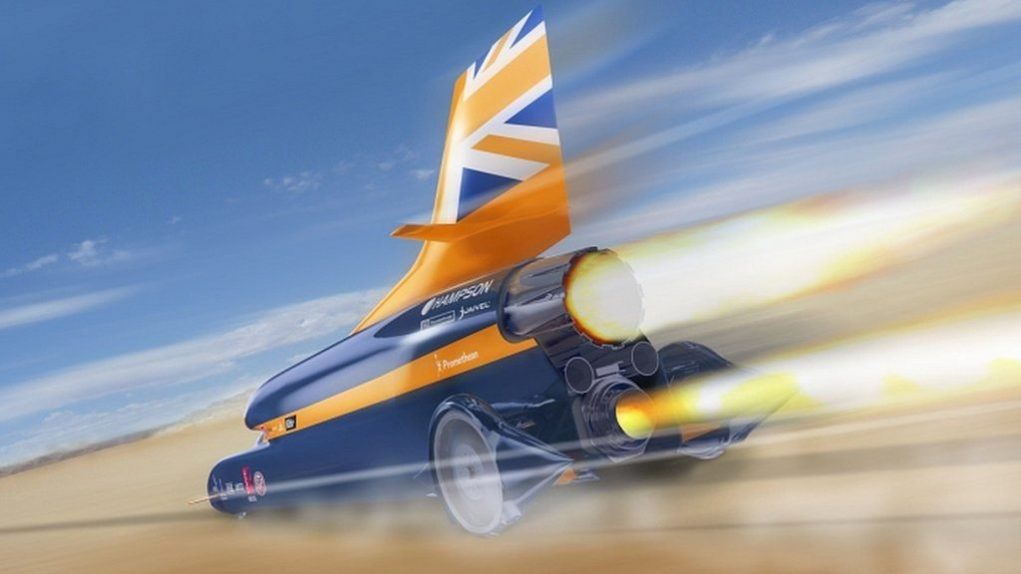 The resilient team had then faced a setback and announced that there would be a delay in its new world land speed record attempt due to cash strapped environment. Now, the Bloodhound SSC successfully completed its first test a few days back after having reached 200 mph on two separate runs at the Newquay Airport in the United Kingdom. 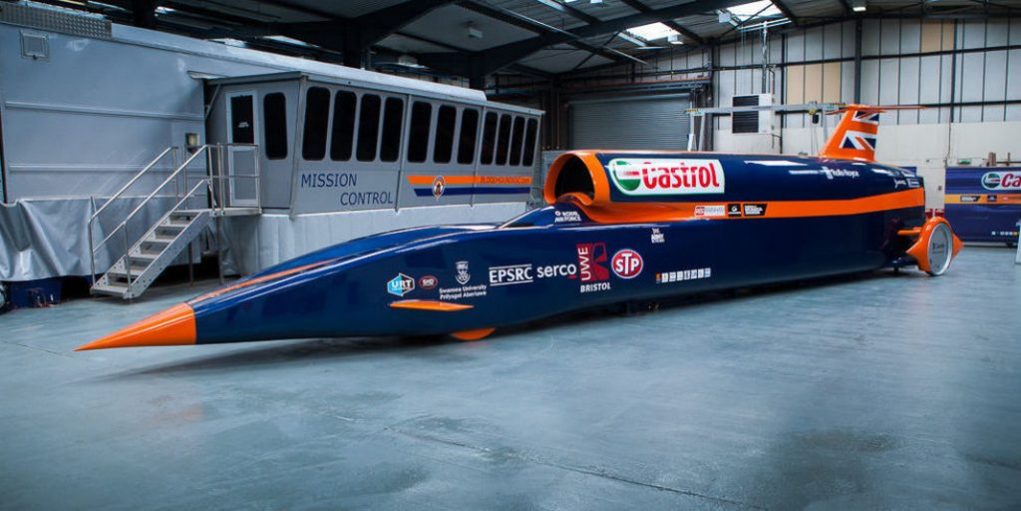 Each run witnessed the jet and rocket-powered car running up to 200 mph (320 kmph) in less than 1.3 km. It played significant role in assessing the vehicle’s different aspects such as suspension, brakes and steering as well as calculating the EJ200 jet engine’s efficiency.