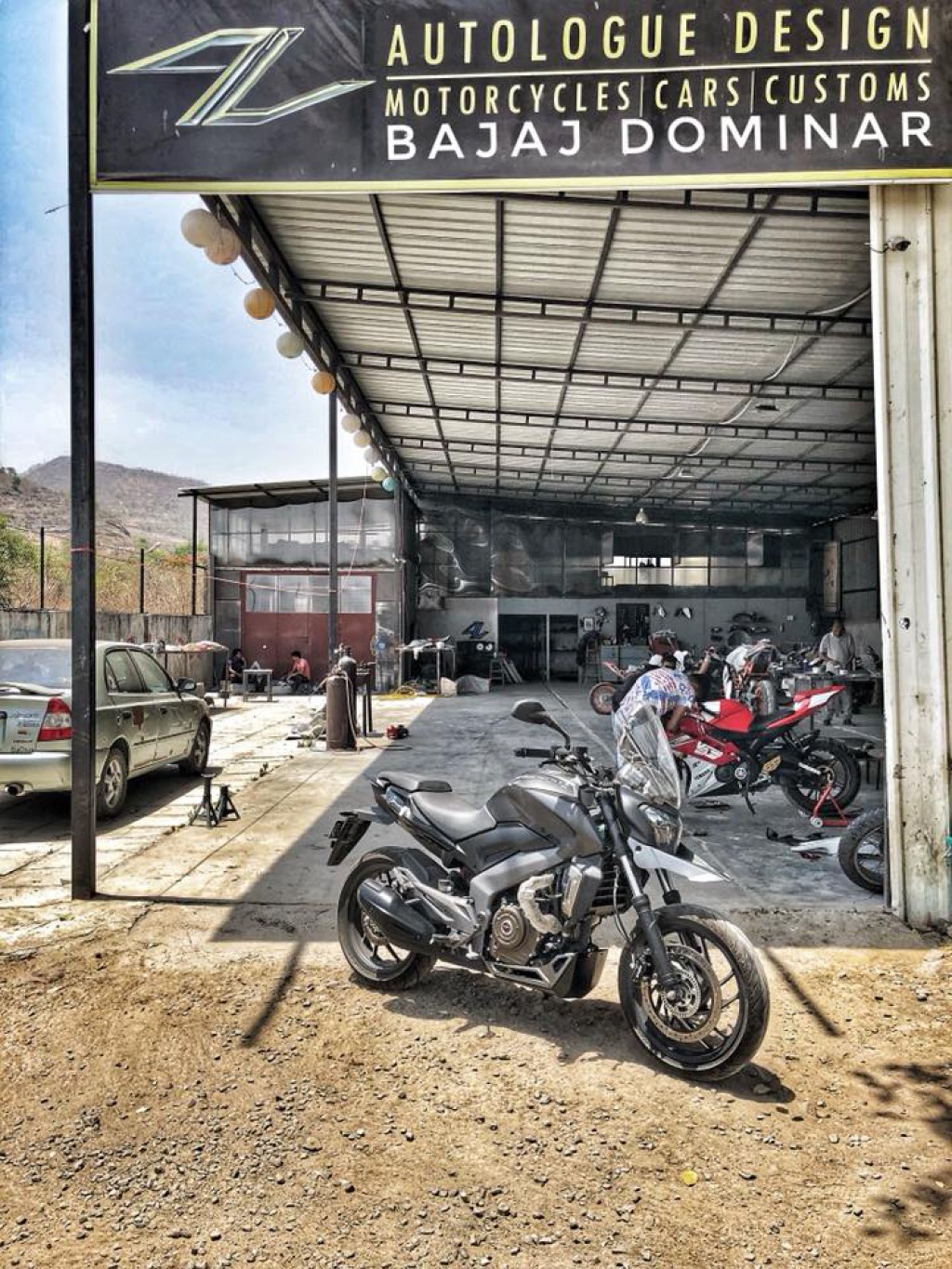 The first accessory for the Dominar 400 is bigger and wider visor which help the rider from wind blast in highway. They removed stock fenders and given a new one which is placed just below the headlamp. The new fenders give an adventure bike look for the Dominar 400. To protect the engine, the custom shop has given brash plate. Apart from these accessories, Dominar 400 remains stock. 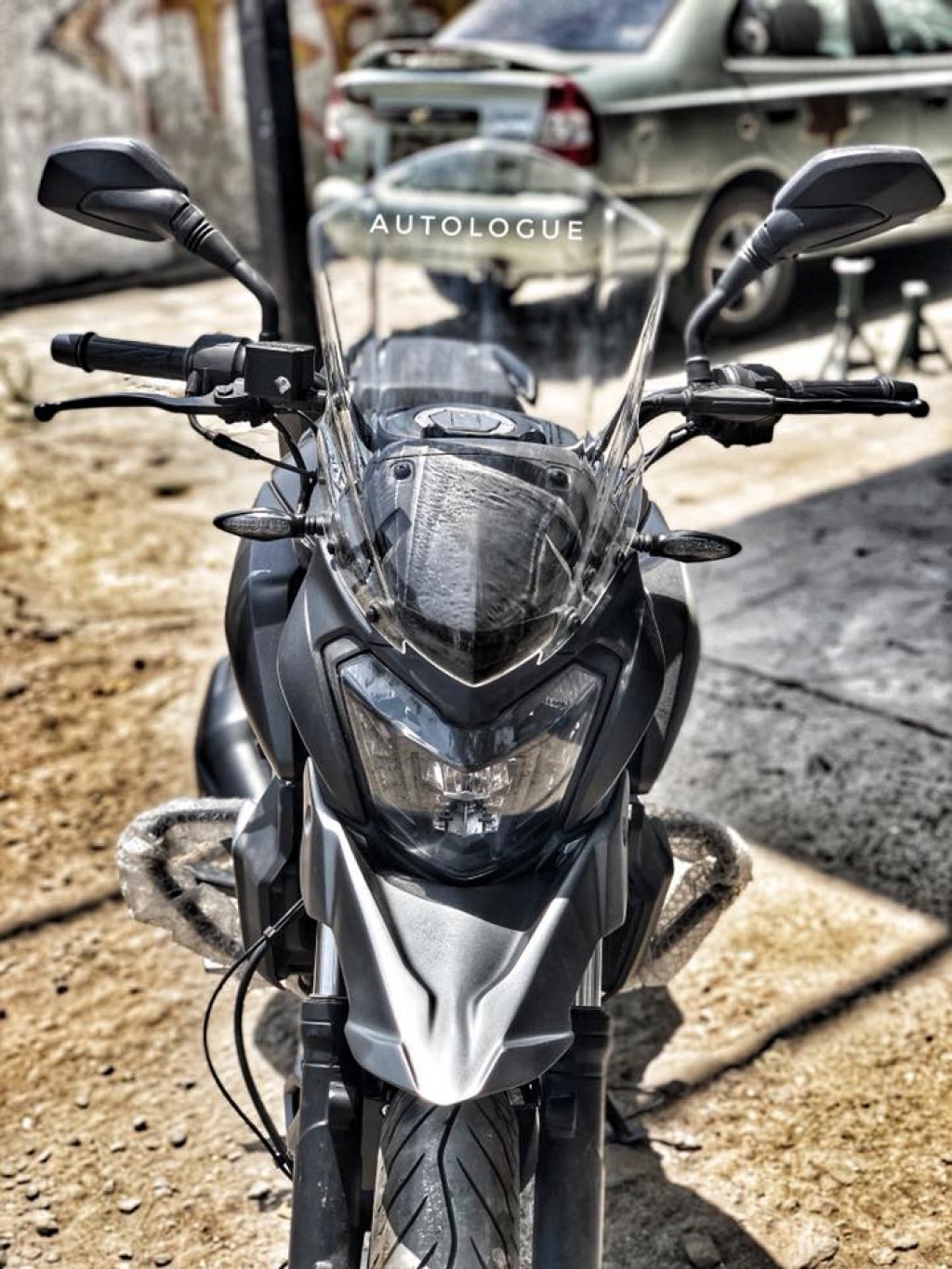 Last year Autologue Design launched Domivel body kit for Dominar 400 which increases the sporty appeal. The changes include new custom belly pan, tank extensions, blue colour for the alloy wheels and body and new design for the tyre hugger. The rear is completely new as the pillion seat gets a cowl along with a new design for the tail kit. 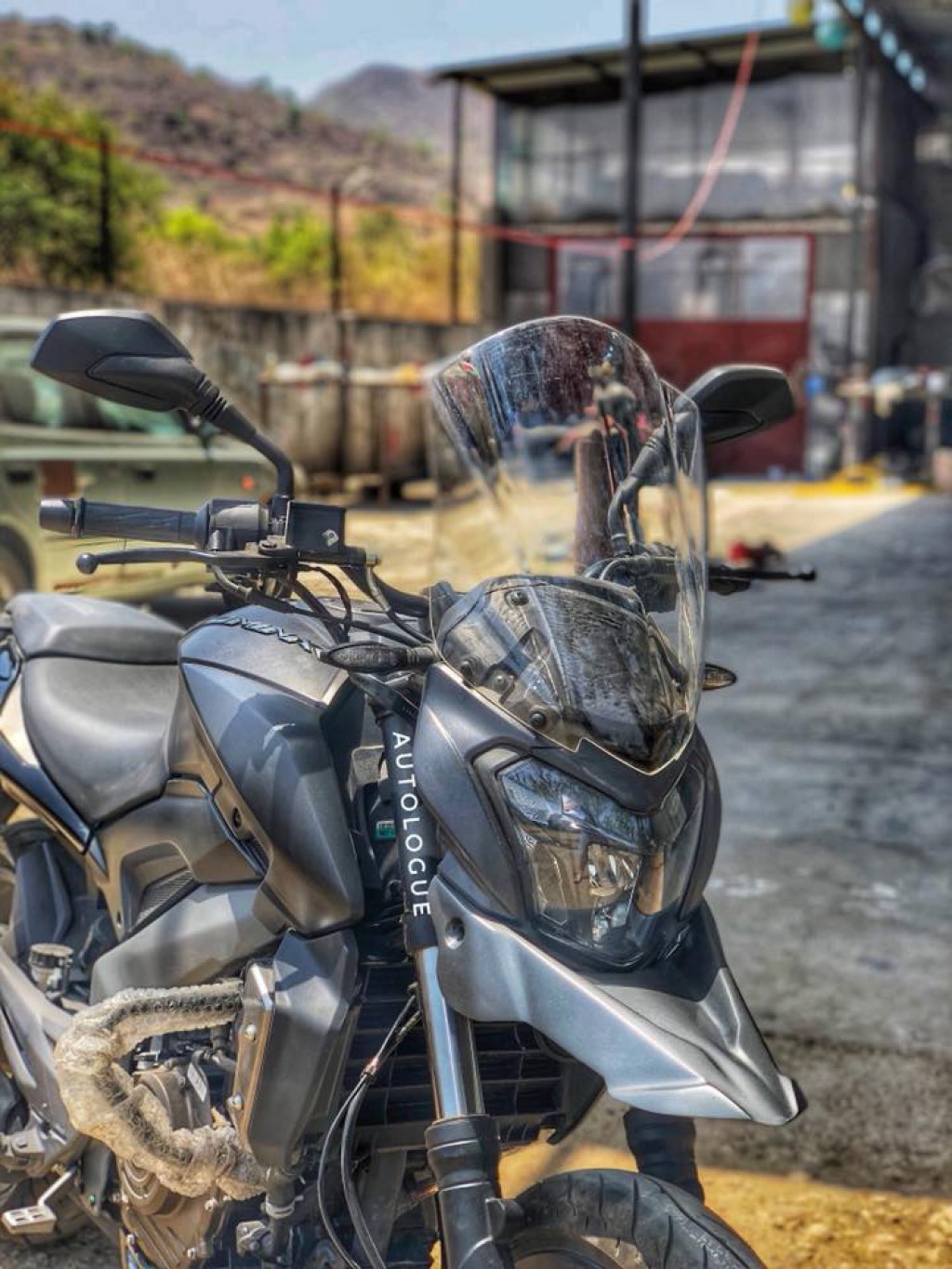 Bajaj Dominar 400 is powered by 373 cc single cylinder engine producing 34.50 hp of power at 8,000 rpm and 35 Nm of torque at 6,500 rpm. This engine is mated to 6 speed gearbox and the top speed is 148 kph. The Indian manufacturer also offer dual channel ABS and slipper clutch. The Dominar 400 comes in Rock Matte Black, Canyon Red and Glacier Blue.

Bajaj has given 320 mm disc at front and 230 mm at rear. The front tyre is 110/70 section and rear is 150/60 section tyres. The Indian manufacturer has given wider 43 mm telescopic front forks and multi-step adjustable mono shock at rear. Bajaj Dominar Standard variant is priced at Rs. 1.44 Lakh and Rs. 1.58 lakh for the ABS variant.