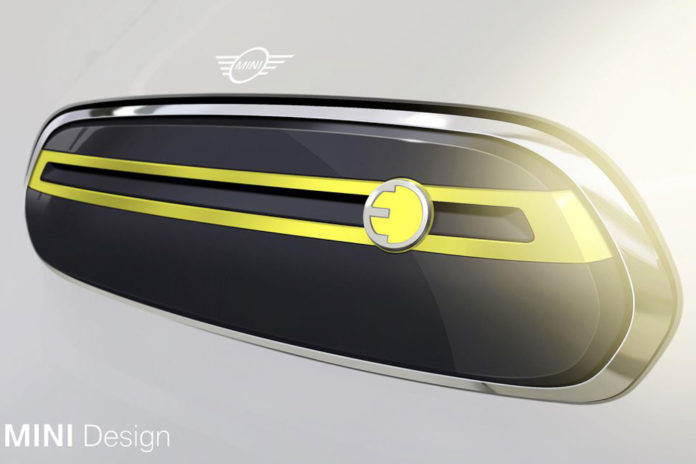 2019 Mini Electric Vehicle is based on last year’s concept showcased at the Frankfurt Motor Show; could use powertrain from BMW iX3 Concept

Mini has released first official teaser images of its forthcoming electric hatchback after having been spied almost production ready recently. The British manufacturer’s E pilot program did gather good response and the momentum of ten years did pursue Mini to get the green signal from BMW Group for a road-going version.

The nomenclature of the upcoming EV is yet unknown but it will harbinger the electrification future of Mini in many ways than one. It will go on sale in the international markets sometime next year after unveiling probably in the due course of this year. Mini has not revealed anything about the model – along with the bright yellow-ish teasers – the technical details or otherwise.

The first teaser showcases the unique enclosed front grille typical of the electrified vehicles while retaining its hexagonal shape with distinguished yellow accented bar to stand out from the rest of the conventional Mini range. The second image obviously displays the four-spoke wheels borrowed from the Mini Electric concept that broke cover last year.

The asymmetrical wheel design is bordered by yellow circle and inside has three open rectangles and a big vertical or horizontal bar the way you see it. Mini appears to be opting for a athletic design that is so authentic to fill the gap between its past and the electric future. The upcoming EV is said to have engaging experience with fun-to-drive dynamics. 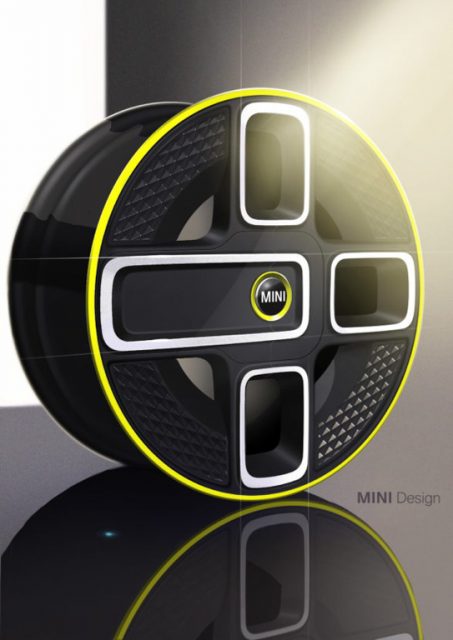 Judging by the similarities of the teasers with the concept, it is safe to assume that several design cues like three-tone body colour and “simulated air intakes” will be carried forward.

The production model will be rolled out from Mini’s Oxford plant 11 years after the Mini E went on sale with 600 total examples made back then. Mini could use a modified version of the BMW iX3 concept’s electric powertrain on the upcoming EV.