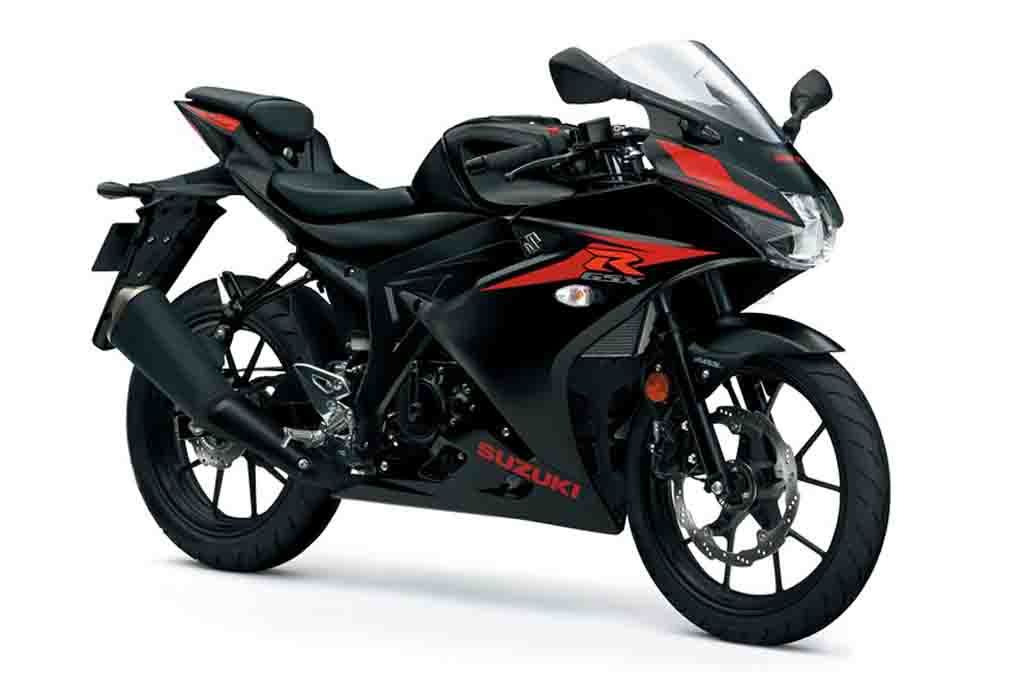 Japanese two-wheeler manufacturer Suzuki has displayed its GSX-R125 at EICMA 2016 in Milan, Italy. The bike is a fully-faired sporty model, which was revealed at Intermot 2016 in Cologne in October earlier this year. The bike sports an aggressive and sharp look and catches attention easily. Suzuki claims, in the 125cc sport bike category the GSX-R125 has the lowest seat height at 785mm among all the available models in market. The bike has been designed keeping aerodynamic efficiency in mind, which gives it the smallest frontal area in its class and also makes it the leanest model in 125cc segment. The GSX-R125 gets an 11-litre fuel tank ensuring a longer range. Like its naked sibling GSX-S125, this fully-faired model will also be available in three different colours – metallic Triton Blue, Brilliant White and Solid Black 50% Gloss.

The Suzuki GSX-R125 takes power from a 124.4cc single-cylinder, liquid-cooled, four-valve DOHC engine shared with GSX-S125. The Euro-IV emission norm compliant engine’s power and torque output is yet to be revealed. The Japanese company claims, it has been tuned to deliver smooth acceleration and impressive fuel economy. Mechanically the bike is equipped with 290mm front disc and 187mm rear disc brakes, combined with ABS. On suspension front, GSX-R125 gets traditional telescopic front fork and monoshock absorber at rear. It runs on 17-inch alloy wheels wrapped in meaty tubeless tyres. The GSX-R125 will challenge the rival like newly launched Aprilia RS125.