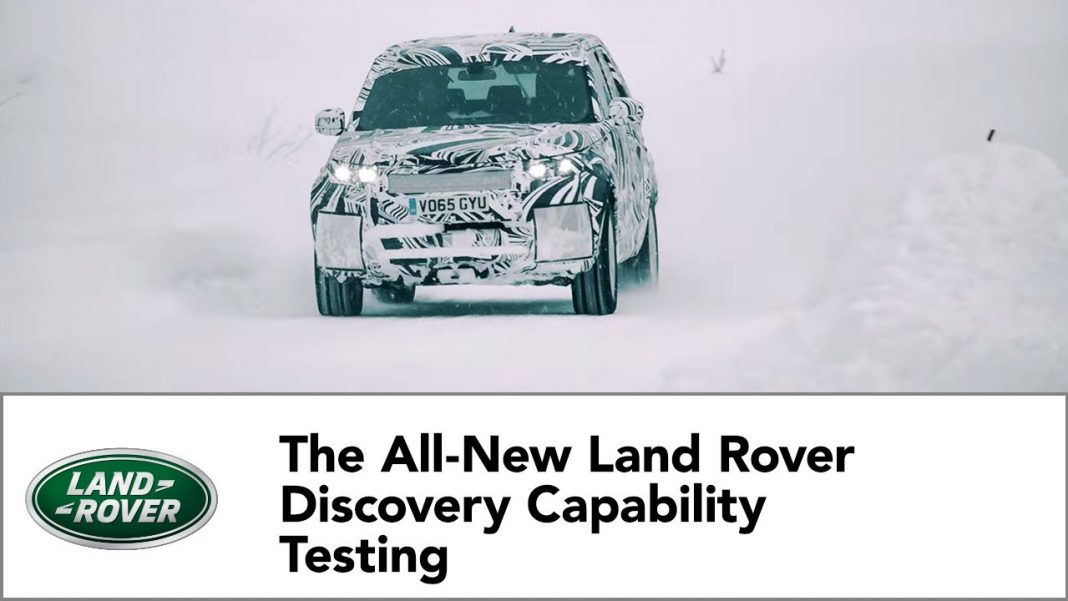 Land Rover is all set to introduce the all new 217 Land Rover Discovery at the upcoming 2016 Paris Motor Show. In its new guise, the luxury SUV has become larger and better compared to the outgoing model. It comes heavily inspired by the 2014 Discovery Vision concept. Now just ahead of its unveiling in Paris, Land Rover has taken an unique strategy to promote the car.

The British marquee recently let a group of children to design the car’s final camouflage design, and it has also release teaser videos, which give us the preview of the upcoming luxury SUV. The 2017 Land Rover Discovery has been revised at exterior and inside the cabin to give the car a more premium and sporty feel. It comes featuring new design headlamps with flowing LED daytime running lights.

The front grille comes different from the outgoing model, while front bumper has been revised heavily. It comes sporting large silver skid plate, vertically positioned air dams at both sides of the bumper. Compared to the outgoing model the upcoming one comes larger in length, which means it will offer more space to all the 7 occupants inside.

Land Rover is known for making true off-roading cars, and this car too comes bearing the legacy. In the released video the upcoming 2017 Land Rover Discovery is seen going through its offroad testing. The video shows, the car’s capability to take on the rough terrain and different weather conditions and terrains like sand dunes, snow, deep river etc.

The 2017 Land Rover Discovery is built on the Range Rover’s aluminum monocoque platform, which makes the car lightweight. Therefore the all new 2017 Land Rover discovery comes easily maneuverable and fuel efficient as well. It is powered by a 2.0 litre Ingenium diesel engine, while there will be petrol and diesel V6 engines on offer as well.