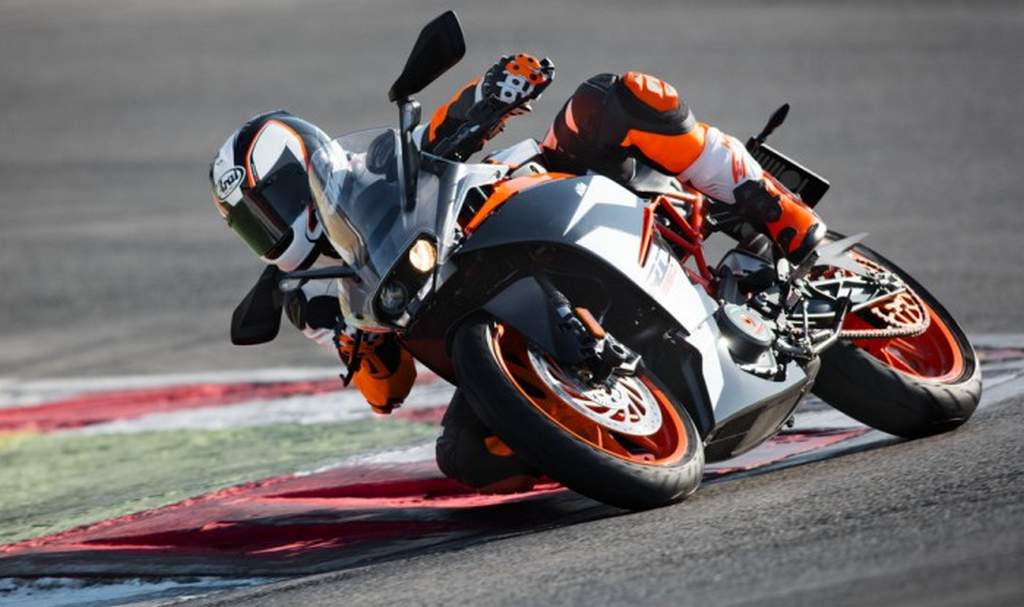 The 2017 KTM RC390 was first displayed at the Intermot Show in Cologne alongside the 125 cc model. Disappointingly, the 2017 MY 390 fully-faired sportsbike had not been applied with exterior modifications. Instead, the show-piece on display was adorned with new bright graphics which looked really attractive.

This hinted at a growing speculation that the highly popular RC390 might get a major revamp for 2018 model year. The displayed model was understandably Euro4 compliant as with most other motorcycles graced the decks at Cologne. It featured a bigger side slung exhaust system as the engine and other components would be tuned to emit less emission. 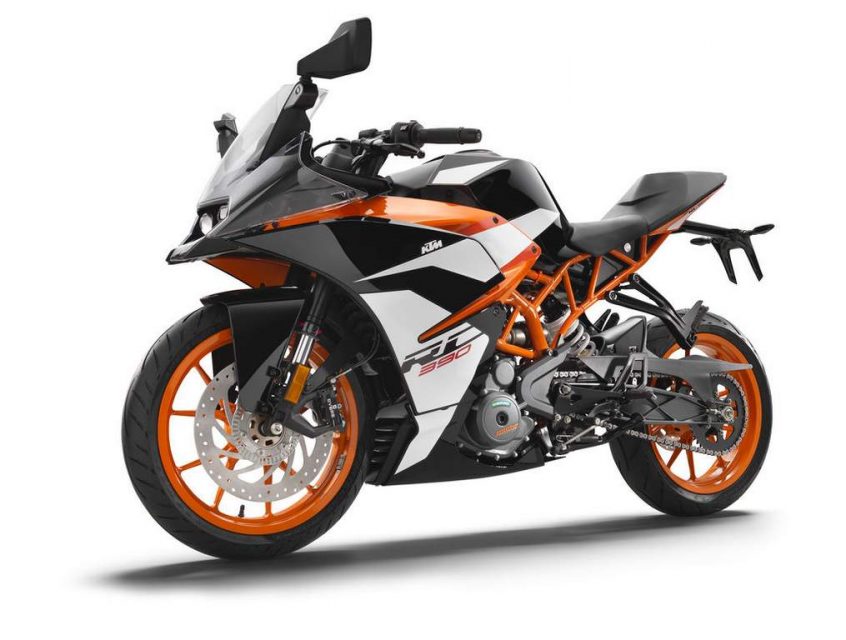 It was earlier reported that the all-new KTM RC390 should be revealed around October-November 2017 for our domestic space but snubbing all the rumours the Austrian brand has launched the 2017 KTM RC390 at a competitive Rs. 2.25 Lakh and 2017 KTM RC200 at Rs. 1.71 Lakh (ex-showroom, Delhi). The India-spec RC390 has a brimmed pack of equipment to further improve ride handling and safety.

The RC series in India is already an ultra competitively priced supersport range and with the addition of ever-wanted ride-by-wire technology, slipper clutch setup, enlarged 320 mm front disc brake and switchable ABS system the resultant increase in price would be thoroughly justified. For increased protection and to make do with upcoming emissions regs in advance, the new exhaust system has stainless steel underfloor pre-silencer and rear aluminium absorption silencer on the right side in uppish angle. 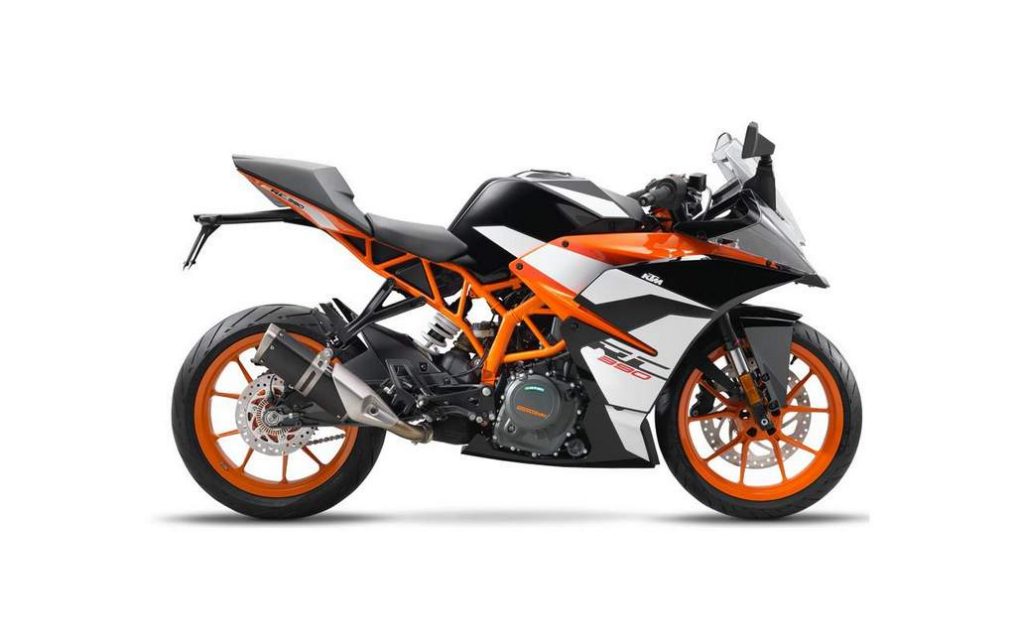 All these changes make the 2017 RC390 Euro-4 compliant with added weight penalty of 4.5 kilos. On the mechanical front, the same single-cylinder, liquid-cooled, electronic fuel injected, 373 cc engine that currently churns out 43 bhp maximum power at 9,000 rpm and 35 Nm of peak torque at 7,000 rpm has been updated to now develop an extra 1 Nm torque. Transmission duty is done by a six-speed gearbox.

In addition to the new livery with revised graphics and white tank, the 2017 KTM RC200 will have the front disc brake’s size increased by 20 mm for greater stopping ability. It is continued to be powered by the 199 cc single-cylinder liquid-cooled engine that develops 25 PS at 10,000 rpm and 19.2 Nm of torque at 8,000 rpm and retains the under-belly setup. The Bajaj-owned Austrian manufacturer will have busy schedule this year as the adventure, street and sports categories are receiving a major overhaul for international markets.