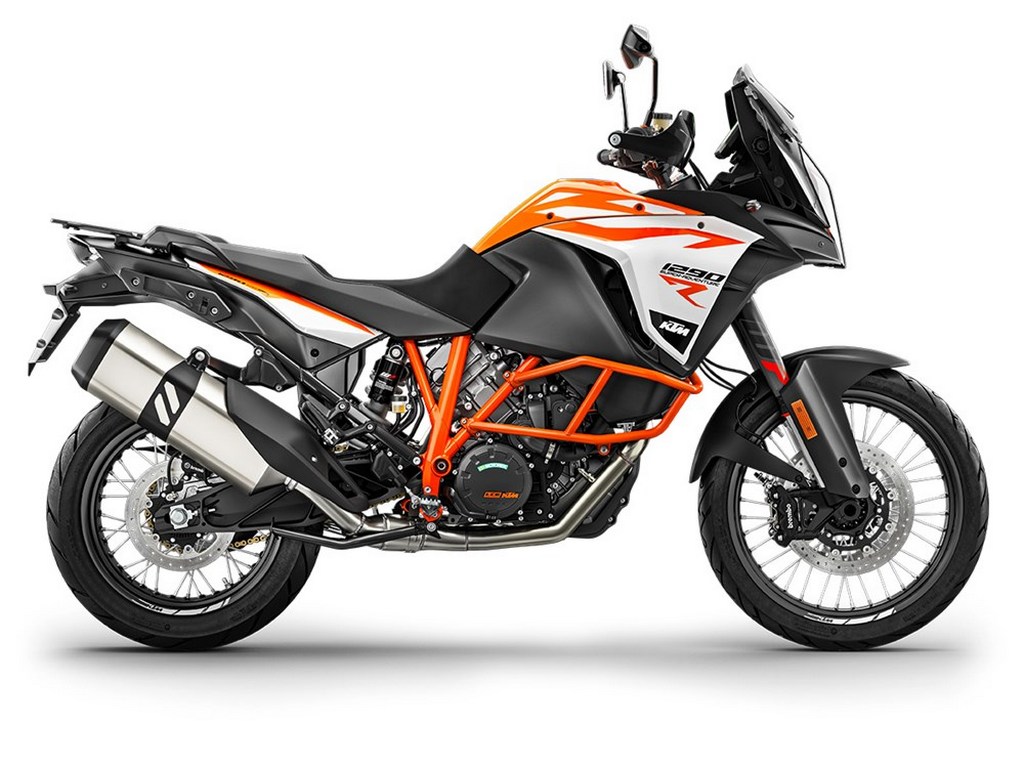 KTM 1290 Super Adventure series has been revealed in Cologne with the less imposing S, mid-level T and the hardcore R dual purpose off-roader

At the 2016 Intermot Show in Cologne, the Austrian manufacturer has introduced the all-new 1290 Super Adventure series. The idea is simple: grab the engine from Super Duke R, give it a few tweaks and strap it to a hardcore enduro chassis. Still thinking that the 1190 Adventure R was mad enough? You might want to re-assess. As mandatory with any R destined model, there is the presence of orange frame and crash bars with highly adaptable wheels and suspension that can do huge travel for betterment of the rider in uneasy surface conditions. The 1301cc V-twin utilised in the 2016 Super Adventure has been homologated to Euro4 regulations as the intake gained newly developed expansion chambers. The engine and chassis are kept together via Bosch MSC package with integrated, lean-angle sensitive C-ABS, Motorcycle Traction Control and five riding modes such as Sport, Street, Rain and Off-road.

In off-road mode, the ABS will allow the rider to lock the rear wheel, while retaining ABS on the front wheel. There’s also keyless ignition, cruise control, Hill Hold Control, Motor Slip Regulation, new 6.5in TFT colour dash, dual ABS and a bidirectional quickshifter are some of other features. The new 1290 Super Adventure T is essentially the existing Super Adventure that complies with Euro4 regs and gains the T character to distinguish it from the more off-roading focused R and entry-level S. Moreover, the 1290 Super Adventure S is direct replacement for the 1190 Adventure and comes equipped with everything the R offers while being less of a dual-purpose motorcycle.