Base on the KTM Duke 690, the Husqvarna Vitpilen 701 modern day naked roadster has simplistic yet appealing styling

Bajaj Auto had made an exciting announcement a few months back regarding the Husqvarna brand of motorcycles. The Pune-based automaker revealed that it will be manufacturing the Husqvarna bikes at its state-of-the-art production facility in Chakan.

One of the top-notch products from the company, the Husqvarna Vitpilen 701, was spotted in a production ready state several times on foreign soil ahead of its launch. Along with the Svartpilen 701 concept, the production version of the Vitpilen has make its global debut at the 2017 EICMA motorcycle show in Milan, Italy – two years after the promising concept made its way into the same show. 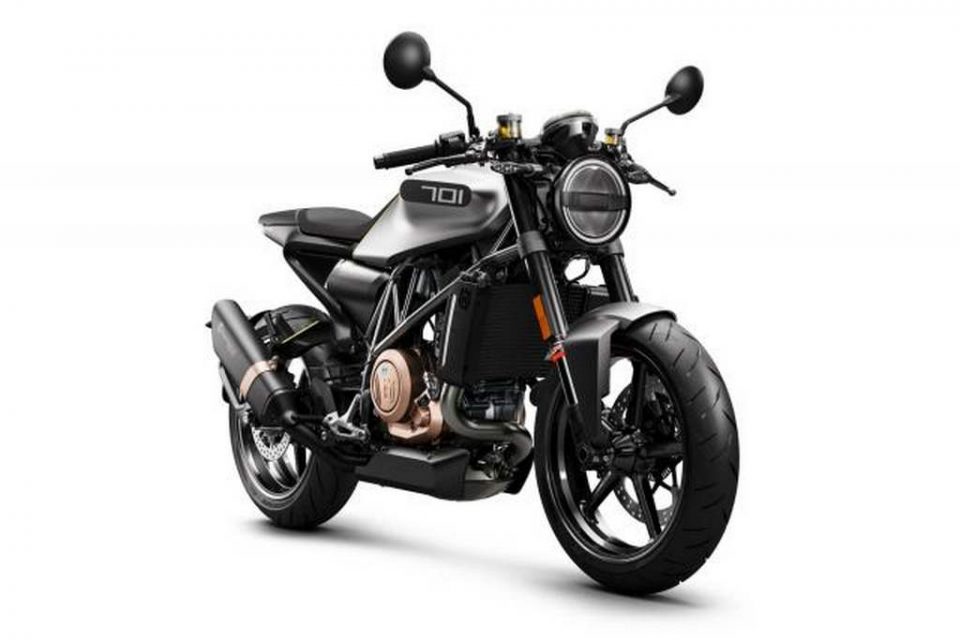 Talking of design, the Husqvarna Vitpilen 701 offers a split type rounded headlamp up front that holds within white LEDs for better illumination. A short fender, inverted forks and five spoke alloy wheels complete the front profile of the stripped down naked motorcycle.

Just like the KTMs, the Husqvarna Vitpilen 701 too, sits on a steel trellis frame which exposes itself as an important part of the overall body. The rear end of this motorcycle comes with a bare minimum of bodywork. 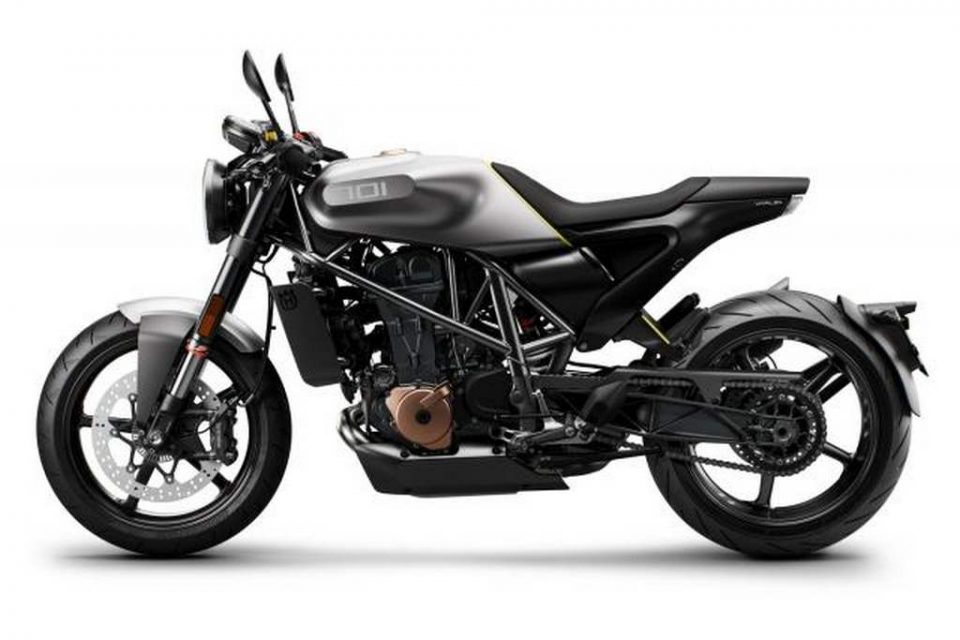 The LED tail lamp unit looks independent while the number plate will be bolted on the rear tyre hugger. Clear lens turning winkers and matte finished black exhaust are other visual highlights of the Vitpilen 701.

Coming to the powertrain, the upcoming Husqvarna Vitpilen 701 is powered by the same engine that runs the KTM 690 Duke. The 692.7 cc, single cylinder motor comes assisted with a six-speed gearbox and is good for churning out respective power and torque figures of 73 bhp and 74 Nm. The same mill is used in Husqvarna’s 701 Supermoto and 701 Enduro and was originally from KTM’s 690 Supermoto and 690 Enduro. 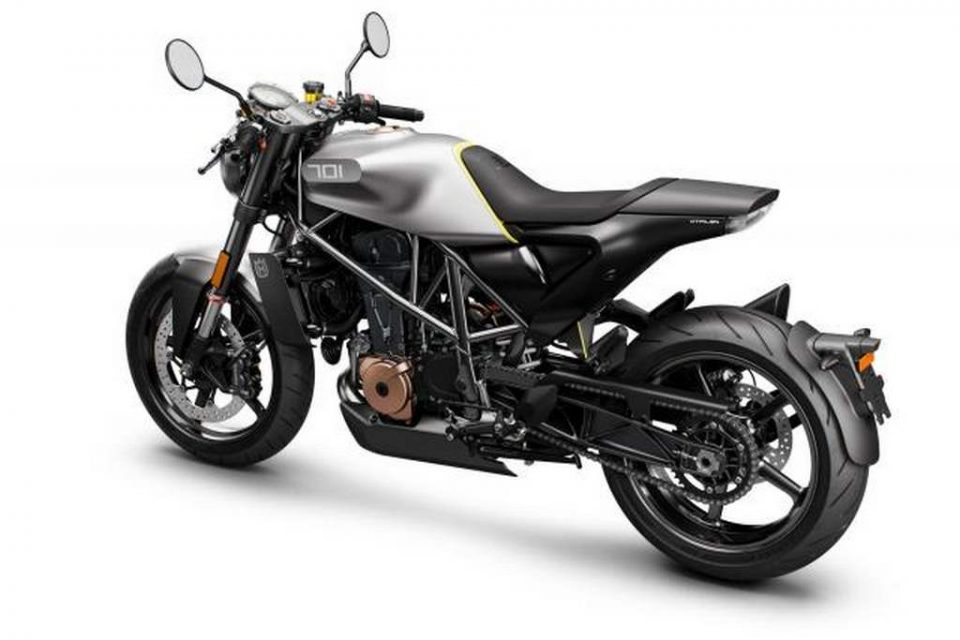 This engine will likely come with two counter balancers to minimise vibrations. The modern day naked also sports clip on handlebars to offer a sporty feel and enhance the maneuverability. Other prime features of the Husqvarna Vitpilen 701 include a standard ABS (Anti-Lock Braking System), slipper clutch and ride-by-wire technology.

Husqvarna affirmed that the Vitpilen 701 would be made available to buy in the first quarter of next year along with Vitpilen 401 and Svartpilen 401. They are basically same styled smaller motorcycles using the 373.2 cc single-cylinder engine from the KTM 390 Duke. 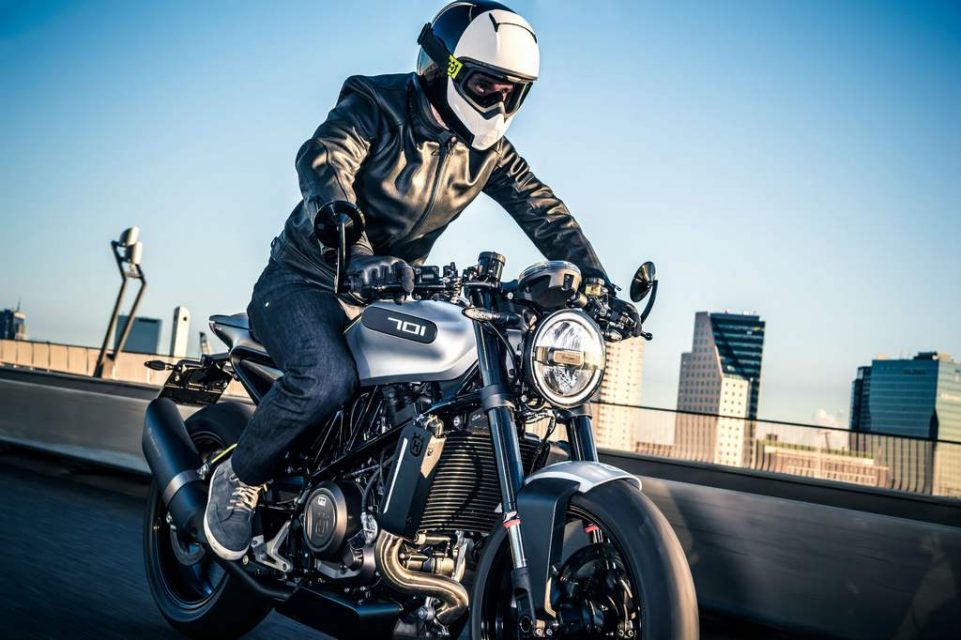 The Vitpilen 701 features a ride-by-wire throttle, switchable ABS with a four-piston radial mounted Brembo caliper, 320 mm front disc, single-pot on a 240 mm rear disc. It also gets a slipper clutch, WP suspension comprising of an upside-down 43 mm front fork and monoshock while having weight 157 kilograms without fuel.

Husqvarna said the Vitpilen range marks a “return to the simple spirit that originally made street motorcycling attractive”. The claimed dark street explorer is inspired by the resurgence of the iconic flat track scene and is packaged as a progressive single-cylinder motorcycle designed to deliver “authentic, pure and honest riding experience.” 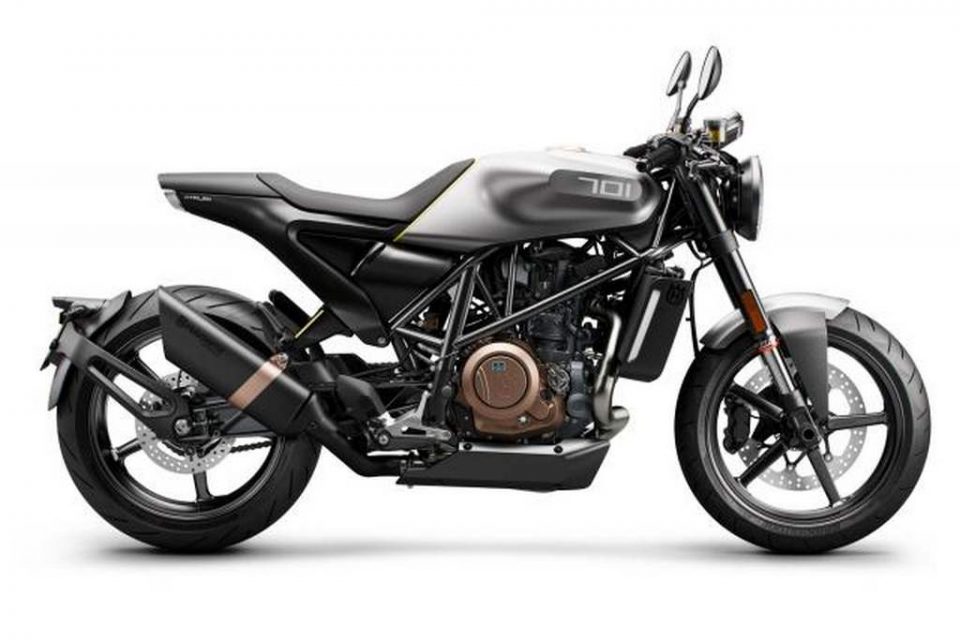