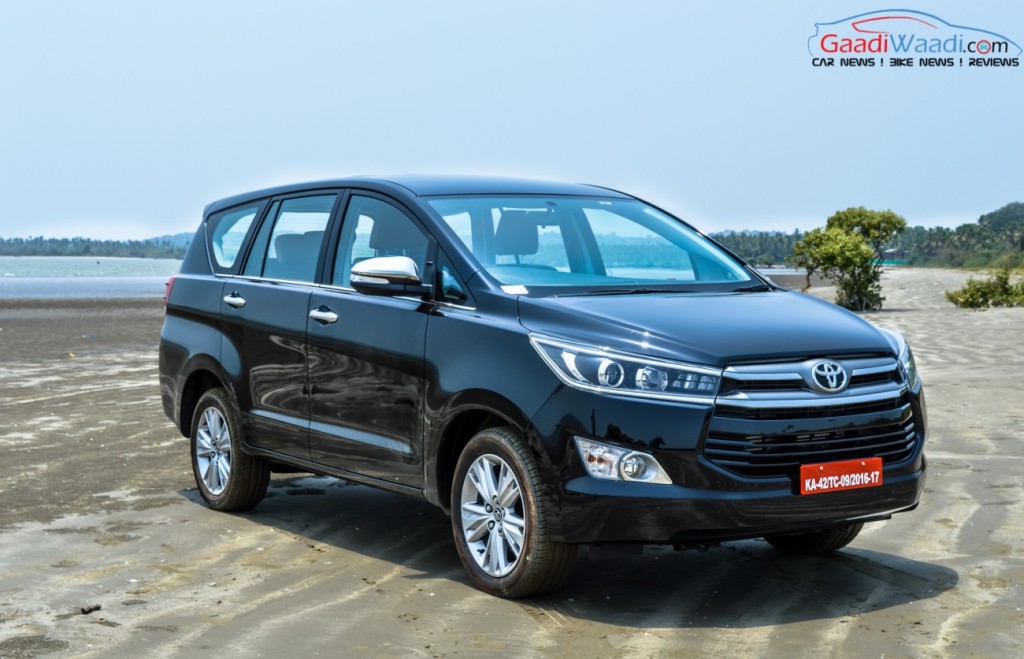 Toyota Innova Crysta automatic variants are the most desired of the lot; 90 percent of buyers belong to private owners category

Toyota Innova Crysta has apparently been warmly welcomed by the MPV community as it personifies the success of the first generation people carrier. The Japanese manufacturer decided to render the new-gen model two powertrain options: a 2.4 litre diesel and 2.8 litre diesel engines initially. With the recent government’s arms-raise towards curing pollution and the anti-diesel vibes, Toyota did not want the sales of Innova Crysta to be significantly affected and thus added a petrol motor a few weeks ago. With the growing trend towards automatic variants from entry-level models to the premium end of the scale, Toyota has reaped benefits with the AT that is not only being offered in the 2.8 diesel but also in the recently launched 2.7-litre four-cylinder dual VVT-i petrol motor developing 166 PS of maximum power and 245 Nm of peak torque. Report surfaced on the internet says the automatic variants alone accounted for 50 per cent of the sales.

N Raja, vice president at Toyota Kirloskar Motors, expressed that while the trend is expected to continue, the customers of Innova Crysta are primarily private owners for about 90 percent while the rest fill up the remaining 10 percent. The 2.4-litre diesel engine’s mileage is claimed at 15.1 kmpl while the range-topping 2.8L has been rated with 14.29 kmpl.

Also Read: 2016 Toyota Innova Crysta – All You Need to Know Toyota is currently revelling on the monopoly in its segment but the premium MPV space appears to get ever tight with the soon-to-be-launched Tata Hexa. Developed with the new design philosophy and in conjunction with Land Rover, it is the flagship product the home grown manufacturer relies heavily on to grab back the lost glory.