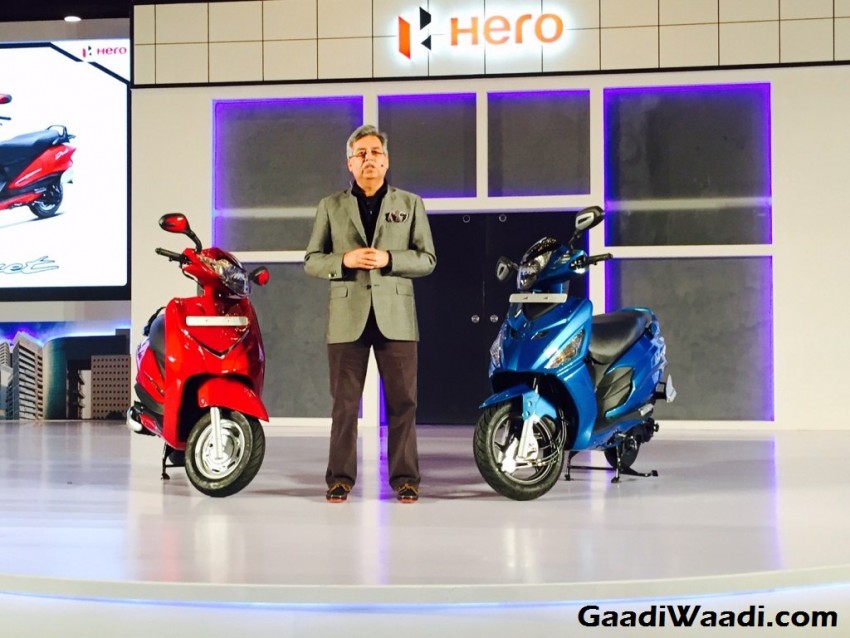 In another exclusive report, we can confirm that the largest two-wheeler manufacturer in the world, Hero MotoCorp, will be revealing a minimum of three new products at the dealer meet in Argentina. As asserted by our reliable company sources, these products will also be crucial for reassuring the Delhi-based brand’s dominance in the domestic as well as having a strong foot-hold international markets.

The three significant launches at the dealer gathering will be an all-new 125 cc sporty sporty scooter, a similar displacing commuter and a long awaited premium motorcycle. We have seen earlier reports that TVS is preparing an 125 cc scooter and it was expected to get a branding under the successful Jupiter moniker. As the 125 cc scooter segment is forecasted to grow by triple fold, Hero motocorp will soon unveil a product to rival the leading contender, Suzuki Access as well.

While further details of the scooter are likely to arrive in the coming days, a brand new 125cc commuter waiting to come off the wraps in Argentina could be the Super Splendor iSmart we spied last year. Hero launched the Passion, Achiever 150 and Splendor 110 with iSmart idle start/stop technology in 2016 and as we ran a story earlier, the entry-level HF Deluxe has received the same fuel-saving tech and it will go on sale from the first week of January 2017. Hero has long teased us with a premium motorcycle and by mid-January the production version of either the Xtreme 200S or fully-faired HX250R will be unleashed. Hero debuted the HX250R at the Auto Expo 2014 and it gained technical inputs from US-based Eric Buell Racing. At the end of Dakar Rally in January 2017 in Argentina, the quarter-litre flagship model is expected to break covers in its production guise. The HX250 will be powered by a 249 cc, single-cylinder, 4-valve liquid cooled, fuel injection engine capable of producing 31 bhp of power and 26 Nm of torque mated to a six-speed transmission. Hero claims 0-60 kmph speed can be achieved in 2.7 seconds.
Also Read: Exclusive: Hero HF Deluxe Gets iSmart; Deliveries to Begin from Jan