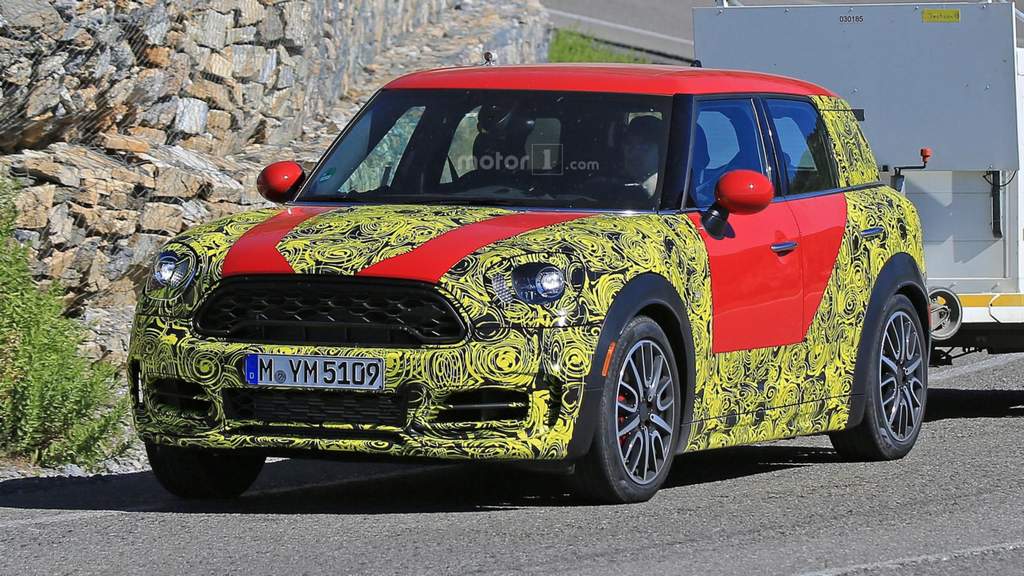 The almost-production-ready version of the new gen Mini Countryman has been caught in the wild wearing nearly no camouflage at all. The second generation Countryman has been in the works for more than an year now and it seems to be on its final testing phase while towing a trailer which is uncommon for a Mini.

The new Mini Countryman won’t be a mini literally as it’s the biggest model from the British brand yet. However, despite its increase in size, the same design language found in the recently launched Minis will be carried forward. The extra size meant the headlamps and tail lamps have grown bigger compared to other cars in the lineage which would not be a surprise understandably. With the same design cues, the F60 Countryman will be built on the same UKL specialised front-wheel-drive platform as the current version. The customers will have the option to choose between three and four-cylinder turbocharged petrol and diesel motors. It will obviously get a John Cooper Works version as the range-topper and it will be powered by a 2.0-litre engine good enough to pump out 228 horsepower and 320 Nm of peak torque.

The BMW-owned Mini has been rumoured to be readying a plug-in hybrid variant as well. The comparatively high-displacing four-cylinder powertrain could be coupled with an optional ALL4 four-wheel drive system. The chances of another variant with SUV characteristics cannot be ruled out of the equation which might take design inspiration from the successful Mini ALL4 Racing developed for Dakar Rally. As it has increased dimensions, the 2018 Mini Countryman will have more space in the driver’s cockpit, co-driver area and the rear seat occupant’s head and legroom. The probability of a bigger bootspace compared to its predecessor is also high. The spotted images did not reveal anything of the interiors but it is expected to have the similarly styled dashboard with latest infotainment system from the current range of Mini models.

The forthcoming Paris Motor Show could play host to its global premiere on October 1 but Mini could unveil the model in September itself through online streaming. The European markets could see the entry of the enlarged Countryman at the end of 2016 or in the start of next year.