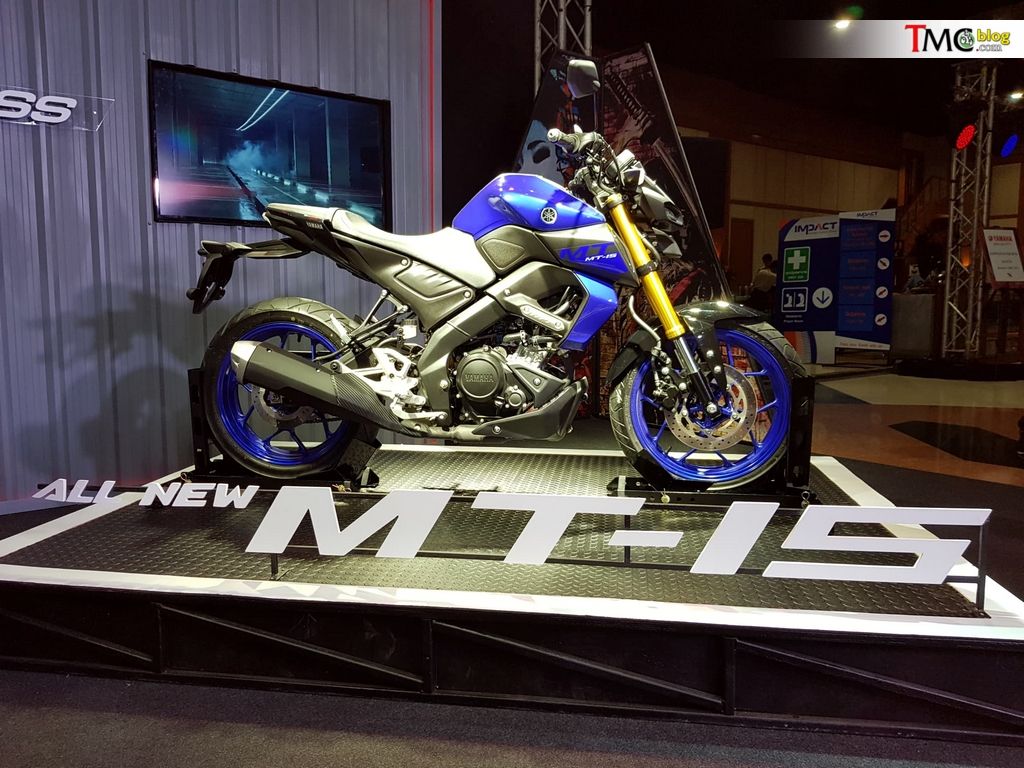 We have reported that some Yamaha dealers have already started accepting bookings for the soon to be launched MT-15 streetfighter. The interested people can pay a token amount of Rs 5,000 to book the motorcycle. Now we found a new teaser video posted on YouTube recently which was shot at a dealer event which further confirms that fact that Yamaha will indeed be launching the MT-15 naked streetfighter in India soon.

The teaser video does showcase the Indian spec motorcycle because it featured a conventional telescopic front fork instead of an upside down unit found in the International spec motorcycle. While the spy shots of the prototype caught testing on Indian road also featured the same suspension setup as well.

You can also expect the upcoming motorcycle to also get a box-type swingarm instead of the aluminum ones found on the R15. Lastly, it will also get tires from MRF instead of the sticky IRC tires (found in the International spec motorcycle) to keep the overall prices competitive. However, the overall styling of the motorcycle remains identical to the International spec motorcycle and it still retains its unique LED headlamp setup which is also the signature styling of the motorcycle.

Towards the end of the video, you can also notice that the upcoming motorcycle is also based on Yamaha’s  ‘The dark side of Japan’ theme which can also be seen on the bigger and more powerful MT-09 confirming the fact that both these motorcycles belong to the same genre.

The upcoming motorcycle will also be powered by the same 155cc, single-cylinder, liquid-cooled unit which produce about 18.7 bhp of peak power and 15 Nm of peak torque. The motorcycle also features Yamaha’s VVA (Variable Valve Actuation) technology and is paired with a 6-speed gearbox. The motorcycle will also feature dual-channel ABS system, all LED lighting setup, and all digital instrument cluster which is also found in the YZF-R15 V3.0 as well.

As far as the pricing is concerned expect the Indian spec MT-15 to be priced around Rs 1.20 lakh (ex-showroom). The motorcycle will be positioned above the recently introduced FZ and will rival directly against the likes of the KTM Duke 125, Bajaj Pulsar NS200 when launched.