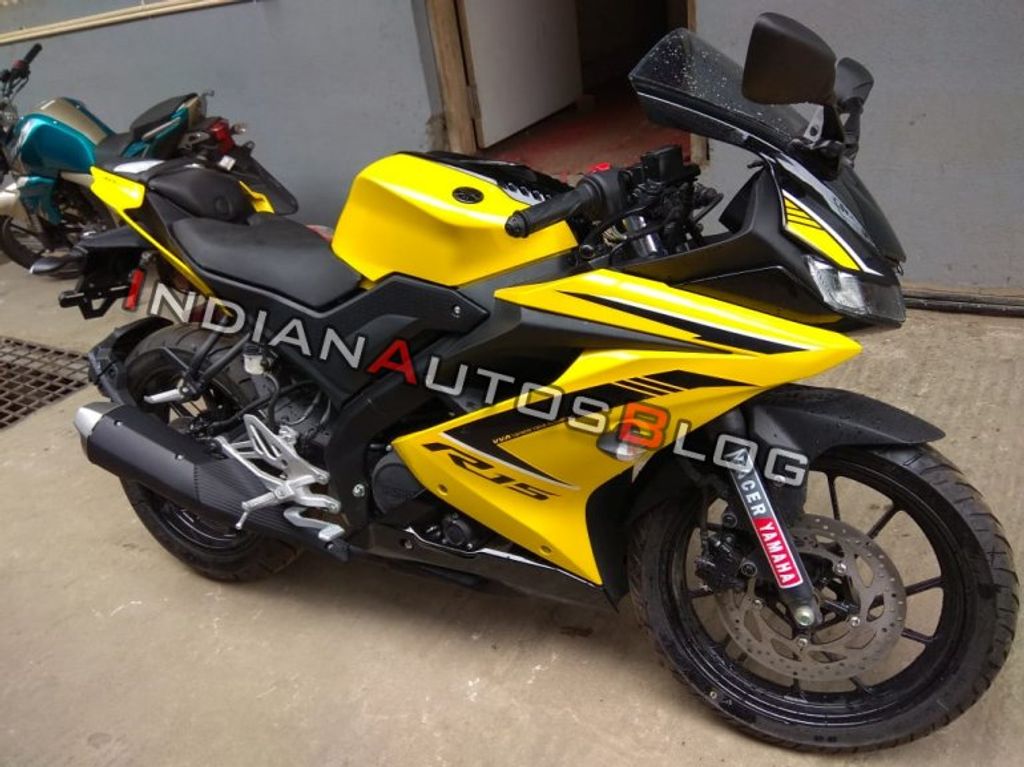 The custom black and yellow colour scheme is offered by the dealer as the company has clarified that they didn’t introduce any new colour on R15 Version 3.0

The Bangalore dealership of Yamaha is offering the R15 Version 3.0 in a custom black and yellow colour theme with new graphics on the fairing. Apart from the colour option, they haven’t changed anything compared to the stock R15 and it might be priced slightly higher than the regular version.

The company has officially confirmed that they didn’t introduce this new colour and it could be a dealer-level modification. This particular dealership has also offered the R15 with various graphics kits in the past and this might be popular among customers, which is why the dealership decided to do it again.

In August, Yamaha introduced the much awaited Moto GP Edition of R15 and it has helped the company to improve sales. The MotoGP Edition is finished in signature racing blue colour as it comes with Movistar logo in the front and fairing along with ENEOS logo. The only thing missing on Moto GP edition was the racing number of Rossi.

The R15 Version 3.0 is powered by 155 cc liquid cooled single cylinder 4-stroke engine with 19 bhp of power at 10,000 rpm and 15 Nm of torque at 8,500 rpm. This engine is mated to a 6-speed gearbox and finally, the company introduced slipper and assist clutch, which is a segment first feature. 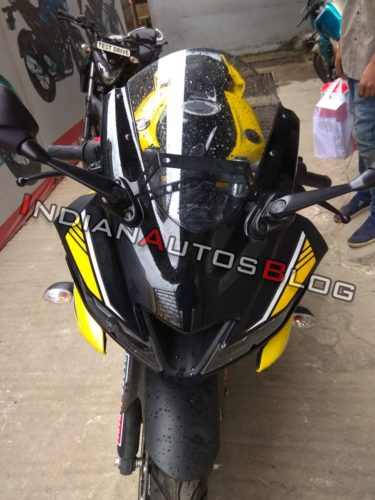 The engine also comes with Variable Valve Actuation (VVA) as it improves efficiency and performance. Yamaha has given telescopic front forks for the India-spec model as they offer upside down forks in other Asian markets and the rear get mono-shocks. The suspension is tuned for handling rather than comfort.

The braking duties are handled by 282 mm disc brake at front and 220 mm disc at the rear, we are expecting Yamaha to introduce the ABS version early next year and to keep cost down they might introduce single-channel ABS unit. The design of R15 took inspiration from new R1 and it is priced at Rs. 1.27 lakh (Ex-Showroom).