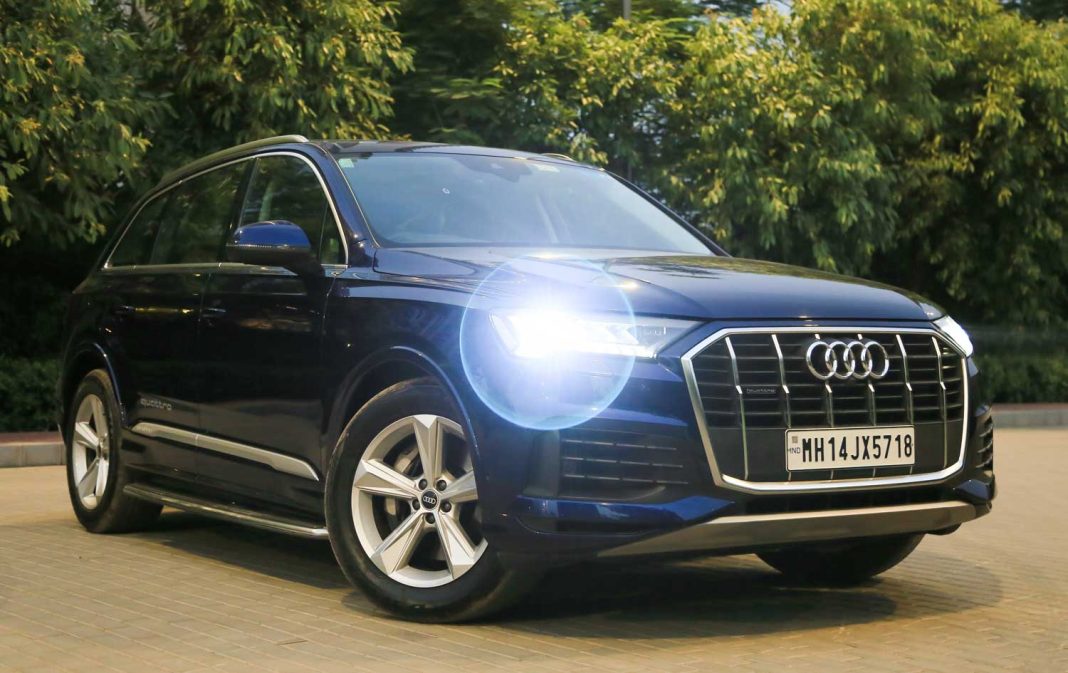 Audi India introduced the facelifted Q7 earlier this year in India and it takes on the likes of Mercedes-Benz GLE, BMW X5 and Volvo XC90. The Q7 is one of the highly popular models within the brand’s domestic portfolio and over the years, it has held its own in garnering high sales volume for the Ingolstadt-based manufacturer.

The Audi Q7 is a vastly prioritised luxury SUV for the privileged and the latest iteration improves on a number of innate qualities that further push the discerning buyers wanting to own one. The large-sized 2022 Q7 has top-notch build quality, modern equipment onboard and it does not compromise on practicality and safety either.

The Q7 is currently priced between Rs. 82.48 lakh and Rs. 89.89 lakh (ex-showroom) and is brought into the country via CKD route and assembled locally. It is sold in Premium Plus and Technology trims. We got to play around with the updated Q7 and came out mightily impressed. Here are the five reasons why it is a juggernaut the way it is: 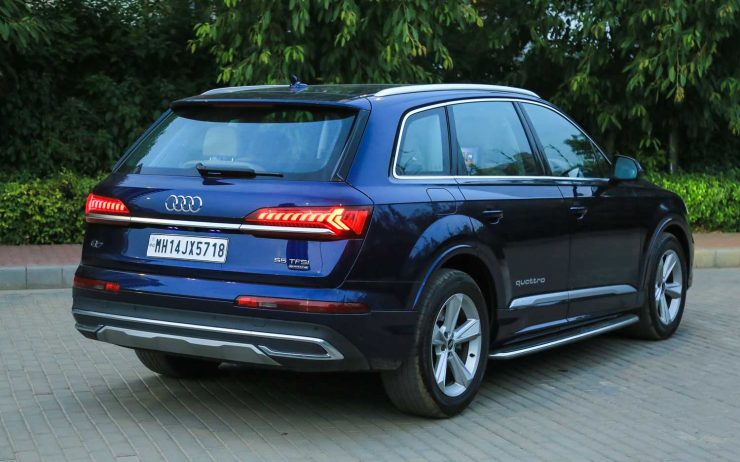 Having returned after two years of hiatus, the exterior updates do make for an appealing proposition with a compelling road presence. The 2022 Audi Q7 features a bigger octagonal single-frame front grille flanked by reworked Matrix LED headlights with new LED DRLs, updated front and rear bumpers, revised tail lamps, a chrome strip connecting the width of the vehicle at the back, sharper bodily creases, wider air inlets, etc. It is longer than the old model and can be had in five paint schemes.

The comprehensively updated interior ditches the floating touchscreen in favour of a new twin dual-screen layout with an MMI interface offering several connected features as in the Q8. The cabin can be had in either Saiga Beige or Okapi Brown colour scheme. 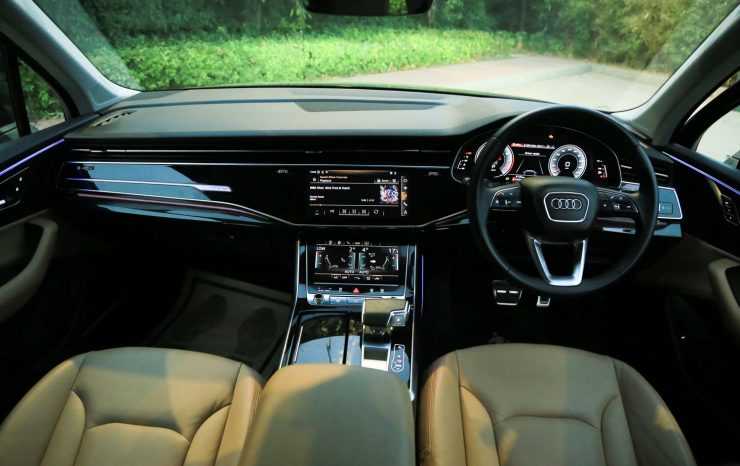 A 10.1-inch touchscreen sits atop with an 8.6-inch touchscreen for climatic controls just below on the centre console. The second-generation virtual cockpit digital cluster, glossy black dash trim and upmarket chrome and brushed aluminium inserts add to the sumptuousness of the beautifully crafted interior.

Despite being a petrol-only model, the 2022 Audi Q7 ticks all the right boxes in terms of performance and flexibility as it copes with what the driver wants out of it. It is equipped with a new 340hp, 500Nm, 3.0-litre turbocharged V6 petrol engine producing 340 hp and 500 Nm and is paired with an eight-speed automatic transmission transferring power to all four wheels through the Quattro AWD system. 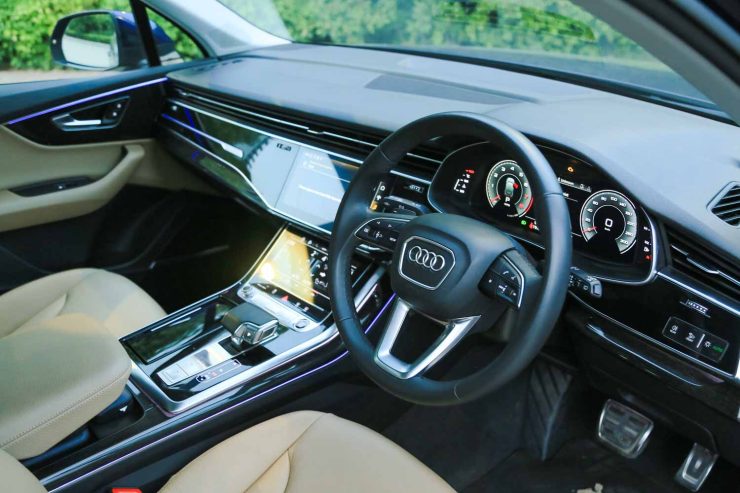 The presence of a 48V mild-hybrid system enables the engine to be turned off for up to 40 seconds while coasting as well and thus increasing the fuel economy. It is claimed to do zero to 100 kmph in 5.9 seconds before topping out 250 kmph and we would not see a reason why it cannot achieve that. Having seven different drive modes add to the adaptable character of the new powertrain on and off the tarmac.

The petrol engine aids in providing a relaxed ride quality and for highway cruising, the Q7 is one of the best choices out there and if you really want to push the limits, the three-row SUV won’t disappoint either. The NVH levels are well contained and the gearbox is as smooth as one would expect. In addition, having run-flat tyres eliminates the need for a spare. 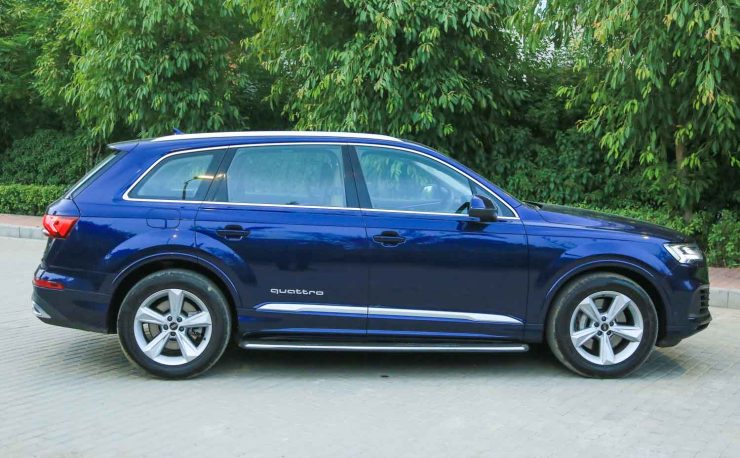 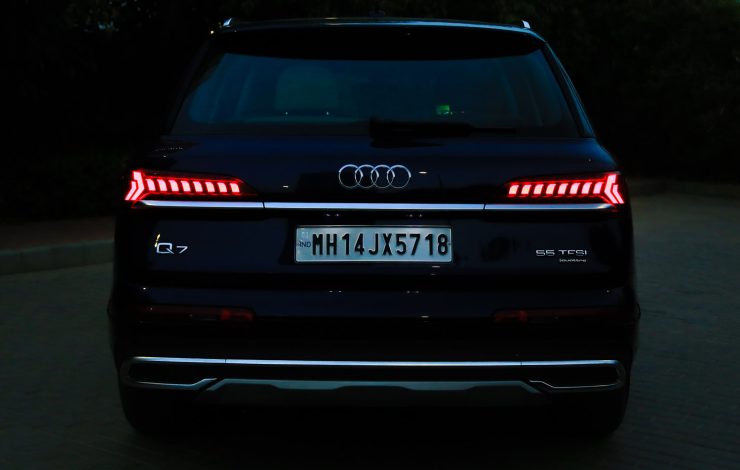