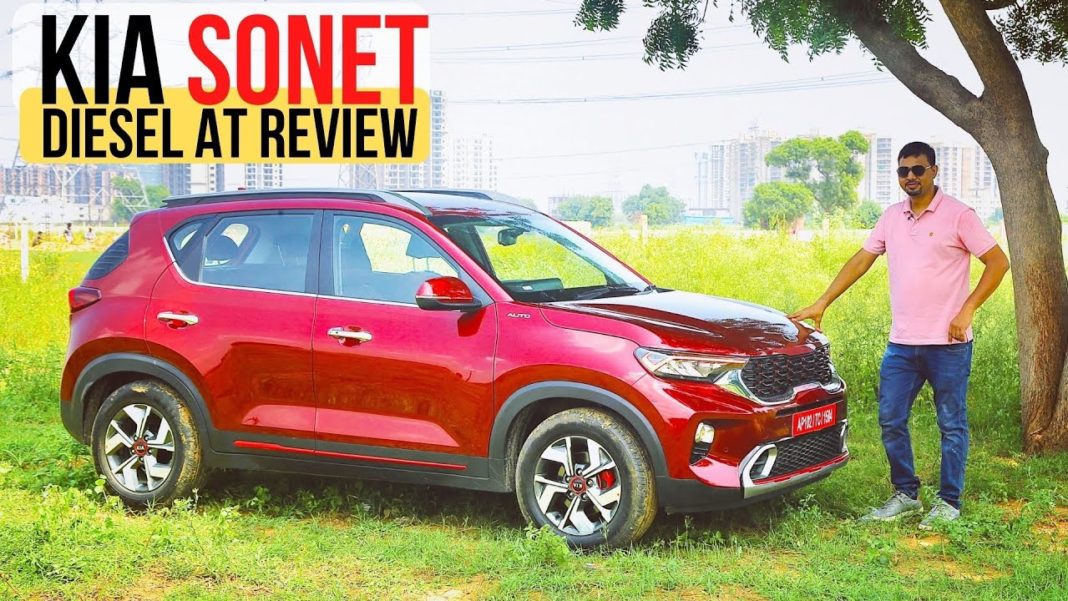 Kia Sonet will go on sale on September 18 and is expected to be priced between Rs. 7 lakh and Rs. 12.5 lakh (ex-showroom)

Kia Motors India has been making waves since the debut of the Sonet a few weeks ago. The third product from the South Korean auto major helps in consolidating the brand’s SUV portfolio locally and it is certain to create a big impact in the highly competitive compact SUV space. The Sonet will rival Maruti Suzuki Vitara Brezza, Hyundai Venue, Tata Nexon, Mahindra XUV300 and Ford EcoSport.

The five-seater comes with many highlighting features including the segment-first six-speed torque converter automatic transmission in the diesel version. We got our hands on the much talked about variant and for a complete review on it, watch the link given below. Just as the Seltos, the Sonet is brimmed with features and it will be offered in Tech Line and GT Line trims.

The Sonet comes powered by three engine options: a 1.2-litre naturally aspirated petrol, a 1.5-litre four-cylinder diesel and a 1.0-litre turbocharged petrol. The smaller gasoline unit develops a maximum power output of 120 PS and 172 Nm of peak torque and is paired with either a six-speed iMT debuted in the Hyundai Venue or a seven-speed DCT as an option.

The solo oil-burner kicks out 100 PS and 240 Nm as in the Venue when connected to a six-speed manual transmission but on the six-speed AT version, it generates 115 PS and 250 Nm (identical to the Seltos). The petrol motor is hooked with a five-speed manual transmission. The Sonet is a more compact version of the Seltos with a captivating exterior as it derives design cues from the global range of Kia SUVs.

The Kia Sonet will be available in seven colour options and three dual-tone shades. It will go on sale on September 18 and is expected to be priced between Rs. 7 lakh and Rs. 12.5 lakh (ex-showroom). The top-spec GT Line trim has visual highlights such as contrast red accents to differentiate itself from the Tech Line grade.

Some of the key features in the Kia Sonet are a 10.25-inch horizontally-oriented touchscreen infotainment system with Apple CarPlay, Android Auto as well as Kia’s UVO Connect with a slew of connectivity based features, automatic climate control, and packed safety technologies.