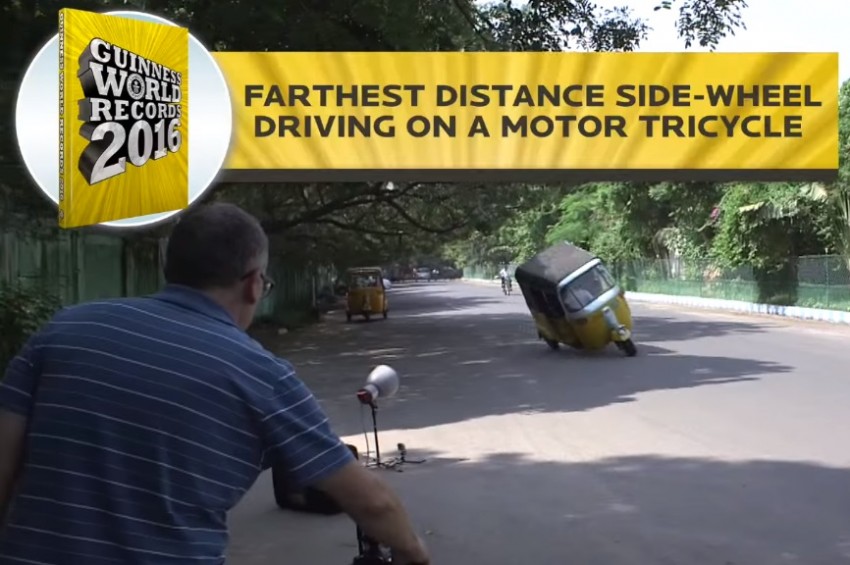 Chennai is the vastly-populated city in Tamil Nadu and auto-rickshaws are the cheapest means of people carriers whether it’s a shared system or for individual commutation. Just like any other auto-rickshaw driver, Jagathish M spends his life safely commuting people to their required destinations on time during daylight.

But his liking towards bike stunts and enthusiasm for driving whilst growing up in Chennai gave him a peculiar idea to try out extreme stunts in his traditional yellow-painted and black-canvas covered three-wheeler at night time.

He became specialised in side-wheel driving and decided to make history by etching his name in the Guinness book of World Records.

In 2011, Jagathish appeared on the Guinness World Records Ab India Todega television show. He attempted to side-wheelie his motor-powered tricycle or auto-rickshaw as we barely called it as to a certain distance. He had to adhere to a couple of rules: Firstly, he should drive his auto-rickshaw on just two wheels. Secondly he should cover a distance of at least one kilometer by remaining on just two wheels, as recommended by the Guinness World Record adjudicator. 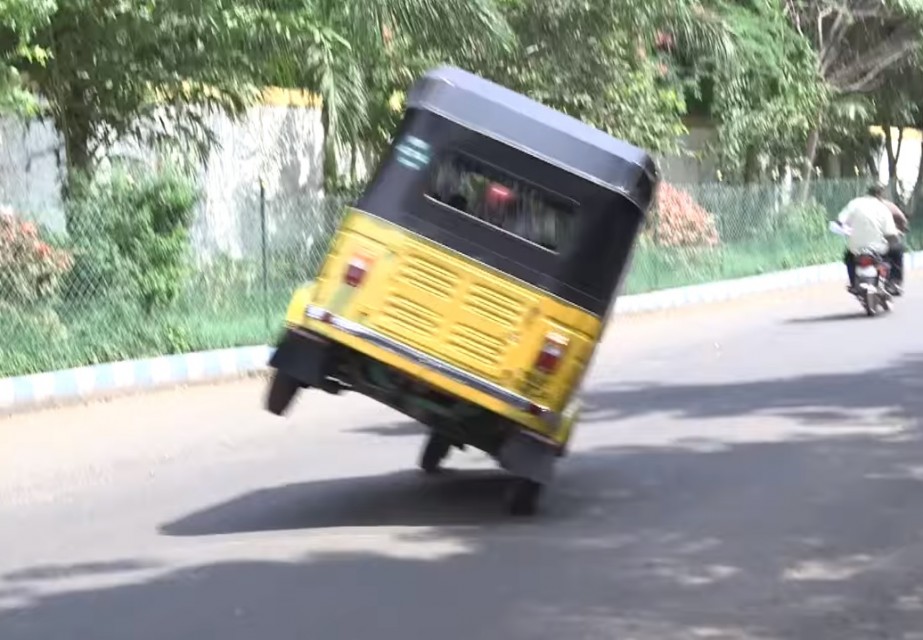 At the Juhu Aerodrome in Mumbai, his record attempt for the “Furthest Distance Side-Wheel Driving on a Motor Tricycle” took place where the 27-year-old remarkably doubled the distance and was on the move side-wheeling without touching the ground for 2.2 km (1.4 mile). The jaw-dropping factor in his record attempt was that he had to control the steering bar when moving at a speed of 80 kph proficiently to give the left-rear wheel some air and persist in an angle to balance out the weight of the vehicle.

The elated Chennaiyan said in a recent photoshoot for GWS that: “After a long day of work, I’ll practice these stunts all through the night”

He added: “I never thought this record was achievable, but I’ve always desired for this moment. I’m so lucky to have achieved this, I am satisfied with myself.”

Here’s the behind-the-scene footage recorded during his photo shoot as he features on the 2016 Guinness World Record book: