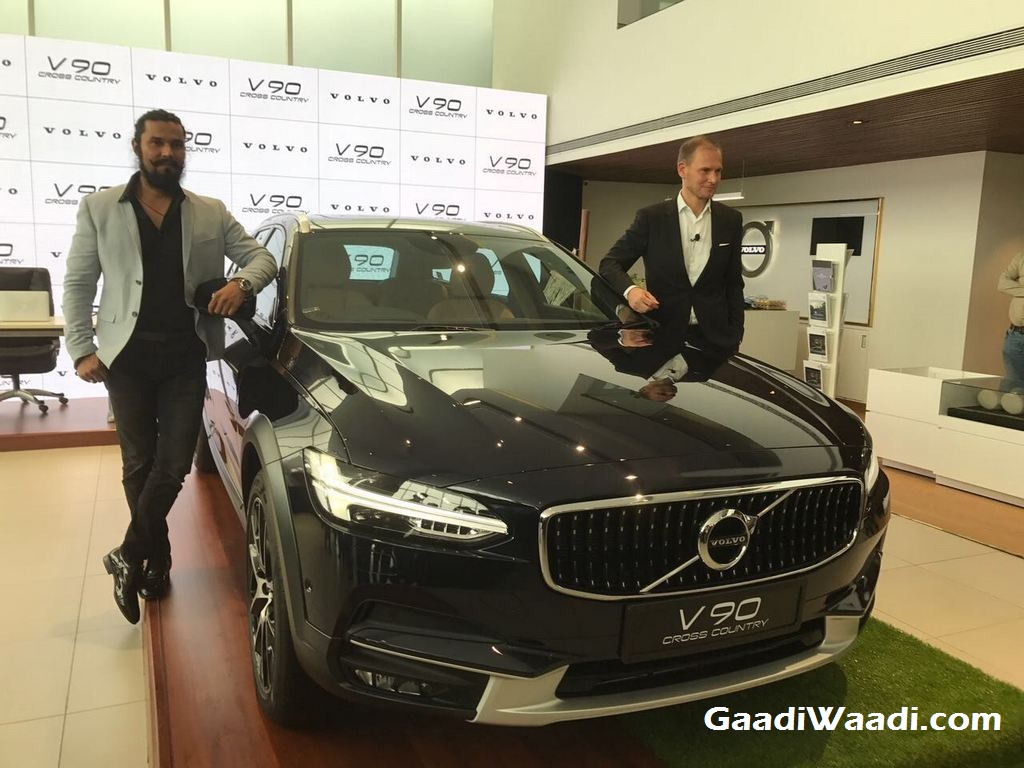 Volvo recently announced its local assembly plans at its modified truck factory near Bengaluru and it reiterated the Swedish brand’s big focus on the Indian market. It is aiming to build on its good reception for the 90 series vehicles as the XC90 and S90 have been a hit among customers.

Last year, Volvo introduced the S60 Cross Country sedan in a hope to carry on the momentum created by the V40 CC. It did not disappoint in terms of sales so far and thus a new Cross Country has arrived now to follow up the lead. Based on the flagship V90, it is a station wagon which will be targetting both the sedan as well as SUV aspiring customers. 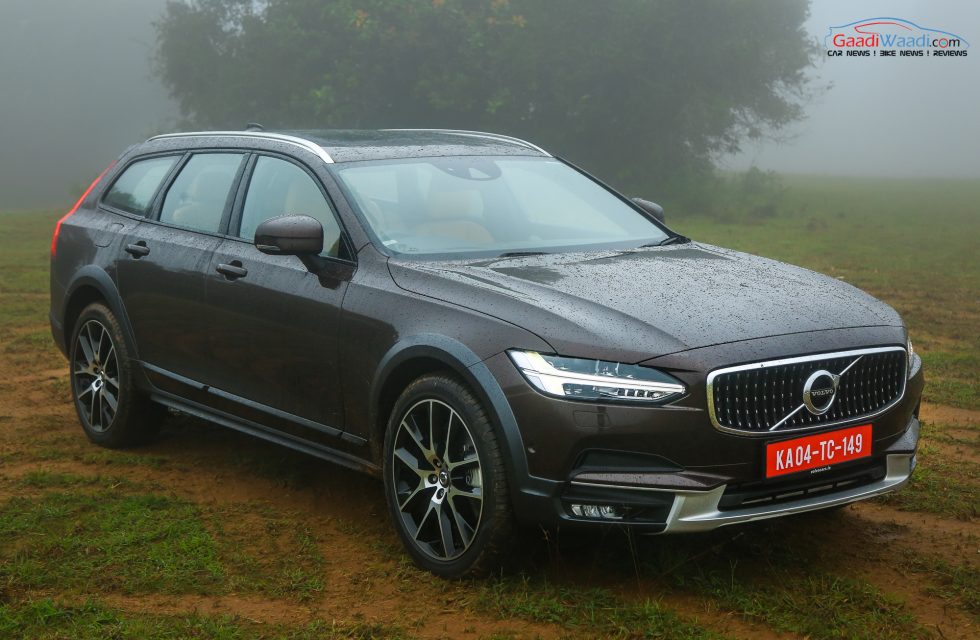 This luxury crossover wagon seems to be another value for money proposition from the Scandinavian brand and it will strengthen Volvo’s presence here against the German rivals. We tested the vehicle a few days and are definitely impressed. Here is everything you need to know about the upcoming Volvo V90 Cross Country:

The Swedish luxury car manufacturer Volvo has launched the V90 Cross Country in India today following good reception for its flagship S90 sedan sibling. It goes on sale ahead of the all-new XC60 SUV, which is also slated for this year. Initially arriving in India via CBU route, it could meet the recently established assembly line in a later stage.

The S90 is offered in a single Inscription trim in India at around Rs. 54.5 lakh (ex-showroom, post GST, New Delhi). With all-wheel-drive, better interior bits, more powerful engine and safety features, the Volvo V90 Cross Country is priced at a highly aggressive Rs. 60.45 lakh (ex-showroom pan India). Deliveries will begin across all the Volvo showrooms in the country.

Power source for the India-spec Volvo V90 Cross Country is a 2.0-litre twin-turbo, four-cylinder, diesel engine capable of churning out 235 hp of peak power and impressive 480 Nm of peak torque. Transmission duty is done by an eight-speed Geartronic automatic gearbox as the XC90 and S90 which helps accelerate from 0 to 100 kmph in 7.2 seconds before topping out 240 kmph.

The V90 CC has the D5 diesel engine same as the XC90 and it’s the second Volvo in India to get so. It is more powerful than the D4 motor found in the S90 with 190 hp and 400 Nm. It uses PowerPulse technology that sends compressed air stored in the canister into the turbo to spool up quicker when the driver demands more throttle and eliminates turbo lag. 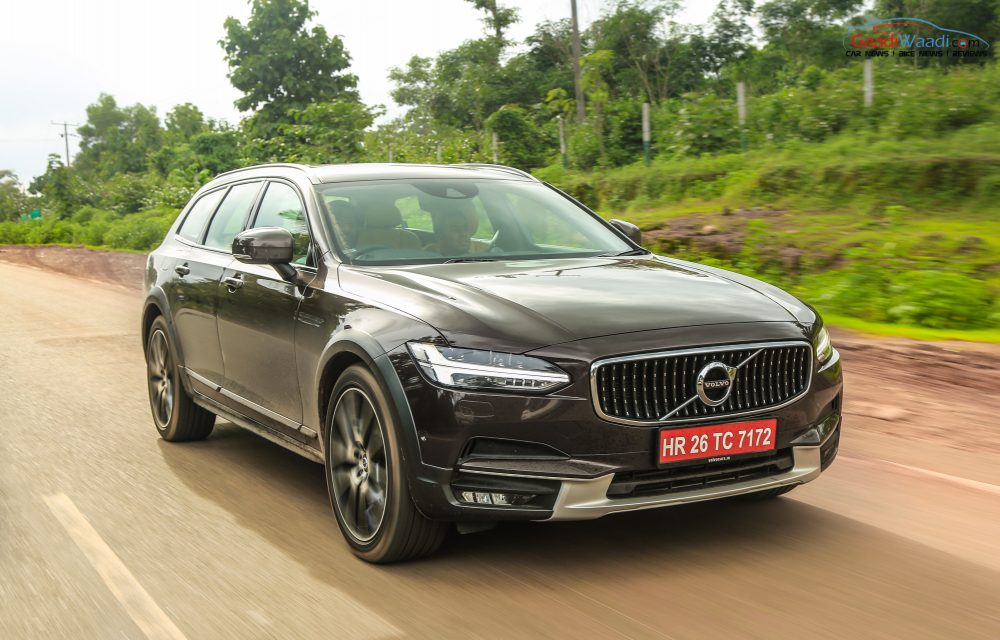 There are four driving modes – Eco, Comfort, Off-road and Dynamic. Eco slants towards economical side, Comfort softens up the hardware for relaxing ride, Off-road livens the CC by sending more power to the rear during challenging surfaces (only till 40 kmph) and Dynamic avails a sporty journey by stiffening the mechanical bits.

The all-wheel drive and torque vectoring system work to find better traction form the 20-inch Pirelli P Zero 20-inch tyres. It will be the only available set on the single-spec Inscription trim at the launch but Volvo could add smaller wheels as optional extra. Moreover, the air suspension keeps the ride plusher. 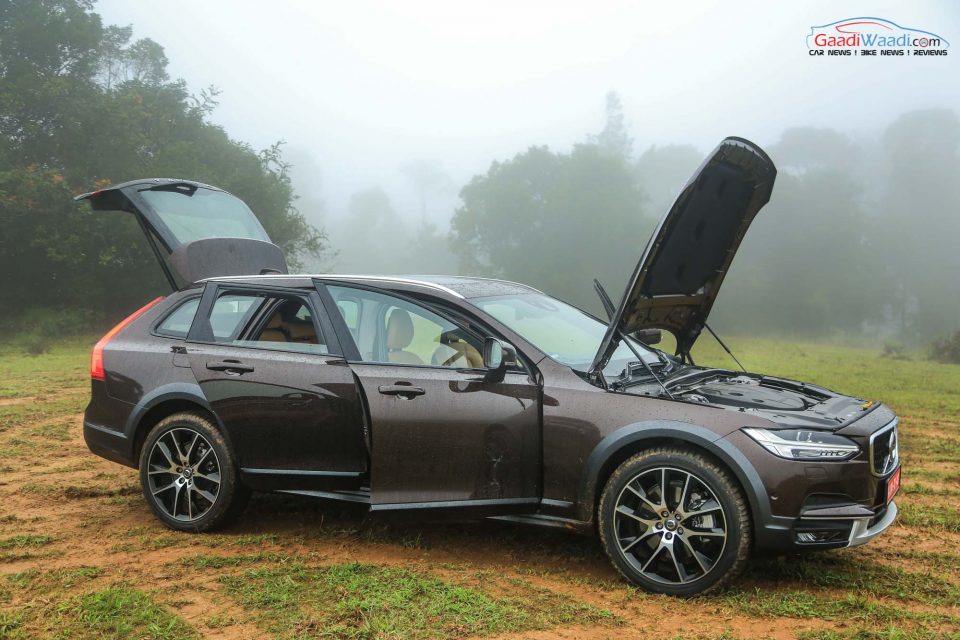 Thanks to the SPA platform, this car will be lightweight and easy for handling, while the performance will be commendable too but it cannot be said as a strict sedan or a SUV as it blends the characters of both. In terms of design, the V90 Cross Country gets sharp headlamps with Thor’s Hammer design LED lights, a large radiator grille and muscular front bumper. 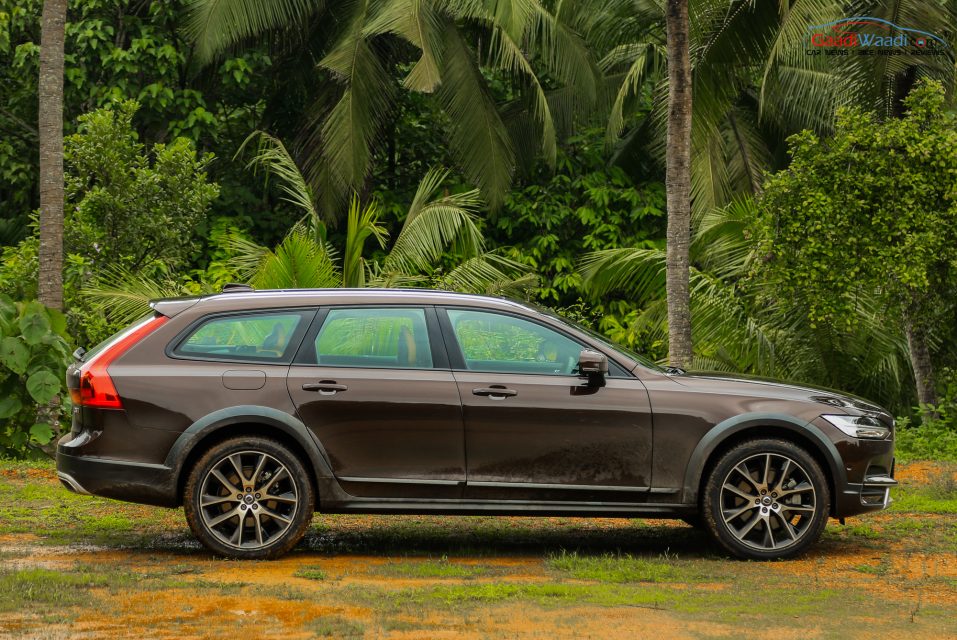 At the side profile, it gets black cladding, side skirt, large sporty alloy wheels, while the rear sports vertically positioned long LED taillights. Thanks to the long wheelbase, the car will offer plenty of space inside the cabin. Also, it will offer the occupants plush luxurious experience.

The interior is based on the well-received S90 sedan with the minimal dashboard comprising a large 12-inch touchscreen. It has less physical buttons as the other siblings from the 90 series but the difference from the S90 is the veneer inserts on the dash and doors with aluminium panels. 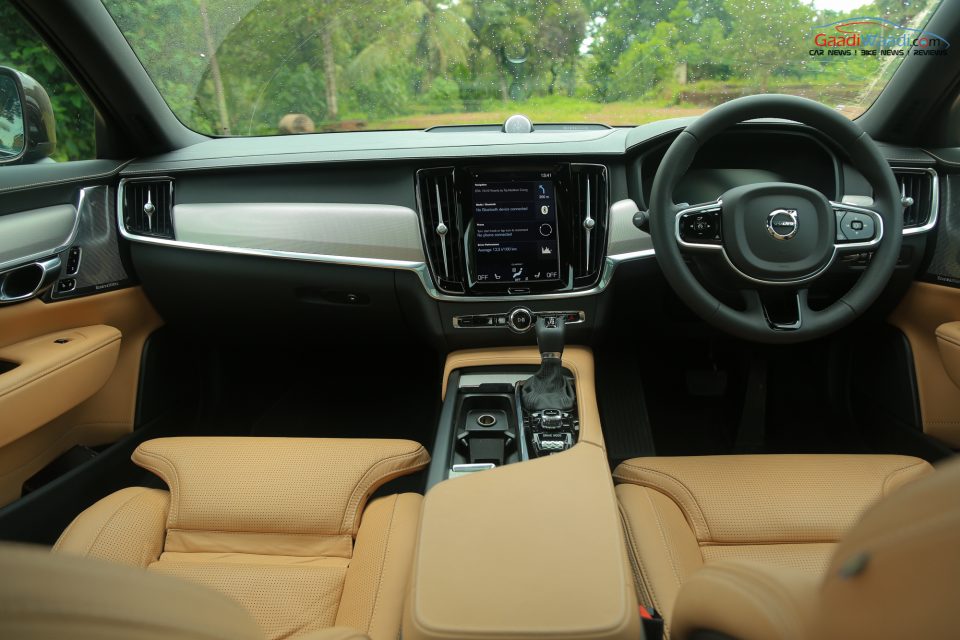 It comes with multiple colour choices including tan leather finish while there are electrically adjustable bolsters, lumbar support and extendable squabs on the front seats. From 560 litres, the seats can be folded to increase the number to 1,526 litres. Other important features are four-zone automatic climate control, HUD, electric tailgate, panoramic sunroof, 1,400W Bowers and Wilkins sound system with 19 speakers, etc.

However, the most influential feature is the Volvo’s signature tablet style centre console with large digital display, as mentioned before, from where various functions can be operated and it also works as an infotainment system. Priority on safety means there are several functions like radar-assisted Pilot Assist, Lane Keeping Function, Front Collision Mitigation Support, parking assist, adaptive cruise control, hill start assist and hill descent control among others. 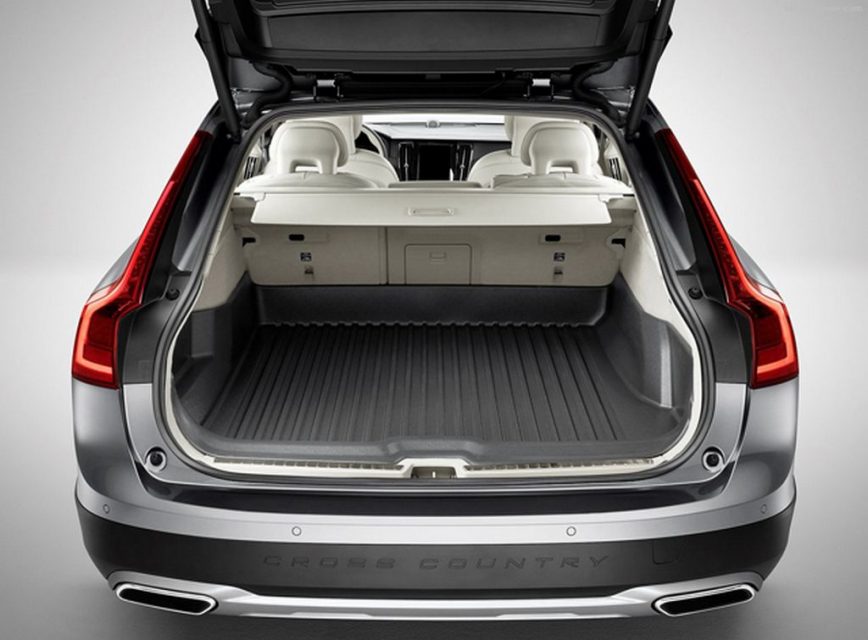 In international markets the Volvo V90 Cross Country rivals Audi A6 All Road, upcoming Jaguar XF Sportbrake and Mercedes E-Class All Terrain. Since market entry, Volvo has played safe-hands with its products but the Cross Country is the first model to open up a niche segment that targets both the sedan as well as SUV buyers.